The Academy is not without reason world-wide one of the most famous and thought after addresses for young musicians. The list of the international prices they won and continue to win is long, and the winner of the ICMA Discovery Award 2016, 13-year-old flautist Nikolai Song is part of it.

At the Gala concert the Ensemble Esperanza led by Chouchane Siranossian amazed the audience. The academy’s orchestra played with gripping swing, joyfully vital and at the same moment with a homogeneous, perfectly nuanced and aesthetically warm sound. 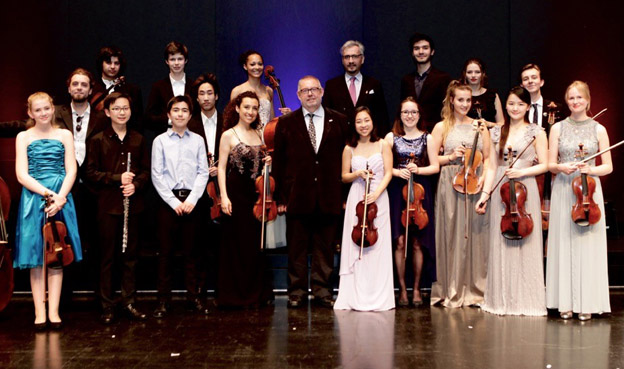 Soloists were the outstanding Nikolai Song, the 12-year-old violin virtuoso Anna Schultsz, the not less virtuoso and high musical 13-year-old pianist Arsen Dalibatyan and the always surprising German pianist Robert Neumann (15) who also presented the concert. The accompaniment was taken over by Mario Häring, an excellent pianist who is starting an internationally successful career.