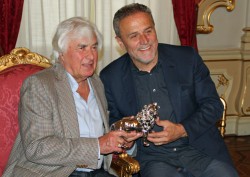 In a ceremony at Dverce Palace in Zagreb, ICMA Lifetime Achievement Award winner Dmitrij Kitajenko has been honoured by the mayor of the Croatian capital, Milan Bandic. Kitajenko is Artistic adviser of Zagreb’s Philharmonic Orchestra. By his professionalism and his commitment, Kitajenko managed to bring the orchestra on a higher level, Bandic said. Together with other cultural institutions the Zagreb Philharmonic is considered as a key element for the development and the growth of the city as a true cultural capital. The mayor underlined that in this context, Maestro Kitajenko plays an eminently important role, and he expressed his satisfaction that he will again conduct several concerts during the next season and also makes important plans for the future. 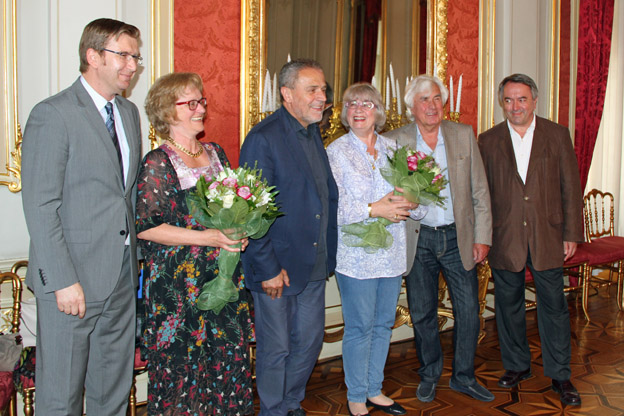