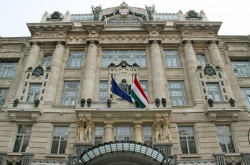 The ICMA Jury was well represented at the inauguration of the Liszt Academy’s  new concert center in Budapest on the 22nd October. Jury members Bernadette Beyne (Crescendo). Aarno Cronvall (Classic Radio), Remy Franck (Pizzicato) and Pierre-Jean Tribot (ResMusica) attended the International press conference and the Grand Opening Gala. With the conclusion of reconstruction work on the palace of music on Liszt Square, which reopened in all its original glory, the institution of the Academy is also renewed. From now on, the university of music and musicology forms a dual entity with a concert organization. Built in Art Nouveau style, the Liszt Academy becomes a concert center organizing its own programs. 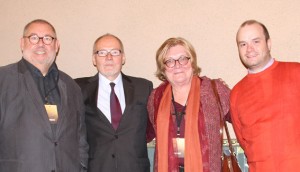