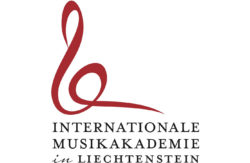 For its 10th anniversary, the International Music Academy in Liechtenstein, a valued partner of ICMA, has released a video on its YouTube Channel, in which several students and teachers deliver their own impressions about this unique Academy. The most important announcement however is that the Academy will get a new venue and will move into the historic Hagen-House in Nendeln from 2024. Until then, the building which is protected as a historic monument will be renovated and prepared for its future purpose as a cultural and music centre.

The management says: « As a result of strong years of growth, our academy had been facing infrastructural challenges for some time. The capacity limits had been reached. (…) After adequate renovation, the historically valuable building-ensemble offers almost perfect conditions for our expanded academy operations. In addition, an important cultural and music centre will be created that will enrich the cultural landscape of Liechtenstein as well as that of neighbouring countries. In addition to a concert hall, the plans also envisage equipping it with state-of-the-art streaming equipment. An investment in a future-oriented technology, the benefits of which became particularly obvious during the Corona period. »