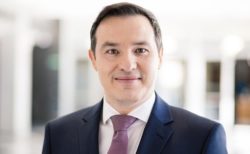 The CD with the performances of the Croatian Glagolitic Requiem by Igor Kuljeric and the Hymn to Freedom by Jakov Gotovac, released by BR Klassik, won the prestigious International Classical Music Award in the choir category. Jury member Sanda Vojkovic made the following interview with Ivan Repusic, the chief conductor of the Munich Radio Orchestra, the guest conductor of the Deutsche Oper Berlin, the chief conductor of the Zadar chamber orchestra and the person responsible for the selection, performance and recording of the award-winning program.

What does this award mean to you, the person who chose this program and conducted the performance?
The prize primarily brings a sense of satisfaction and pride, but not so much personal pride as much as the pride that two Croatian vocal compositions won this award, and in an international interpretation as well, which adds a special importance to it and gives me an immense pleasure. On the other hand, it’s also the result of the successful cooperation of the Bavarian Radio, the Ministry of Culture and Media of the Republic of Croatia, the city of Zagreb and the concert hall Vatroslav Lisinski because the project was introduced in Munich and Zagreb at the time Croatia presided over the Council of the European Union.

Why did you choose Kuljeric’s Croatian Glagolitic Requiem, and what does this composition mean for you as an artist?
For me choosing that composition was very emotional because I knew Igor Kuljeric and his family, and as a boy I went to the premiere of it in Zadar. During the preparations I continuously communicated with Igor’s wife Vanja Kuljeric. I also went to the St. Michael’s monastery in which Antun Dolicki found an old Croatian text of the requiem which Kuljeric used as inspiration for the composition. Because of all that I wanted to be extremely well-prepared so I could make an exemplary interpretation of this amazing composition. 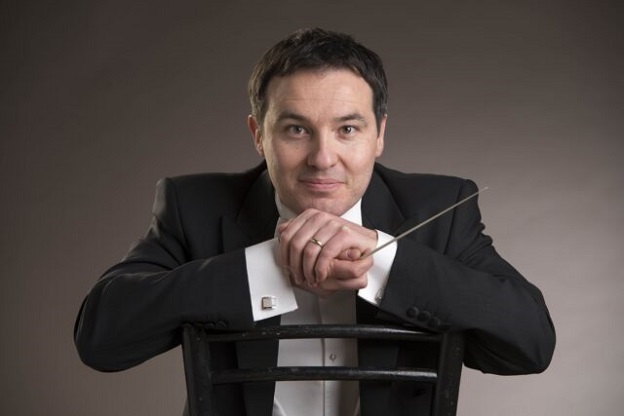 The ensembles that performed the composition were the Bavarian Radio Choir and the Munich Radio Orchestra. How difficult was it to get them to perform a composition whose text isn’t in Croatian, but Old Slavic?
My advantage was that the Munich Radio Orchestra also works with programs in which great importance is given to performing lesser-known works, so it was possible to perform them in the Paradisi Gloria cycle, which was started by my predecessor Marcelo Viotti. The whole cycle is dedicated to vocal-instrumental spiritual works of the 20th and 21st century and they’re performed in the modern Munich church of the Heart of Christ. As such Kuljeric’s Croatian Glagolitic Requiem fits perfectly into the cycle. It was also lucky that the label BR Klassik accepted that program for publication.

Did Croatian, or better yet Old Slavic pose a problem during the preparations for the performance?
When the choir manager Susanne Vongries found out we’re doing Kuljeric’s and Gotovac’s works, which happened a year and a half before the performance, she immediately started looking for a Croatian language consultant. The role was taken by the young conductor Darijan Ivezic, who works in the Gärtnerplatztheater as a rehearsal pianist. He came to the Choir’s practice sessions and helped them with the pronunciation. After only three rehearsals even he was fascinated with the speed the performers learned the pronunciation. Of course, it also helped that the Choir had a lot of experience with performing Slavic works in their original languages, which helped them quickly learn Croatian, or more accurately Old Slavic pronunciation. And once the Choir learned that it would perform in Zagreb their motivation grew, precisely because of their respect for the Zagreb audience when performing a piece by a Croatian composer.

Your soloists, soprano Kristina Kolar and baritone Ljubomir Puskaric, as well as mezzo-soprano Annika Schlicht and tenor Eric Laporte, were also part of the performance. Did this mixed cast make it easier or harder to perform?
It’s fascinating how much the singers cooperated with each other. Kristina and Ljubomir promptly addressed any confusion Annika and Eric had, so by the time I came to the first rehearsal I didn’t have any need to intervene in their pronunciation. They also had help through an old recording of Kuljeric’s Croatian Glagolitic Requiem from 1999, so they could listen to the performance. This really shows not only the professionalism of the performers, but also the connections music makes, first between the performers and then with the audience.
I was also fascinated by the Orchestra which was used to performing lesser-known works by lesser-known composers as well as contemporary works, and in one rehearsal a member of the orchestra’s second violins came to me and asked to look at the sheet music at a specific place and to take a photograph as she was completely mesmerized by the orchestration of that part of the composition.

It’s notable that ever since you’ve been working as a conductor in Germany, your discographic production has been growing year by year. In 2020 you have published 4 recordings! How important is it for you to publish new recordings?
If it wasn’t for the pandemic, I think I would have recorded even more. From just June to December of 2020 I made four recordings that will be published in this year. These are Vanhal‘s symphonies, two editions with compositions by Peteris Vasks and an edition of Arvo Pärt with the recordings of Stabat mater, Fratres and several others. 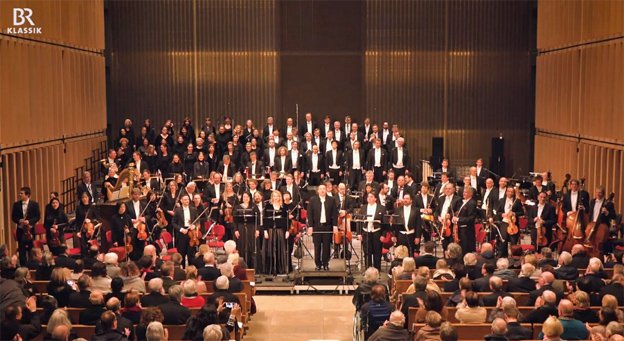 Of the four editions that were published in 2020, two are dedicated to Croatian music, this edition that we’re talking about and Jakov Gotovac’s Ero from the other world (published by cpo). It seems like you also have the same reasoning as famous Croatian conductor Lovro von Matacic who once said: “When debts will be settled, nobody will ask what I did for international composers, but what I did for Croatian music”. Sometimes it seems to me that it’s easier to do something for Croatian music abroad than within Croatian borders, which was also proven by the many great performers that left Croatia. What can we change?
It is extremely difficult to present such technically difficult Croatian works in a large music center such as Munich, in front of ensembles that can perfectly judge the quality of a work. That requires a huge professional, performance and emotional effort from the conductor. Knowing how demanding the sheet music is, you must be very well prepared and be completely emotionally fulfilled to achieve the desired result.
Ero from the other world was prepared, performed and recorded in five days. Honestly speaking, I couldn’t stop wondering at how the Choir managed to get ready and have such a top-line performance in such a short time.
The fact that we’re a small country also makes the situation more difficult. On the other hand, when we see what amazing progress equally small countries, like Lithuania or Estonia, have made by investing into classical music, young musicians and editions, then we can see we can do it if we truly want to.
What needs to be done? We need to direct all our energy towards better connections within the European Union, our institutions should connect better with their institutions and artists and open new possibilities for cooperation, exchange of experiences, and creation of contacts. We’re missing an institution in the true sense of the word that will handle only the promotion of Croatian musicians and music abroad, creating connections and presenting Croatian music. When I was the music chief of the Dubrovnik Summer Festival I always tried to achieve the cooperation of foreign ensembles with our performers or composers. Now it feels like we’re not doing that anymore. We need to encourage and build awareness so that, starting from pupils and students of music, everyone pays more attention to the studies, knowledge and promotion of Croatian music. 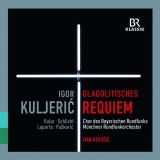 According to the results, it’s as if 2020 wasn’t a pandemic year for you. How did you manage to get through the pandemic and how hurt was the whole music sector by it? What are your plans for 2021?
In the last year a lot of opera projects were cancelled, so we mostly worked on recordings with radio ensembles or live stream concerts. I had the luck to hold them. This year I should be having concerts in Bremen, Nice, Frankfurt, Mannheim, a concert with the Berlin Radio Orchestra in the Berlin Philharmonic Orchestra’s Hall, a new production of Turandot in Dresden, Fedora and La Bohème in Berlin, concerts with my Munich Radio Orchestra and a number of tours, if we will be able to hold them. Of course, there are also the concerts with the Zadar Chamber Orchestra, Croatian Radiotelevision Orchestra and the Zagreb Philharmonic.