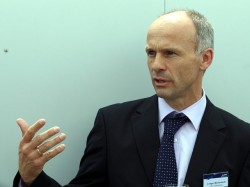 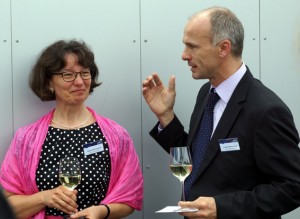 Audite was founded in 1973 by Friedrich Mauermann. The creation took place at a period when the music market was dominated by the so called major labels and a new independent label was, for sure, not easy to launch. But the team around Friedrich Mauermann did a brilliant job and when in the year 2000 Ludger Böckenhoff took over, the label was firmly established. The new owner successfully challenged the difficult market with a growing number of labels and a declining number of sales. 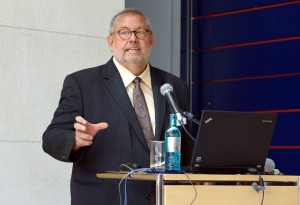 The overall quality of the Audite releases convinced the ICMA Jury. The Jury nominated a large number of CDs and awarded the label several prizes, notably the ‘Label of the Year’ award in 2013. The Jury statement says: « Audite has been presenting new and historic recordings in a homogeneous coexistence for 40 years by now. Even in these difficult times the label doesn’t forsake this policy and continues to issue long forgotten recordings which prove highest quality in every sense, as well as they give chance to talented performers in a broad range of repertoire. »

At Berlin’s birthday celebration, Jury president Remy Franck presented the congratulations in the name of his colleagues: « Congratulations, dear friends from Audite, we are proud to have you now in the worldwide ICMA family. In the name of all my colleagues I wish you a radiant future. » 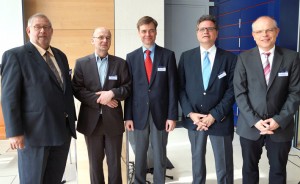 Among Audite’s anniversary projects there is one which is especially fascinating, a cooperation with the Lucerne Festival which will open its archives. Michael Haefliger, Artistic and Executive Director of the Lucerne Festival informed about the edition which is due to start in September with recordings by Clara Haskil (Mozart, Piano Concerto K. 466) and Robert Casadesus (Beethoven, Emperor Concerto) with conductors Otto Klemperer und Dimitri Mitropoulus. The second CD is dedicated to Isaac Stern, with Tchaikovsky’s Violin Concerto conducted by Lorin Maazel and Bartok’s Second Concerto conducted by Ernest Ansermet.

Siegwald Bütow, Orchestra Manager of the WDR Sinfonieorchester, presented the edition ‘Schumann’s Complete Symphonic Works’ to be recorded under the baton of Heinz Holliger.

Other new releases comprise a new Celibidache box with 12 CDs and the Amadeus Quartet Edition, dedicated to this outstanding German string quartet forever considered as being the leading quartet of its time. 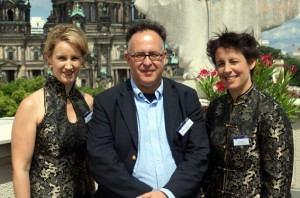 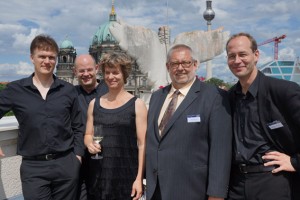