Today the Lucerne Symphony Orchestra’s residency at the Tongyeong Festival in Korea came to an end. The orchestra had  a great success. Both symphonic concerts as well as a concert for children were sold out, and today’s chamber music concert was very well attended, the management says. 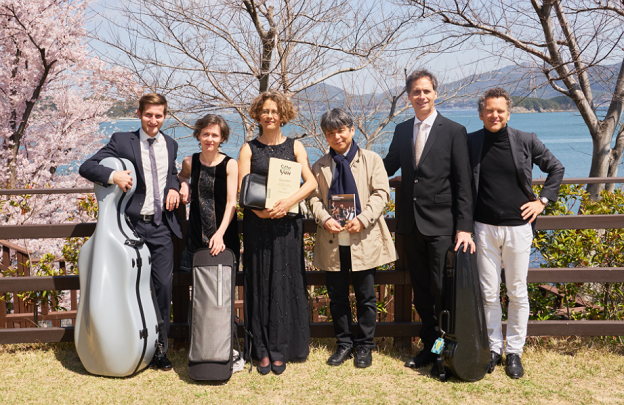 Photo taken at the Isang Yun memorial, next to the concert hall with the composer Toshio Hosokawa, who was once a student of Isang Yun. Furthermore, we see on the photo Jonas Vischi, cello, Lisa Schatzman, violin, Andrea Bischof, oboe, Alexander Besa, viola and intendant Numa Bischof-Ullmann. (c) Sihoon Kim (TIMF)