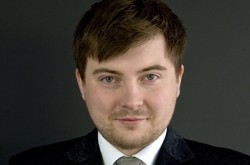 Polish flutist Lukasz Dlugosz was among the musicians having recorded a Concerto disc with compositions by Krzysztof Penderecki for Dux. This disc won in the category Contemporary music of the ICMA Awards 2016. Lukasz Dlugosz was also one of the winners to perform at the ICMA Gala Concert in San Sebastian. Jury member Maciej Chizynski (ResMusica) has made the following interview.

With whom did you study and how did your studies with different professors influence your views on music?
From an early age, I participated in master courses which complemented my education. Among others, I took part in Sir James Galway’s, Aurèle Nicolet’s and Peter-Lukas Graf’s classes. When I was a student, meeting and playing in front of Galway was a great experience. Now, retrospectively, I think that recurrent courses with Peter-Lukas Graf might have had the greatest influence on me. I met him as a high school student on my musical road. At this stage of education, his remarks were extremely precious and stimulating to my fast career development. Then, those were master-student relations, but a few years later, I sat with him on a flute competition jury and we conducted summer master courses together. He is one of the last living students of Marcel Moyse, recognized to be the father of the modern school of playing the flute. He is the source of knowledge and he is characterized by great aesthesia to sound and articulation which is being lost among the new generation of flutists.

You also made regular studies in three important music centers…
I was extremely lucky to study at renowned centres with prominent masters of flute art. I studied, among others, at the Hochschule für Musik und Theater in Munich, at the Conservatoire National Supérieur in Paris and at the Yale University in New Haven. In Munich, I understood the ideas of the baroque and classical styles. On many occasions, I cooperated with the outstanding orchestra of the Munich Bach Collegium, with which I performed pieces by Bach. In Paris, on the other hand, my professor encouraged me to broaden my knowledge of the most important flute pieces of the 20th century, and at the Yale University, I acquired precious professional contacts. Although these three centres are distant from one another, my mentors came from the stream of the French school of the flute playing. 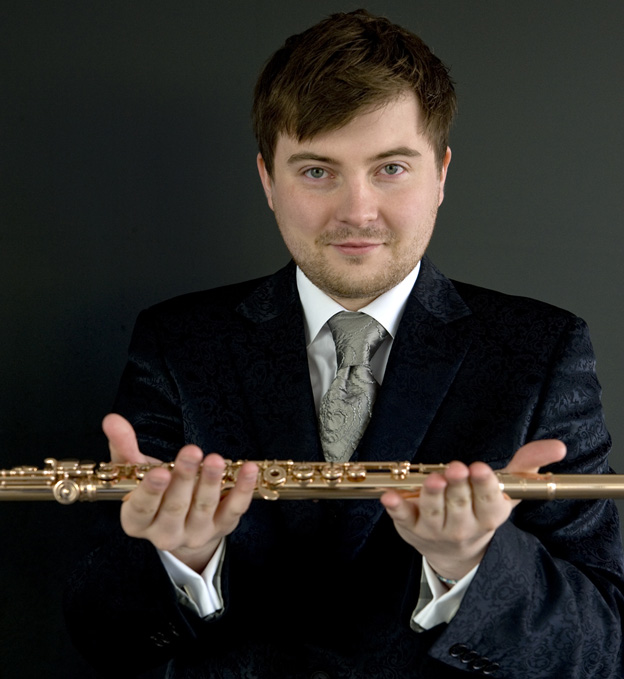 Who were your mentors then and what do you exactly mean when you say “French school”?
The most important of my mentors and the person with whom I studied for the longest time is András Adorján. Although I studied under his supervision in Germany, his performance aesthetics was strongly based on the French school, the characteristics of which are brightness and carrying capacity of sound, selective articulation and tone colour spectrum.

Have you ever studied in Poland as well?
I learnt in a few cities with different pedagogues and I tried to acquire the most precious tips from each of them. From an early age in my education, I attended competitions at which I quickly started to win prizes. I won my first Polish nationwide competition at the age of 10, after one year of learning, therefore the school principal made it possible for me to study in a special individual programme, so that I had better development conditions and more time for practice before competitions. I practiced a lot in childhood so today I have a great technical margin and stage experience to allow myself to be more relaxed.

What about international flute competitions?
From the beginning of my education, I participated in flute competitions which, at this stage, were an incentive to further education. I often spent financial rewards from competitions on instruments necessary for my further career development. For many years, I have appreciated flutes made by American companies. Additionally, to perform modern music, I have all the flutes from the base to the piccolo in my collection. Good instrumentation is the guarantee of constant development.

Which was your most important competition success?
If you ask a flutist which competition is the most important one, he will certainly tell you that it is the Jean-Pierre Rampal Flute Competition in Paris. A reward at this competition opened me the door to prominent concert halls and made possible my cooperation with renowned orchestras of the world. Taking part in that prestigious competition, I had already been a winner at a few equally important ones. Therefore, I was under a great pressure. There were numerous fans of mine in the audience who counted on me getting a prize. I am happy I did not disappoint them. It was a four-stage competition. Mastering of the whole repertoire of several pieces – among them the one especially written for the competition – took many hours every day and it included solo and chamber music pieces as well as a concerto with orchestra. During the particular recitals, one had to shift quickly from one style to another.

You are also competition juror. How old were you when you served on a jury for the first time?
I was 22 when I was first invited as a juror to the International Flute Competition in Timişoara. From that time on, I have regularly sat on the jury bench. Retrospectively and from my own experience in both roles, first as a participant and then as a juror, unfortunately, I must say that competitions do not contribute to growth and advancement of artistic personality. According to me, competitions do not allow for the freedom of interpretation. Competitors are focused too much on perfection of performance, giving too little thought to the most important point that is making an artistic creation.

Some great musicians, however, were noticed because of competitions, Daniil Trifonov for example…
Of course, great competitions pick out musical talents and artistic personalities, although it is not an incontestable and the only way of career developing. If you mentioned Trifonov, let me give you another example, that of an outstanding Polish pianist Piotr Anderszewski…

When you name Anderszewski, I think immediately of chamber music. Do you like performing it?
As a musician, I also feel a need, besides soloist appearances, to perform chamber music. I enjoy it a lot. Of course, the most important are partners and mutual understanding in playing music together. For years, I have had a steady pianist in concerts and chamber recitals. Very often, I play with my wife Agata who is a flutist too.

Do you teach as well?
I like teaching, but only on master courses or private classes. Unfortunately, I do not have time for regular teaching. My concert life and frequent travels are taking their toll on my time. 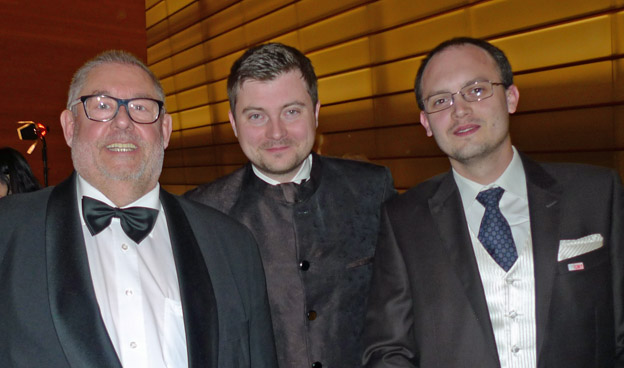 Is there any piece of advice that you would like to give to young flute players?
There is no more effective recipe than hard work and confidence in one’s own potential with a little bit of good luck. Development of each musician is very individual and depends on many physical and psychical conditions, the most important being: continuous development, search for masters and inspiration as well as following one’s own musical intuition.

Which kind of music and music from which period do you like performing the most?
I like every good music from baroque to the contemporary pieces, but if I were to give a precise answer I would rather say contemporary music because of freedom of interpretation and possibility of cooperation with prominent living composers.

What do you mean by “freedom of interpretation”? Do you not have freedom of interpretation in a baroque music, due to lack of precise indications, like tempo or sound intensity?
The contemporary flute is an instrument offering many possibilities in terms of power and colours of tone. This is appreciated by modern composers. Of course, baroque music constitutes a foundation for later styles, nonetheless, contemporary living composers often leave a lot of performance freedom to the artist. Thanks to it, a piece which is performed by the same soloist over and over again may show “different facets”. An active role in creating an opus – especially live – is extremely fascinating for me. I will anticipate the next question here. I do not mean freedom of reading the text because thanks to my personal cooperation with the composer I know how much individualism I can afford in his creation.

You cooperate a lot with Krzysztof Penderecki. Does he give you precise interpretative indications or he gives more liberty?
I have known Maestro Penderecki since I played his Flute Concerto conducted by him over 10 years ago. We have regularly performed it together since then. During our first performance, Maestro gave me a lot of precious interpretative indications and lined out circumstances of the opus creation. We performed his Flute Concerto at many occasions. Now, I can state that the very uniqueness of this beautiful piece is consisted in interpretative liberty in spite of its classical nature. Last time, we played a concert together in Doha, with the Qatar Philharmonic. After that concert, Maestro told me that he would wish to write for me another concerto for the flute. That has made me very happy. Our cooperation is superb. Generally, I am very lucky to live in the ‘golden age’ of Polish music. It is amazing how many prominent Polish composers have shown up during the last 50 years. Every year, I give first performances of a few pieces by outstanding composers. I talk with them a lot about interpretation of their music. It is an incredible feeling to give the first performance of a new composition which nobody listened to before, which existed only in composer’s imagination – it is like discovering new lands, unwritten scores. I am happy that contemporary music is that much appreciated by audiences all over the world.
At the end, I would also like to mention that another great Polish composer, Pawel Mykietyn, is writing a Double Flute Concerto, and that I shall give its first performance very soon, most probably in May.