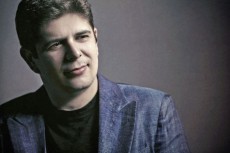 At ICMA’s Gala Concert in San Sebastian, Spanish pianist Javier Perianes will represent the label he is exclusively recording for, Harmonia Mundi. Remy Franck met him for the following interview.

In Spain, if we don’t consider the composers who were also pianists, we have Alicia de Larrocha, Joaquín Achúcarro, José Iturbi…and you. Isn’t Spain a piano land?
Of course, the greatest Spanish pianist was Alicia de Larrocha. She played with all the major orchestras on the world. But there was also Rafael Orozco who made a recording of the four Rachmaninov Concertos with Edo De Waart in Rotterdam. Yet for me, it is a great honour that you are putting my name on that list. END_OF_DOCUMENT_TOKEN_TO_BE_REPLACED 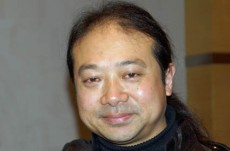 The ICMA Award 2015 in the category Contemporary music went to a Deutsche Grammophon recording featuring music by Korean composer Unsuk Chin, including the Concerto for Sheng and orchestra, performed by Wu Wei and the Seoul Philharmonic conducted by Myung-Whun Chung. The famous Chinese Sheng player Wu Wei took part in the ICMA Award Ceremony 2015 in Ankara as well as in the Gala Concert. ICMA jury members Serhan Bali, Guy Engels and Mario Vogt met the artist for an interview. END_OF_DOCUMENT_TOKEN_TO_BE_REPLACED 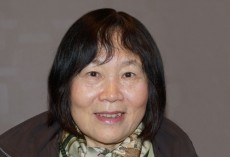 Chinese pianist Zhu Xiao Mei* won an ICMA Special Award 2015 with her Bach recordings for Accentus Music**. ICMA Jury member Nicola Catto has made the following interview with her. END_OF_DOCUMENT_TOKEN_TO_BE_REPLACED 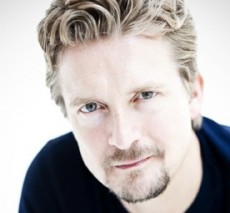 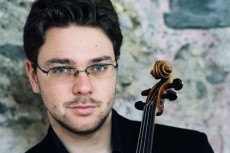 Born in Moscow into a family with an established musical tradition, Alexander Sitkovetzky came to study at the Menuhin School in London. Today, he is making a career as soloist and as chamber musician as well. As part of the cpo box with the symphonies and concertos by Andrzej Panufnik, his recording of the Violin Concerto received an ICMA Award in 2015. Alexander Sitkovetzky took part in the ICMA Gala Concert in Ankara, and at this occasion, Remy Franck made the following interview. END_OF_DOCUMENT_TOKEN_TO_BE_REPLACED

When did you decide to become a singer?
Early, when I was ten! In the beginning I wanted to sing pop music. But when I decided to be a singer, I wanted to sing in a proper way. I thus decided to take lessons and came in touch with opera. I completely fell in love with it. END_OF_DOCUMENT_TOKEN_TO_BE_REPLACED 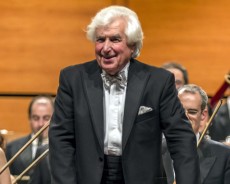 This year, Russian conductor Dmitrij Kitajenko is honored with the Lifetime Achievement Award of the International Classical Music Awards (ICMA). Born in 1940, Kitajenko was Music Director of the Moscow Philharmonic, the Frankfurt Radio Symphony Orchestra, the Bergen Philharmonic and the KBS Symphony Orchestra in Seoul. Some of his most outstanding recordings were realized with the Gürzenich Orchestra in Cologne, notably the complete symphonies by Tchaikovsky (Oehms Classics), Shostakovich (Capriccio) and Prokofiev (Capriccio). Please read our interview with Dmitrij Kitajenko. END_OF_DOCUMENT_TOKEN_TO_BE_REPLACED