The Jury of the International Classical Music Awards (ICMA) today announced the Awards for 2021. German soprano Edita Gruberova is honoured with the Lifetime Achievement Award. Spanish conductor Pablo Heras-Casado is Artist of the Year, Turkish pianist Can Cakmur is Young Artist of the Year. The Discovery Award is awarded to 14-year-old German violinist Maya Wichert. END_OF_DOCUMENT_TOKEN_TO_BE_REPLACED 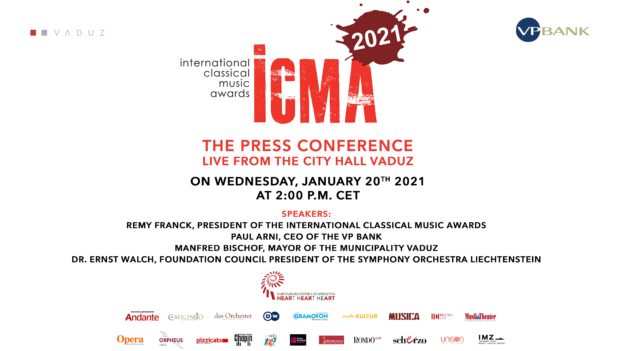 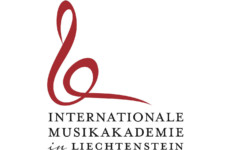 For its 10th anniversary, the International Music Academy in Liechtenstein, a valued partner of ICMA, has released a video on its YouTube Channel, in which several students and teachers deliver their own impressions about this unique Academy. The most important announcement however is that the Academy will get a new venue and will move into the historic Hagen-House in Nendeln from 2024. Until then, the building which is protected as a historic monument will be renovated and prepared for its future purpose as a cultural and music centre. END_OF_DOCUMENT_TOKEN_TO_BE_REPLACED

In three rounds, the Jury of the International Classical Music Awards (ICMA) has chosen the releases competing in the finals for the awards 2021. The initial list with a total of 365 nominations has been reduced to three releases per category, the finalists for 2021. END_OF_DOCUMENT_TOKEN_TO_BE_REPLACED

The ICMA nomination list for 2021 is available. For the 2021 awards the Jury of the International Classical Music Awards (ICMA) has nominated 365 audio and video productions from 122 labels. To see the list, just click on our Nominations button, which will lead you to lists sorted by labels or categories. END_OF_DOCUMENT_TOKEN_TO_BE_REPLACED

Also for the Awards 2021, jury members received shortly before the deadline loads of CDs from some labels, which were probably meant to be ‘submitted’ to the ICMA. But this is due to the unfortunately still widespread misconception that labels must ‘submit’. Wrong! We can see that many people did not read and understand our guidelines. END_OF_DOCUMENT_TOKEN_TO_BE_REPLACED 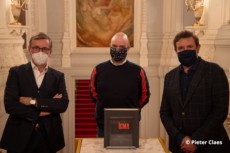 At the International Classical Music Awards 2020, Penthesilea by French composer Pascal Dusapin and the ensemble of La Monnaie has been named best contemporary album. The recording was made during the world premiere of the opera at La Monnaie. As Pascal Dusapin was unable to attend, it was Peter de Caluwe, General and Artistic Director of La Monnaie, who received the trophy, in the presence of Cédric Hustinx, director of the Cypres label. It was presented by Pierre-Jean Tribot, editor-in-chief of Crescendo and member of the jury. END_OF_DOCUMENT_TOKEN_TO_BE_REPLACED 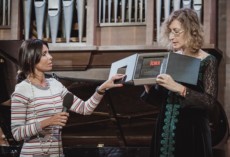