ICMA has voted Swedish clarinetist and conductor Martin Fröst as their 2022 Artist of the Year Award for his innovative global career, his impressive discography, and his philanthropy. Alexandra Ivanoff from the Hungarian Jury member Papageno has an interview with the musician which you can read with this link.

Julian Kainrath is the very talented violinist from South Tyrol (he was born in Merano) who won the Discovery Award in the ICMA 2022 edition: he is not even 17 years old! He will play on April 21st at the Philharmonie in Luxembourg with the Luxembourg Philharmonic Orchestra conducted by Adam Fischer (who will receive the Lifetime Achievement Award): his programme includes the virtuoso Introduction et Rondo capriccioso by Saint-Saëns. But on February 28th Julian played in Milan, with the pianist Luigi Carroccia, for the season of the Società dei Concerti: a concert that showcased the truly promising talent of this musician, whom Nicola Cattò (Musica, Italy) met for an interesting interview.

You were born in a borderland, among different languages (Italian, German and the Spanish of your Bolivian mother’s side) and cultures that are sometimes far apart. How did you live this fact? An enrichment or a difficulty?
It’s true, my mother is South American and I speak Spanish with her; my father is from Bolzano, on the border between Austria and Italy, and I speak German with him, while my parents use Italian with each other! For this reason, I am of the opinion that any approach to other cultures enriches artists, musicians. END_OF_DOCUMENT_TOKEN_TO_BE_REPLACED

The luxembourgish conductor Pierre Cao is winner of a Special Achievement Award  in this year’s International Classical Music Awards. Guy Engels (radio 100,7/Luxembourg, member of the jury) had the opportunity to talk with Pierre Cao.

Pierre Cao, you came to music relatively late, after you had already taken a different path professionally.
I was never meant to be a musician. After finisning my normal school, I worked in a washing machine factory. It was only when I spent a longer time in a sanatorium in Switzerland for health reasons that I decided to make music. My parents agreed, although it wasn’t easy for them because they didn’t have the financial means.
I also had a hard time in this new world for a long time. END_OF_DOCUMENT_TOKEN_TO_BE_REPLACED 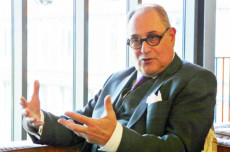 The Warner boxed set of the complete official recordings of the legendary conductor Wilhelm Furtwängler has won an International Classical Music Award in the Historical category. This award was the occasion for Pierre-Jean Tribot (Crescendo/Belgium, member of the jury) to make the following interview with Stéphane Topakian, the main editor of this set and a great connoisseur of the maestro’s art.

For many years now, many live recordings of Furtwängler have been released. As a result, we have lost sight of the importance of his official legacy, which seemed to have been forgotten by the regular re-releases of Universal and Warner? So how can we consider these official recordings in their contribution to our knowledge of his art? Moreover, one has the impression that Furtwängler, the epitome of the conductor, gave his all in concert. Listening to the recordings, isn’t this impression wrong?
Furtwängler considered the live experience of the concert as irreplaceable. The live recordings that can result from it are of course unique moments, but do they alone represent Furtwängler’s vision of this or that work? Certainly not. END_OF_DOCUMENT_TOKEN_TO_BE_REPLACED

Adam Fischer doesn’t spend much time at the sound engineer’s desk, he’s not interested in working at the editing table, but in being on the podium with the orchestras he works with, because they know each other very well. Being the Lifetime Achievement Award winner of the International Classical Music Awards (ICMA), he sat down to talk with Csabai Máté from the Hungarian Jury member Papageno about recording and his favorite composers.

Congratulations on your Lifetime Achievement Award! The oeuvre is not small even if you only look at the recordings you made.
Now comes the question as to how I feel about the award, right? It would be nice, but I prefer to look to the future rather than the past. I’m over the past. I don’t like listening back to my recordings again either because all I keep hearing is what I didn’t do right. It’s better not to hear them. END_OF_DOCUMENT_TOKEN_TO_BE_REPLACED

Appointed in 2007 as director of Château de Versailles Spectacles, Laurent Brunner created their own record label in 2018. This Lorrain revives in Versailles with the success he had with a festival in Verdun, then with Le Carreau in Forbach, with, always, the search for excellence. In 2022, four years after its launch, Château de Versailles Spectacles became Label of the Year of the International Classical Music Awards (ICMA). Remy Franck met Laurent Brunner for an interview.

Your record label was launched in 2018, so about ten years after the creation of Château de Versailles Spectacles, a private subsidiary of the public institution. How would you assess the situation?
The result is very particular because our activity comprises two years of pandemic. On the one hand, there was a slowdown in sales and on the other hand, the transition to digital, which was reinforced by the absence of concerts with an audience almost everywhere. END_OF_DOCUMENT_TOKEN_TO_BE_REPLACED

German pianist and conductor Frank Dupree has won the ICMA (International Classical Music Awards) prize in the Assorted Programs category with a CD of concertos and a Chamber Symphony by Nikolai Kapustin. Remy Franck talked with the musician.

Kapustin’s music combines jazz and classical music. The interpreter has to be able to reproduce this mélange. Is that actually difficult?
I grew up as a classical pianist and enjoyed a really classical piano education. Through my drum teacher, whom I had since I was a little boy, I got to know jazz and also African and Latin American music. As a teenager, I combined both and played a lot of jazz in addition to classical music, including Gershwin and Kapustin. END_OF_DOCUMENT_TOKEN_TO_BE_REPLACED 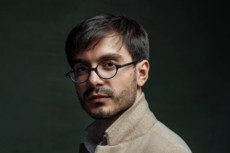 Romanian composer Sebastian Androne has won the Composer Award at the 2022 International Classical Music Awards (ICMA).  « He is a true talent, showing creativity and versatility in contemporary music as well as in soundtracks for film and theatre. » the ICMA jury said in a statement. An interview with the awardee is available at this link. 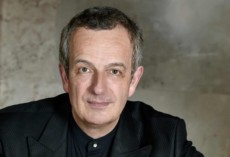 His fellow students at New York’s Juilliard School called Michael Korstick « Dr. Beethoven. » But it was only at the age of 43, after 20 successful concert seasons, that his first CDs appeared – and promptly caused a sensation. Since then, he has released some sixty productions, for which he is receiving a Special Achievement Award from the International Classical Music Awards (ICMA) this year. ICMA Jury member Remy Franck (Pizzicato/Luxembourg) talked to the pianist.

In the music world, there are the so-called stars and there are a myriad of artists that not everyone necessarily knows. You belong to the latter, as someone who works quite seriously, gives a lot of concerts and makes a lot of records, and I suppose you don’t like the media hype either?
I once read in an article that I was the antistar of the scene, and I actually liked that quite a bit, because I can live with that attribute better than anything else. For me, the first question is: for whom do I make music and for whom do I want to make music? END_OF_DOCUMENT_TOKEN_TO_BE_REPLACED