Today the Jury of the International Classical Music Awards (ICMA) announced the winners of 26 awards for the 2022 edition. « Our international and independent Jury has selected the winners from a nomination list comprising 377 productions and a wide range of artists and labels. Our winners are the expression of the highest artistry, and the list of awards shows that our jury is not content with a superficial evaluation of the music industry but performs a comprehensive and in-depth analysis. The winner list comprises many renowned as well as lesser-known and young musicians and no less than 17 labels! » said Remy Franck, President of the Jury. END_OF_DOCUMENT_TOKEN_TO_BE_REPLACED 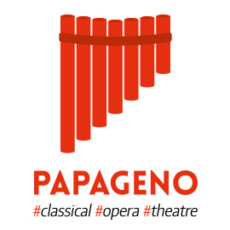 In three rounds, the Jury of the International Classical Music Awards (ICMA) has chosen the releases competing in the finals for the awards 2022. The initial list with a total of 377 nominations has been reduced to three releases per category, the finalists for 2022. END_OF_DOCUMENT_TOKEN_TO_BE_REPLACED

The International Classical Music Awards ICMA today announced the nominations for their Awards 2022, celebrating the best musicians and recordings. This year’s nominations include many renowned soloists, ensembles, conductors and orchestras as well as a lot of young musicians, many of them being first-nominees. A total of 377 audio (+12) and video productions from 129 labels (+7) have been nominated. To see the list, just click on our Nominations button, which will lead you to lists sorted by labels or categories. END_OF_DOCUMENT_TOKEN_TO_BE_REPLACED 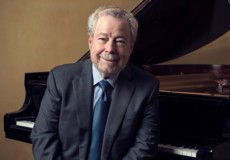 Brazilian pianist Nelson Freire died today at his Rio de Janeiro home at the age of 77. In a career that spanned over 60 years he continued tirelessly to impress with his artistic seriousness and depth. END_OF_DOCUMENT_TOKEN_TO_BE_REPLACED

Slovak soprano Edita Gruberova died on 18 September in Zurich at the age of 74. The singer had undergone knee surgery in June. This had prevented her from attending the ICMA gala in Vaduz, where she was to have been honored with the Lifetime Achievement Award. END_OF_DOCUMENT_TOKEN_TO_BE_REPLACED 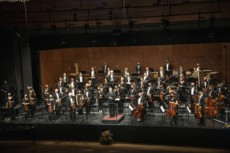 ICMA and the Sinfonieorchester Liechtenstein presented a spectacular Gala Concert on Sunday 27 June at the Vaduzersaal in Vaduz, Liechtenstein. The Gala is now again available for streaming in an edited version. END_OF_DOCUMENT_TOKEN_TO_BE_REPLACED