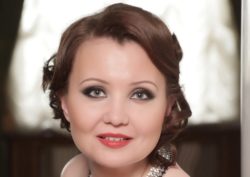 In the new recording of Rossini’s opera Semiramide, released by Opera Rara, Albina Shagimuratova sings the title role. This production has received an ICMA award in the category Opera. The Russian soprano spoke about it with Nikolai Rybinsky, opera reviewer of Radio Orpheus.

Every recording has its own story. How do you remember this one?
In 2007, I sang an aria from Semiramide at the International Tchaikovsky Competition. Back then I never thought that I would sing the entire part, as Rossini composed it for his wife, Madame Isabella Colbran, who was a mezzo-soprano. Yet, I could do it, and I began working on the role in 2015. The recording took place in 2016. During the recording I realized and felt how difficult this part is. At one time, I even regretted that I had started working on it – it was incredibly complicated! But Maestro Mark Elder, who invited me and supported me during the recording, was sure that the part is very suitable for my voice. He imagined only me performing it.
Until now, there is no recording of the full version of this opera in CD format. The recording with Joan Sutherland is abridged, like the recordings with Montserrat Caballé or Cheryl Studer. They all are different, but all of them are incomplete. The idea of Mark Elder was to record the complete opera, like Rossini had written it, uncensored and without inserted notes. For technical reasons I still asked Maestro Elder for some inserted notes, and, reluctantly, he allowed me to do so. The work was enormous: we were recording the opera in a studio in London during 10 full days. 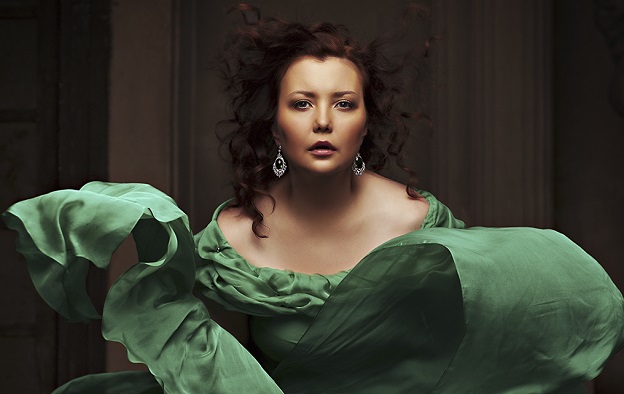 This year, the ICMA Award ceremony will take place on May 10 in Lucerne, Switzerland. Who will receive the trophy on behalf of the Semiramide team?
It is going to be me. This CD also received another prize – the International Opera Award, which was presented in London. But now I look forward to the ICMA Award Ceremony and Gala in Lucerne.
Our recording of Semiramide is very successful, a lot of critics praise it. It is a pity that this opera is not part of the usual opera repertoire. The reason is clear: it is incredibly difficult to reunite a good group of singers for this opera. Apart from Semiramide, you need a coloratura mezzo-soprano, a coloratura tenor, a coloratura bass – and there is almost no coloratura bass, it is rather difficult to find such a voice! 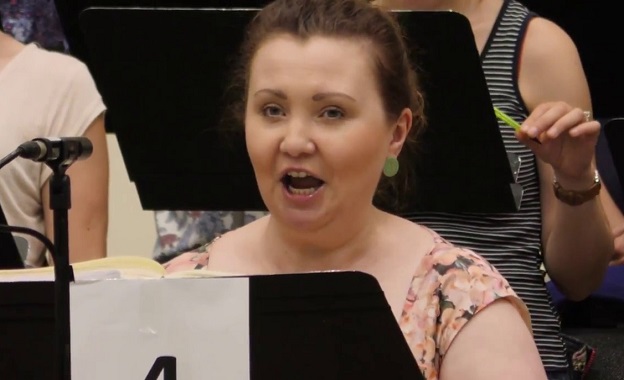 If we consider that the classical audio market declined in the recent years, it is wonderful that Opera Rara could find so many good singers for their project. How did they manage to do it?
Opera Rara has sponsors, who allow them to pursue their goal, recording rarely performed operas. By the way, I just took part in another recording with them in London, Il Paria, a rarely performed opera by Donizetti.

Let’s hope that it will be as successfully as Semiramide.
I am sure the result will be fine, especially with such an incredible conductor like Mark Elder. He conducted the Orchestra of the Age of Enlightenment which specializes in performing in authentic style.