At the International Classical Music Awards 2020, Pianist Cédric Tiberghien has won an award in the chamber music category for an album with violinist Alina Ibragimova, his long-time musical partner. It is an amazing French album, focussing on the sonatas by César Franck and Louis Vierne. Jury member Pierre-Jean Tribot from the Belgian magazine Crescendo has made an interviews with this major pianist of our time.

With Alina Ibragimova, you have already recorded the great works of the chamber repertoire, but not yet the Sonata by César Franck. How was this project born?
César Franck’s Sonata is a work that we missed for many years. We’ve been playing together for 15 years and we’ve gone through the great classics of the repertoire: the sonatas by Mozart, Beethoven, Schubert, Brahms…. Curiously, we only played this work at our debut, for a studio recording for the BBC, without ever playing it in concert. It was our only adventure in this work! We were really surprised that we did not play it again since that studio recording. I must say that we’d already had a foray into the French repertoire with sonatas by Maurice Ravel and Guillaume Lekeu and really enjoyed that French musical experience. So, for this new album, Franck’s Sonata came naturally to us. It’s a work that is omnipresent in the concert and recording repertoire, but it doesn’t carry the weight of the years.

Louis Vierne’s sonata on the other hand is a rarity. What did lead you to this score?
I suggested this Vierne Sonata that I hadn’t played yet. However, I had recorded his Cello Sonata with Valérie Aimard and played the Quintet with piano which is an absolutely extraordinary work. The Violin Sonata is less played than Franck’s Sonata, it is more mysterious but also more modern in certain aspects. The two scores have common points: both composers were organists and they share an exhaustive use of chromaticism in all its forms, even if the y do it in different ways.

And then, you play also the Elegiac Poem by the Belgian composer Eugène Ysaÿe. By what means did this piece impose itself?
It was Alina’s idea. She had already recorded Ysaÿe’s Sonatas for solo violin and she knew the Elegiac Poem. This score was an ideal complement to Franck and Vierne. 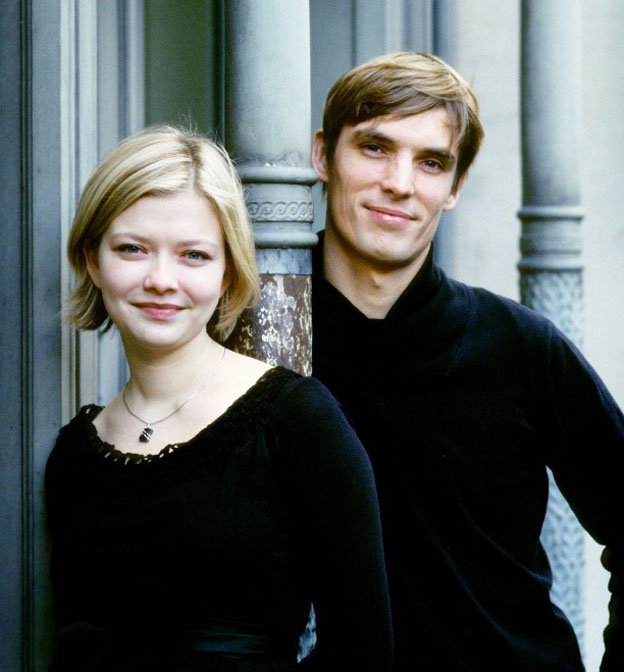 What will be your next project with Alina Ibragimova?
Since the release of this ‘French’ disc, the Brahms Sonatas have completed our discography. The next album will be dedicated to Mendelssohn, it will include the three Sonatas and maybe other small works or sketches that are not really edited but show the passage from Mendelssohn’s classical to his romantic period. Mendelssohn is for us like an extension of our work on Mozart. Think only of the earliness of their works, some of which were composed in their early teens.

You have worked with Alina Ibragimova for many years. How does your collaboration go when you have to tackle new works? Do you have any automatisms in your work?
We have a mysterious alchemy that we felt from the beginning of our collaboration. It’s something natural between us, something that imposed itself, and there are many aspects that we don’t talk about because we feel them immediately. Over the last 15 years, through each repertoire and each recording, we have deepened this musical intimacy. As far as style is concerned, we each have our own history and background. Alina comes from the baroque repertoire, it has influenced me in my personal playing and contributed to my artistic development. There are balances that are found naturally and implicitly. Our main discussions are whether we should play certain works on period instruments such as Beethoven’s sonatas. We haven’t yet done so, but it will undoubtedly happen!

Does the contemporary repertoire appeal to you?
Absolutely! We have just played works by George Crumb at the Boulez Saal in Berlin. The difficulty is to find composers with whom we can collaborate in the long term, but we have initiated projects. There is a wealth of young composers who have lots of ideas and they deserve to be defended!

You participated in the new critical edition of Maurice Ravel’s Concerto for Piano and Orchestra for the Ravel Edition. What does Ravel mean to you?
Ravel is for me a never-ending wonderment. I discovered him through a recording of his orchestral works under the direction of Claudio Abbado. I was amazed by the colours and the poetry of this music, especially those of Ma mère l’oye. It’s a very visual music, but this wonder always follows me every time I play his music. Once on the performer’s side, I was able to approach this magical side despite the serious challenges of the scores. The Piano Concerto is a fascinating work that I never tire of. It is by far the concerto I have played the most, and at each new concert I am in a permanent state of dazzlement in front of each idea, each note, each invention or each texture of the orchestra. It was fascinating to immerse myself in the texts and to reflect on some of the questions raised by the score. It was both moving and intimidating. But it was important to remain humble and open-minded, to raise questions but without any dogmatism. It was a great adventure.

What are your favourite recordings of the work?
I have a longing for the Samson François recording! Of course, a lot can be said about it, but this engraving will remain forever in my mind. I also like Arturo Benedetti Michelangeli very much, because his approach is totally different, just as I like the madness of Martha Argerich. The Concerto for Piano and Orchestra is not an easy work because you have to find the right balance between respect for the writing and a personal path. The right balance between brilliance, expressiveness and modesty is a delicate match.

I saw on your website that you just played the solo part of Szymanowski’s Symphony No. 4. It is a rare work!
Indeed, I did that in Cologne for concerts with the Gürzenich Orchester. I was very happy to find an orchestra agreeing to perform this symphony. It is a work that poses problems because the orchestral writing is dense and the conductor has to work on balance and transparency, at the risk of doing a disservice to the piano, which can be crushed by the instrumental mass. Szymanowski’s music is not a music that can be tamed, at the beginning it appears strange, it is less spontaneous than Ravel’s music. It takes some work to bring out its bewitching sounds and timbres. 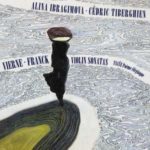 The Jury Statement
The violinist Alina Ibragimova and pianist Cédric Tiberghien are a consistently impressive musical duo. In this recording devoted to French and Belgian composers, they revisit the famous Sonata of César Franck and also let us discover rarer scores by Louis Vierne and Eugène Ysaÿe. The entire programme shows the deep musicality of Ibragimova and Tiberghien. Their lovely performances are tasteful and stylish.