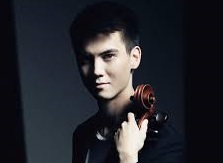 German cellist Christoph Heesch won an ICMA Award in the category Concertos with his CD Golden Age – Cello 1925. Born in Berlin in 1995, he started to play the cello at the age of six, and began attending the Julius-Stern-Institut in 2005. From 2008 to 2015 he studied with Jens Peter Maintz, and since 2015 with Wolfgang Emanuel Schmidt, both at Berlin University of the Arts.
He also received a scholarship from the International Academy of Music in Liechtenstein. Christoph Heesch has won several prizes, among them the Fanny Mendelssohn Förderpreis, a special prize allowing him to have his own CD produced by Genuin. As a prize-winner of the 25th competition of the Deutsche Musikinstrumentenfonds, he plays a Montagnana cello from 1722, on loan through a trust from a family from London. Remy Franck made the following interview with the young cellist.

You won the ICMA Award 2019 in the category Concertos with your CD Golden Age – Cello 1925. How did you end up with this program?
I have always been fascinated by the variety of genres during the Twenties. Despite political unease especially during that period, musicians, composers and artists in general dared to be creative more than ever before and even defined a lot of new styles and artistic genres. Since I am a big fan of Hindemith´s Kammermusik No. 3, I started digging into the repertoire of that time and realised that there was something special about the definition of the cello concerto: In the four pieces on my recording the composers (Hindemith – Ibert – Toch – Martinu) distanced themselves from the conservative usage of a symphonic orchestra and created – each of them in a very unique and intimate way – this revolutionary style of a modern cello concerto with reduced orchestra. Especially because of the fact that they all were at a similar, rather young age, but came from different countries/musical influences, I started to develop an urge to combine these four works and present my own, very personal interpretation/reading of that zeitgeist.

What does it mean for you to win a prize like the ICMA Award for your very first CD?
First of all, it means that I am deeply grateful to all the musicians of Eroica Berlin as well as the conductor Jakob Lehmann, the label GENUIN records and the Fanny-Mendelssohn-Förderpreis. It means that everyone who was part of this CD production was truly committed to my idea, no matter if their „instrument » was a baton, bow or a computer.
With the nomination for the ICMA I was already flattered and later it certainly took some time until I finally realised that this CD in fact received the ICMA Award. The fact that this CD is my debut album means that not only well-known soloists but also musicians at young age are given a platform for their musical statement. Receiving this prize encourages me to seek further creativity and innovation in today’s music world.

Do you have plans for other CDs?
When I was nominated by Drazen Domjanic (Musikakademie Liechtenstein) for the Fanny-Mendelssohn-Förderpreis last year, I came up with many different ideas but was changing my mind basically every day. It was only after some time that the idea of Golden Age – Cello 1925 became so strong that I really had to go through with it.
Earlier in this year I was thinking about recording some pieces for cello and piano, but the process of my debut CD taught me that I don’t want to just record beautiful music, but to tell a story about a fascinating topic. However I am sure that when the fascination for an idea or subject grows sufficiently in one’s mind, the realization of that will always be possible! 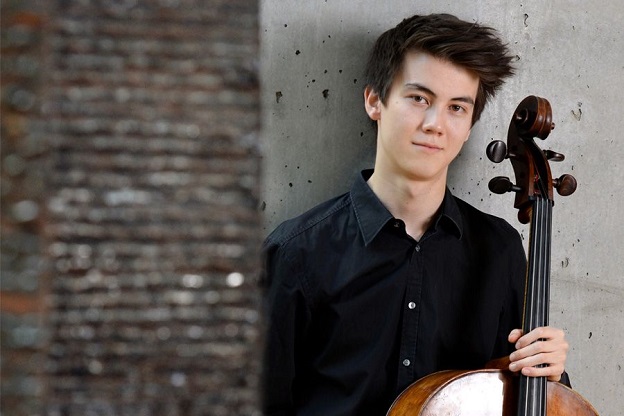 You come from a musical family, your father being a violinist, your mother a pianist. Why did you choose the cello?
Since everyone in my family was playing an instrument when I was a child, the question was never whether I should be playing an instrument but rather which one it should be. Both my brother and my father were playing the violin, so that choice was already taken twice and I was told to do something else which turned out to be the cello. But I would not really speak of a choice that I made after considering all possible instruments, because at age 6 my thoughts about classical music and instruments were a little bit less well-developed than now…

When did you know that you would be a professional musician?
Especially in the last years of high school when everyone around me started to think about studying all different kinds of professions, I lost my focus on studying the cello for some time. Music making seemed like something unnecessary in my life, although I always aimed for creating special moments during my concerts. At age 18, I decided to study industrial engineering, but within a few months I realised that I was missing something in my life and this something turned out to be the cello. Finally, I would say that the moment which gave me certainty about the pursuit of a music career was when I came back to being a cellist after I thought I didn’t want to be part of the classical music world.

You won a number of competitions. Will you continue to attend such competitions?
Although the idea of playing in front of a jury during a competition is a very artificial one and without any doubt one of the most uncomfortable concert situations for every musician, I cannot deny that these situations often make me stronger, no matter if it is directly connected to success. Since I consider myself as someone who tries to learn and gain more experience by all kinds of concert situations, I can definitely imagine to participate in competitions in general, because I am sure that the most important thing about a competition is not the participation itself, but developing abilities such as discipline, focus, concentration during the preparation.

Today’s music business has a great number of good young cellists. Some even speak about a Golden Age. Where do you see your career path?
Some might say it’s almost frightening how much competition there is among today’s cellists. As a cellist based in Berlin, a city that offers hundreds of excellent cello concerts every month, I can say that this high level of music making is rather an inspiration than a competition to me. I cannot really define the path my career will take, but I know for sure that this kind of inspiration in combination with all the experience I gain from my life as a musician will always lead me. 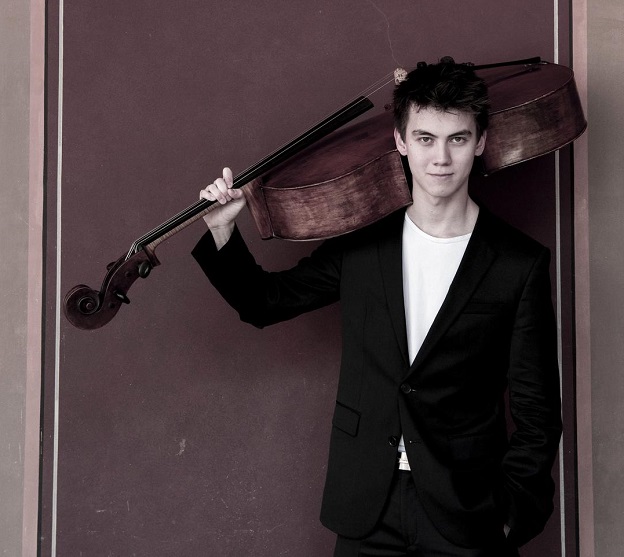 You play a violoncello made by Domenicus Montagnana which has been loaned to you. What is your relation with this instrument?
Having heard many stories about how it feels to be married, I would compare my personal relation with this cello, an old Italian instrument, to being married to a ‘Grande Dame’.
Of course, the first moments and the first sounds on this cello felt absolutely amazing. I thought I was entering a new dimension of sound producing. But after some time you explore the entire instrument with all its good and bad habits and complexities. Even though there is this unique core of an old Italian Montagnana sound, you have to stay both concentrated and relaxed in order to find the ‘perfect’ sound. And once you have produced this kind of sound, you will never settle with anything else. In my everyday life, it sometimes requires a lot of patience to find a technical solution that fits both player and instrument.

What do you like to do when you are not playing the cello? And did you never regret to not having enough free time like young people who do not play an instrument?
Against the geeky cliché of a musician, I like to do all kind of sports, playing soccer in particular. Since I was a little boy I often chose a soccer ball over practicing scales and even until today it makes me realise that cello or music in general has a central and major role in my life, but doesn’t define completely who I am. Pursuing a career that requires a lot of self-discipline and lonely work also requires enough time spent with other people which is why you can also find me very often in my kitchen cooking for my friends or family.