In the category DVD Performance, this year’s prize of the International Classical Music Awards (ICMA) has been awarded to Rileggendo Brahms with the Orchestra della Svizzera Italiana conducted by Markus Poschner. This OSI production with the complete Brahms Symphonies has been supported by Helsinn, the orchestra’s international partner, and was published on two DVDs by Sony Classical in December 2016. The live recordings were made during the first season at the LAC Theater in Lugano. Nicola Catto has spoken with Denise Fedeli, OSI’s Artistic-administrative Manager.

How and when this project devoted to the Brahms Symphonies was born?
In May 2013 in Munich, when I was setting up our future collaboration with our new Music Director Markus Poschner. Both we wanted to begin with a great project, articulated over several concerts, to be realized during the opening season of the LAC, Lugano’s new concert hall. After a long discussion, we decided to devote the season 2015/16 to Brahms. Poschner was able to offer a new and personal interpretative approach, matured in years of specific studies on this composer. I could guarantee him a vibrant orchestra, ready for new challenges. I was sure that I would also succeed in involving the Swiss-Italian Television RSI for the video recording and in finding an important label for the publication. From the financial side, we had a certain flexibility, thanks to the new contract with our sponsor Helsinn, signed shortly before. 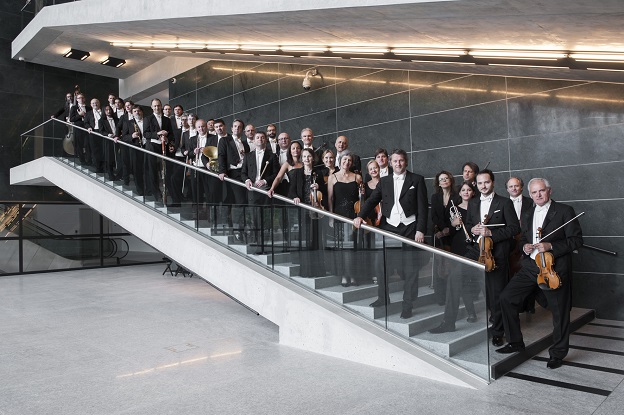 Which relationship did the orchestra have with this repertoire in the past? With whom had it been performed? And in which way?
The reference conductor for this repertoire was Alain Lombard. Under his tenure the orchestra has quite often played compositions by Brahms. He had a very traditional vision: big sound, majestic tempi, legato phrasing. The result was of great quality, but he didn’t differentiate from the versions that everybody knew and expected. Subsequently, with Mikhail Pletnev, OSI had the opportunity to switch to a more modern Brahms, with less conventional tempi and a more varied phrasing. Poschner’s approach was totally different, focussing on the transparency, and the exploration of the inner voices, taking care of every line, every phrase, every note, to reach a maximum of flexibility, always caring for a fresh interpretation, audacious even, and inspired by a strong creativeness and sensibility.

How did the collaboration with the Brahms Institute in Lübeck work?
Poschner had known the Director of the Brahms Institute, Prof. Sandberger, for many years, and with him he had already deepened every detail. Also, when we went in touch with the Institute, asking for a scientific consulting by Prof. Sandberger, he immediately supported the project and wrote the introduction texts of the various programs. He was available for several interviews and gave us exclusive photographic material.
The sonority imagined by Poschner referred to the orchestra Brahms used to conduct in Meiningen, and this brought us to look for and to purchase some timpani with natural skins, Dresden model, as well as smaller trombones, half way between the modern and the baroque trombone. Naturally, we have worked with the Urtext of the New Complete Brahms Edition (the last volume has been published in 2011 by the Henle Verlag) and we briefed the musicians about the sense and the importance of the whole process. I wish to take this opportunity to thank the RSI, particularly producer Giovanni Conti, director Roberta Pedrini and Tonmeister Wolfgang Müller, because they believed in this project and did the live recording, which is used for the DVDs. 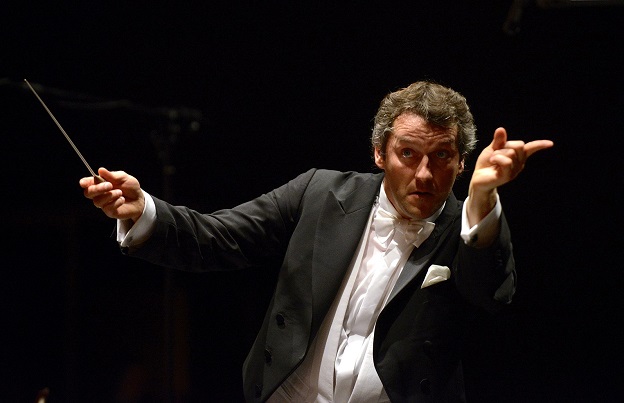 It seems that Poschner’s approach has been applied to other composers, even Mahler and Tchaikovsky?
Indeed we have decided to treat a big part of the romantic repertoire according to the spirit of Rileggendo Brahms. Besides composers close to Brahms, such as Schumann and Mendelssohn, we believe that the chamber vision and the transparency also suit the music of Tchaikovsky and Dvorak. Markus Poschner is convinced that he is able to play part of the Symphonies by Mahler and Bruckner with the normal OSI forces. Bruckner’s Fourth is scheduled for April 2018, and with his First we will open the season 2018/19 at the LAC. I am in line with this philosophy and I encourage it.

How did the orchestra change in the last years, with Poschner’s input?
Poschner has known how to motivate the musicians to give the best of themselves. The orchestra has become used to be incredibly reactive. There is a great attention to mutual listening and to caring for details.
Also in the classical repertoire, particularly Haydn and Mozart, OSI always seeks a particular brilliance and originality. The orchestra has known such a qualitative development, that within a very short time, this brought concrete results on an international level. We now hope that, step by step, other artists will endorse our philosophy and cross the new roads with us.