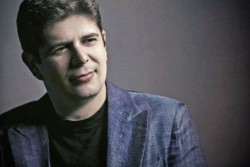 At ICMA’s Gala Concert in San Sebastian, Spanish pianist Javier Perianes will represent the label he is exclusively recording for, Harmonia Mundi. Remy Franck met him for the following interview.

In Spain, if we don’t consider the composers who were also pianists, we have Alicia de Larrocha, Joaquín Achúcarro, José Iturbi…and you. Isn’t Spain a piano land?
Of course, the greatest Spanish pianist was Alicia de Larrocha. She played with all the major orchestras on the world. But there was also Rafael Orozco who made a recording of the four Rachmaninov Concertos with Edo De Waart in Rotterdam. Yet for me, it is a great honour that you are putting my name on that list.

But the piano was not your first instrument…
I began it late, because I started with the clarinet. I’m from a very small village in the South of Spain. The piano has no tradition there. The tradition is the local band with wind instruments. Therefore I started in the band of this small village, playing the clarinet. But during one summer, one of my aunts from Seville – she was a piano teacher – showed me a big piano. It was in a hotel close to the beach where I used to spend the holidays with my family. I listened to that instrument and I thought “Oh My God. I would love to play it one day.” She said “Not one day. Leave the clarinet and start with the piano from September.” I said “No, it’s impossible, because I have a commitment with a guy of my village, I’m going to buy his clarinet.” She said: “Forget it. Don’t do that.” She convinced me, my father and my mother. And here I am. Everything went very natural. It has been part of some kind of a natural process in my life, so I am very proud of it.

So there was not a certain time when you decided to become a pianist?
No, I have not yet firmly decided by now. I never thought: “Ok, I want to be a pianist”. As I said, everything has been part of a natural process. I’m very happy with that. It wasn’t the way: “Mom, I want to be a concert pianist”. It didn’t happen! That’s the reason, why, to someone asking me: “When did you say you become a pianist?”, I normally say: “I’ve not decided yet. I’m thinking about”.

But nevertheless you are playing everywhere, in Europe, in the US and in Asia…
I’m very happy about it. I’m developing a great relationship with great conductors and orchestras all over the world.

It’s a crazy life…
It’s a crazy life, but I’m practicing now more than ever. I feel more responsible. I’m possibly more passionate than ever about doing what I’m doing. This is not a profession for me. This is kind of a way to see the life. And even I could say this is some kind of vocation. I was rehearsing the Emperor Concerto today. And after the rehearsal, the conductor asked me: “Are you happy?” I said: “Yes, I’m happy.” And he asked me: “Are you always happy?” I answered: “No, I’m not always happy, but I’m bringing joy.” Do you know how great it is, having the pleasure to play the Emperor Piano Concerto? That’s a great pleasure! So I enjoy the music, because it is some kind of an amazing gift. Music is something to relieve the soul of people. And when you’re living with that kind of magic inside every day, I think that you are a privileged man.

Do you feel this happiness also when some tragic event is happening while you prepare a concert? Can such a non-musical event affect your playing?
Let’s make a difference. Of course such an event affects you as a human being, and possibly affects your playing. One the one hand you are the medium between the will of the composer and the audience. You should not intervene too much on the music. On the other hand, the music is going through you. So, something from you is going to mark that translation and that performance. And, if you’re affected by some event, of course something of you will go through you into the music. It doesn’t mean that your playing will be more sad or more depressed. Not at all. You can play with more enthusiasm, because you feel you owe the people that kind of energy.

What is your favourite repertoire?
Today’s favourite is Beethoven 5. If you asked me this question last week, the answer would have been Mozart 21, because I had to play it. In two weeks, it is the Schumann Piano Concerto. Of course, I have composers that I love, but I cannot say that I love Chopin more than Beethoven… it’s not possible. Schumann, Brahms, Debussy, Ravel, Falla, Granados, Albeniz… There are a lot of things to discover, to enjoy. I prefer not to pick one of them among the others.

And is the Spanish repertoire nevertheless little bit special for you?
No! But I always play Spanish music, of course. When I introduce Spanish music in one of my programs it is because I think the music deserves to be in this program. Im am not doing it because I am Spanish.

Is the Spanish background important for playing Spanish music or can everybody play Spanish music like you would do it?
I think anybody could play Spanish music. But I’ll explain you why. Of course, there are some elements in Spanish music that belong to the traditional music. It’s very easy for you to get it, to feel the rhythms and to investigate and to succeed.

Has musical life changed for you since you started your career?
Possibly, but what happened to me in the last seasons is what I mentioned before. I became a more responsible musician. I’ve discovered that this is not a way of life, not a way of getting money. No, no, this is some kind of vocation. And I think in the last years I’ve felt also what I’m doing requires even more and more attention. That’s the reason I’ve been practicing, studying and reading more than ever. But not because I think I have to do that. I enjoy it. What happened in the past seasons may be that the music is involved with more aspects like pop music, marketing and all that stuff. But I think the audience still perceives a real artist when they are in front of one of that kind.

Do you have fears for the future of classical music?
For the last 20 years, I’ve been hearing that classical music is going to die. And it didn’t happen yet. So, ask me that question after another 20 years, we’ll talk about it. I think some small stuff, some small details are changing. That’s inevitable. The conception of the audience is different. The way of accessing the music is changing. But I think the perception and the expectation of people will not diminish.

We talked a little bit about the repertoire earlier. What is your connection with the contemporary music?
Many years ago, I did a whole recital with music by Schnittke, Gubaidulina, Feldman, Tippett, and lots of amazing beautiful composers. It was music composed in the Sixties. It was very challenging. I really enjoyed it a lot. But during the last seasons, I had nearly no chances to do new music because of all the other commitments. I’m looking for a chance to a find a composer whom I really like and who will really like me in return. I’ll ask that composer to write a piano concerto for me. This is part of my future plans, it’s not a dream. So, I try to meet different composers and to get familiar with their music and their style. I need to feel comfortable, before asking somebody to write a work for me.

What is your relation with the audience? How do you feel and sense the audience?
The audience is part of us. And the audience is your best ally or your best enemy. I’m thinking of the Japanese audience. They are all the time in silence. That’s a perfect ally. Because they give you the chance to express everything you would. On the other side, here in Europe or in the Latin countries you feel all that warmth from the audience and it makes you realize that they like the concert. Basically, the relationship with the audience is very simple. You have to convey to them a message from a composer. Like I told you before, you are the medium. And it has to be a clean relationship. You have to avoid being the main actor in this movie. Part of you is in front of them, but the message, I think, is bigger than yourself.

But do you feel if the audience is bored or over-excited?
I think you can feel when the audience is not having a great time. If you are feeling they’re getting bored, I think it’s your fault. It’s mostly not their fault. Sometimes there are other factors. People are not concentrated because of something that happened before the concert or whatever… But I think the main goal of a performance is to get the attention of the audience. You have to get them with you. And you do it with the music. You don’t need to dress in one attractive way or behave like a monkey…

Do you have a genre which you prefer? Do you prefer concertos, chamber or solo music?
I don’t have any particular preference. Of course, when you’re playing solo, you have all the tools to do whatever you want to do. You can slow down, you can run, you can pause… When you play with an orchestra or a chamber group, you will need to discuss and agree with them about the tempi and everything else. When you are accompanying a singer for instance, you are putting all your music at the service of another musician. Yet, all those ways to do music are amazing. 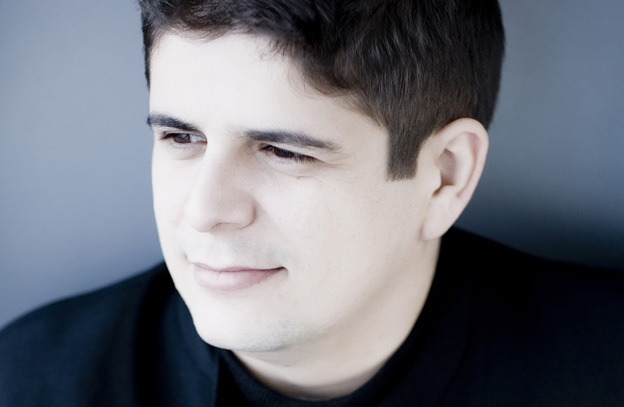 What does it mean to you to make recordings?
For me a recording is kind of a look on what I’m doing right now. If I am recording a composer or one specific piece, you will find it in my concerts. Making CDs doesn’t mean getting a lot of money. Forget it! It’s more about showing the audience what I’m doing. And a lot of people, after the concert, are asking: « Do you have the recording of this concert?” Yes, I have. The recording is part of me.

What is your opinion about Harmonia Mundi as a label today?
I started with Mompou when I was very young. In all these years, we have made a lot of projects together. So, first, I have to thank them for this collaboration. For me, Harmonia Mundi is not a company where you need to fight to get your project released.
Harmonia Mundi is part of my career. Because it is ‘my’ company. And I’m writing all the time to the ‘Big Boss’, like I used to tell her, Eva Coutaz: “Thank you, because I feel a part of this family.” I never felt like being part of a company, of an industry, but it’s family. We discuss things like friends. So I can develop my ideas with a group of friends or enthusiastic people who are working for the music.