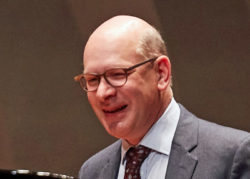 How would you describe your origins and at what point did you decide that you wanted to get involved in the classical record world a serious way?
There were plenty of cultural interests in my family when I was growing up, and music, consequently, played an important part in my education and upbringing. I studied Law and, then, for a period of fifteen years I worked as a diplomat, until 1995, when I became involved with the family business concerns in brewing, and I joined a number of management boards… Yet music was always present there, and even during twenty years of a very active business life I supported many concerts. One particularly fine day brought me into contact with Michel Stockhem, a Belgian producer with many contacts in the music business, who suggested the idea of our setting up an independent record label. This struck me as a fabulous opportunity to experience the music, not only to enjoy it. That was how the Fuga Libera label came into being, a small line for issuing a fairly eclectic mix of music. However, a few months into this episode, I realized that the adventure was faintly ridiculous. Michel was an excellent producer, but lacked even the most basic of infrastructure for his activities: he didn’t have a good distribution setup, or a press office, he was in need of a marketing strategy, and nor did he have had any real idea of where the label was going. It occurred to me then that I was at a crossroads point: either I continued enjoying something merely as a hobby, like somebody with an interest in cars or horses or I needed to do something more serious about it. In the end, I opted for the latter, by attempting to set up a structure for producing high-end cultural products, and to endeavour to make this work in a profitable way. By that point the concept was growing and taking more labels on board. At the outset I had had a discussion with Jerôme Lejeune, the creator of Ricercar, a fantastic label – but one with a very artisanal approach – and that saw the inception of Outhere.

…although it could be said that the crucial step came a little later, when you took in Alpha, which was then already one of the leading French independent labels… 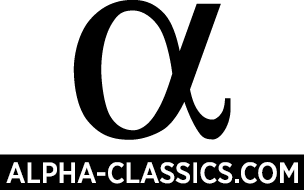 What happened was that in 2005 my French distributor called me and told me that Alpha was having problems. I had always been an admirer of the work of the label and of its founder Jean-Paul Combet, and so I made haste to Paris, determined to do something; a little while later I purchased the label, which at that time was operated by a team of seven or eight. From a purely business management perspective, Alpha was a complete mess. Yet Combet was a visionary in that he realized something very important for a record label – branding is fundamental. Initially, I had many problems with Alpha, but in the end we succeeded in making progress with it, to the point that now it is the “flagship of our fleet”. With Alpha we managed to achieve a sufficient turnover, and we were able to consider the idea of creating a large company together – by which I mean having an infrastructure which included an artistic director, a commercial director, a strong export service, good prices for manufacturing and a reliable distribution network. In short, we had got the artistic direction sorted out, and now we had to attend to questions of professionalism in our working practices. And this was a success; but, as can so often be the case, success made me even more avaricious, I was wanting more and more, and in this way I was adding more labels: first Aeon, a small and delightful label for contemporary music; then Zig-Zag (which was similar to Alpha, and perhaps that was why I took that particular decision; I didn’t want disruptive competitors!); later on we bought Arcana, the final label to have been started by the extraordinary Michel Bernstein, who had died shortly beforehand… and some others. The latest label to be incorporated is the British Linn, as a result of which we have been able to reinforce our presence in the United Kingdom.

Therefore, during the course of those initial years Outhere formed a haven or sanctuary for small labels, but more recently it seems that the strategy has been changing and there is a tendency to reduce, concentrating a large part of energy on the principal label, Alpha? Is that the case?
It is a complicated situation, one which we are currently looking into at the present moment. I think that the classical world needs eclectic labels, inasmuch as that the famous distinction between Romanticism, Classicism, Baroque and contemporary is coming to an end. For example, the latest generation of performers of Baroque music is much more open-minded, and the same is the case with performers of contemporary music. Today, one can hear Classical pianists playing the fortepiano, modern fiddlers playing violins strung with gut… As a consequence of all this we decided that out principal label – Alpha – should become a reflection of that situation, a label which was open, cohesive, and with a variety of varied approaches; and the first thing that we did was to merge into it the label Zig-Zag. And this experiment has proved to be a success. However, the other labels, such as Ricercar, Ramée and Arcana, continue to operate independently. The exception to this has been Aeon which has discontinued its activities, but for the reason that its creators were tired of fighting against a market which wasn’t reacting to them. 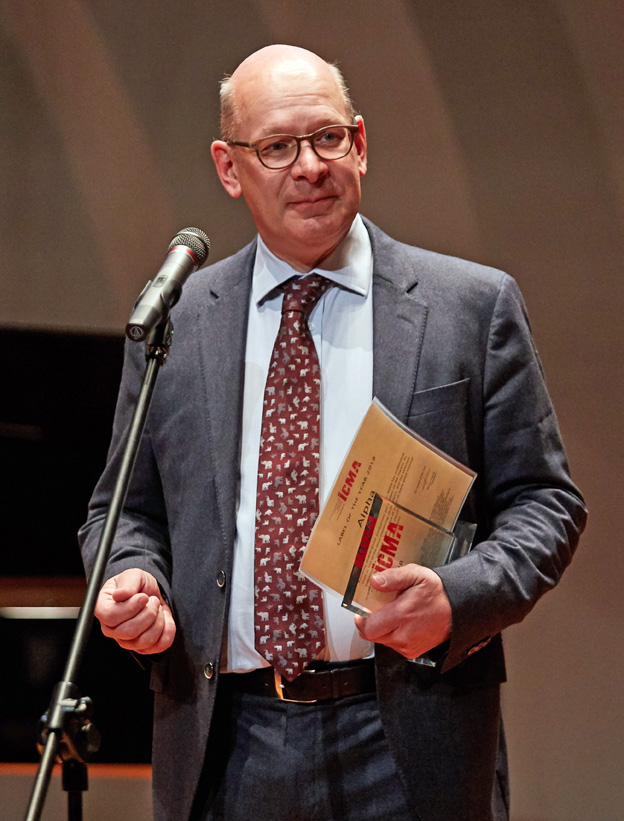 To what extent are you yourself involved in the repertoire choices and in the projects of the individual labels?
The first thing that I need to say in this respect is that I have immense confidence in the people with whom I work, in the artistic directors of the labels. I wouldn’t have selected them in the first place or kept them there, if, in truth, such a deep relationship of confidence didn’t exist. Two or three times a year I hold a workshop with them in order to decide upon questions of repertoire and recordings, and we have an extensive discussion in which all the variables are considered, artistic and budgetary. My own effort is to eliminate conflicts, and normally I accept 80-90% of what is being suggested to me. They know that they need to respect certain economic criteria, although budgetary concerns have never been handicaps in bringing really interesting projects to successful conclusions. In addition to playing a management role, I endeavour to provide a sense of coherence. Sometimes that role is certainly Solomonic, especially regarding the inclusion of young artists…

How do you see the future of the CD, the physical product? Or put it another way, will the digital platforms end up finishing off the physical format?
Quite clearly the physical disc is going through agonies, everybody knows this. Yet this torment has become a very protracted one. For us the physical product still represents around 80% of our overall turnover. And in some case – such as in Germany or the United Kingdom – sales of CDs and vinyls have actually been increasing over the last two years. There are other countries where a great problem with this exists (Spain, for example) as a result of the disappearance of bricks and mortar shops; however, there are other markets – such as Italy, which only a couple of years ago was being given up as dead – which are now performing very well. It is clear that we need to be occupying two different places at the same time, but in the end I believe that this state of coexistence will come to an end; nowadays, many people of my age are getting used to platforms such as Spotify; and those who do not consider that the sound of Spotify is good enough for them, they can change over to Qobuz. For our part at Outhere we have put together our own platform, and are investing a lot of effort into obtaining quality streaming. For me, the key to the question is how – in the digital world – to replicate the experience of the physical object. And not only as far as the sound quality is concerned, but also in the actual presentation of the product. I have just set up a team of some seven or eight people, all of them quite young, who are working on this question, on the quality of the visual through digital domain, and the consistency of the message. I am cautiously optimistic.

Will a day arrive when streaming proves to be profitable for labels and artists?
We will have to wait and see. This is something that I have recently been discussing with Klaus Heymann of Naxos, who thinks that the more platforms there are operating, the better. I definitely think that one has to be present on the principal platforms since otherwise your artists and their fans will become unhappy. We know that it all happens without one making any money from it, unless all of a sudden one finds oneself with a title which gets to the top of an important playlist. This happened to us with a Barcarolle by Fauré played by Éric Le Sage, which made a lot of money. This, however, was a one-off case. Whilst the future still remains uncertain, it is clear that one has to be present, work the social media, exist in the system… and at the same time contribute to setting up the system. Today, Outhere has two platforms: one of them is that of Linn Records, which is probably the downloading platform with the highest level of sound quality in the world; the other is Alpha Play, which for the moment, is only making available our own repertoire, although it is at a very high quality, without algorithms. I think that there is future, but at the same time one has to work on bringing it into existence.

Outhere is on the point of celebrating fifteen years of existence. What assessment do you make of that decade and a half? Are you satisfied with everything, is there anything you regret?
When I started with all this I was a bit naïve… I was unaware of the situation in which the record world was finding itself in, I was very idealistic. When I realized that the situation wasn’t going to get any better, it all rather depressed me, added to which there were problems with the labels, with the organization of it all, with the people… However, after some difficult years, we have now established a substantial presence in the market and I feel very proud of leading an adventure such as Outhere.