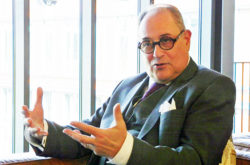 The Warner boxed set of the complete official recordings of the legendary conductor Wilhelm Furtwängler has won an International Classical Music Award in the Historical category. This award was the occasion for Pierre-Jean Tribot (Crescendo/Belgium, member of the jury) to make the following interview with Stéphane Topakian, the main editor of this set and a great connoisseur of the maestro’s art.

For many years now, many live recordings of Furtwängler have been released. As a result, we have lost sight of the importance of his official legacy, which seemed to have been forgotten by the regular re-releases of Universal and Warner? So how can we consider these official recordings in their contribution to our knowledge of his art? Moreover, one has the impression that Furtwängler, the epitome of the conductor, gave his all in concert. Listening to the recordings, isn’t this impression wrong?
Furtwängler considered the live experience of the concert as irreplaceable. The live recordings that can result from it are of course unique moments, but do they alone represent Furtwängler’s vision of this or that work? Certainly not. I’ll give you an example: one always quotes such and such a recording of a Beethoven symphony during the war or underlining the exacerbated or even desperate side of the discourse. But this would be forgetting that Beethoven never prescribed that his works should only be played in case of war. In a way, Furtwängler goes as far, if not further, in his vision of the scores, free from external constraints. If Furtwängler was not very convincing in his first steps on the record (he was betrayed by a rudimentary technique), he quickly understood that the recording represented a way to get his art across, provided he invested himself in it in a different way. One could say that for Furtwängler the ‘how it is perceived’ is more important than the ‘how it is performed’. This is probably why – and to give an example – he insisted on redoing the beginning of the Funeral March of Beethoven’s Symphony No. 3, one year after having signed his November 1947 recording. A question of tempo. To come back to your initial question: yes, Furtwängler’s recording legacy is essential to know his art. It is the quintessence of his thought, and it is not because he conducts in the studio that he is less convinced and convincing than in concert. Let me give you another example. You are familiar with his 1944 recording of Bruckner’s Symphony No. 9 (reissued for fifty years by DG). For a long time, it was indicated as ‘live’, and everyone was ecstatic about the strength of this interpretation, about the ‘urgency’ of the performance, about the uniqueness of this concert… except that it is a ‘Magnetofonkonzert’, that is to say a performance realized over several days, in a studio and for the only microphone… 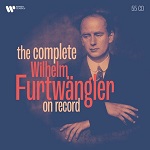 It will soon be 70 years since the chef left us. Yet he remains a legend on the podium. If the art of interpretation has evolved, Furtwängler’s place remains immense and in the pantheon of musical glories, he continues to sit at the top, eclipsing almost all his contemporaries. What makes him so special?
I think there are two layers to Furtwängler. The most immediate one is of course his interpretations of Beethoven’s or Brahms’ symphonies, his readings of Wagner’s operas or Beethoven’s Fidelio. There he appears irreplaceable. But after all, one can be just as convinced by Jochum’s Bruckner, Karajan’s Strauss, Schuricht’s Beethoven etc. But there is a deeper stratum, and I think that it is this one that, unconsciously, continues to move music lovers: I mean the place of the interpreter in the chain of discourse that goes from the heart of the score to the heart of the listener. This does not mean that the interpreter must only do what he or she wants to do in order to be successful. If he must not abandon his personality, it is to put himself at the service of the work. If you listen to a performance by Furtwängler with the score, you will be surprised to find that he is one of the most scrupulous performers there is. This makes me think of Svjatoslav Richter’s interviews with Monsaingeon, where he quotes a sentence of Kurt Sanderling about him: ‘Richter is not only a great pianist, but he also knows how to read a score’. Richter was very proud of this, and this statement is totally applicable to Furtwängler.

To a young artist or music lover who would like to know more about the conductor’s art, which recordings would you advise to listen to first?
My answer will surprise you: let the person who wants to discover Furtwängler be guided by his instinct. He will never be unhappy. Of course, one can leave out of a first choice some pages where Furtwängler is a bit less at ease, like the Preludes by Liszt, or the Moldau by Smetana, but between Schumann’s Symphony No 4, Beethoven’s Concerto No 5, The Emperor, the Symphony No 7 by the same Beethoven, or the Adagio of Bruckner’s Symphony No 7, how can you choose! And why choose?

What were the challenges in making this complete box?
The challenges in this kind of work are always the same, … or should be the same. The sound engineer, Christophe Hénault, experienced in the discipline of sound restoration (Callas, Barbirolli and many others) possesses an essential quality to offer a serious result: he is a musician. The challenge is therefore not, contrary to what one might think, to apply a beautiful shiny varnish on old documents, but to let the music and the discourse of the interpreter speak for themselves, which leads the ‘restorer’ to be more sparing than one might think in the application of treatments, and God knows how rich digital technology is in this area! And unlike what I experienced on similar works in the past, made by ear, the frequentation of the score is essential. One must always come back to the work, with the only fixed point that represents the score. 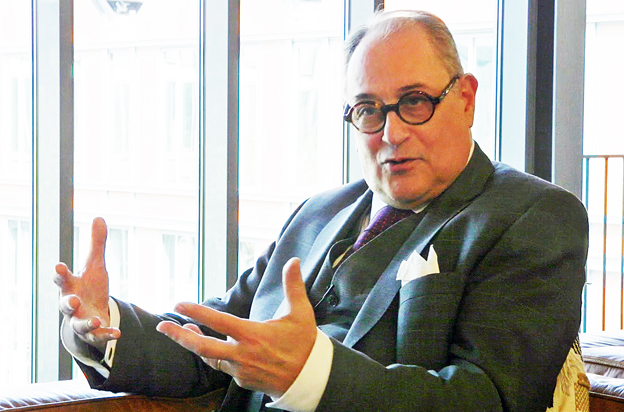 You are an eminent connoisseur of the conductor’s art. Is there a particular emotion in working on this complete work?
Of course, the work was exciting, and think that it lasted more than a year! At the beginning, we were working on 38 CDs. By expanding the program to include operas, Bach’s St. Matthew Passion, and previously unreleased works, we ended up with 55 CDs. Each disc was treated for itself and constituted a discovery, a discovery of a source not yet worked on, a discovery of a sound, of musical intentions sometimes hidden behind unfortunate reissues. Christophe Hénault and I were amazed as we worked, calling each other on the phone at all hours to exchange impressions. I must say here that Warner ‘played the game’. The label could have, at any time, invited us to be satisfied with the existing sources or remasterings; to each insistent request on our part to go further in the research, Warner always answered ‘yes’. This also explains the time spent on the development of this monument! It was worth it!

The 54th CD of the box presents previously unreleased works, including an Unfinished Symphony by Schubert recorded in Vienna. How did you find these unpublished recordings?
The bonus CD does indeed feature some previously unreleased material. The systematic exploration of the Hayes archives – the historical home of His Master’s Voice – has made it possible to rediscover documents that had not been used, or even totally ignored, and that were absent from the exhaustive lists drawn up over the last fifty years! One can mention the slow movement, ‘Elegy’, of Tchaikovsky’s Serenade, or the Emperor Waltz in the tempo desired by Furtwängler, but forbidden because it was impossible to fit on two 78 T sides. Besides a few pages recorded in the studio -and the only exception to the editorial bias: everything that was recorded for the record, in the studio and for a small part in public. Warner offers a major novelty, a purely ‘live’ work: Schubert’s Unfinished, performed by the Vienna Philharmonic in Copenhagen in the autumn of 1950. We knew Beethoven’s Symphony No. 5 from the same concert (Danacord), but the Schubert had never been released. This has been repaired, thanks to a collector who had the tape and made it available. It is a major discovery because the execution is exceptional, notably through particularly singing phrasing.