For the first recording made with his ensemble Jupiter (created in 2018), Thomas Dunford has not stopped collecting praise and awards, among them the ICMA of 2020 in the Assorted Programs section. Eduardo Torrico from the Spanish magazine Scherzo made an interview with the musician, one of the most sought-after lutenists. The recording released by Alpha includes arias from operas and oratorios as well as concertos by Antonio Vivaldi. Dunford is surrounded by two of his best friends and collaborators: mezzo-soprano Lea Desandre and the harpsichordist Jean Rondeau.

How does it feel to receive a distinction like the ICMA award?
Joy and satisfaction in equal parts. We are also delighted with the acceptance the album has had in France, where it has been one of the best-selling albums in recent months. Our intention is to bring music to as many people as possible, and this kind of recognition confirms that we are on the right track.

This is your first album…
Jupiter was created a year and a half ago, in June 2018. After having been collaborating with different baroque groups and with really important people within the profession, and having made countless friends, like Jean Rondeau or Lea Desandre, I thought that the time had come to have my own group, to be able to make music with those friends whom I truly appreciate as people and with whom I love to play because we understand each other wonderfully and know how to listen to each other. 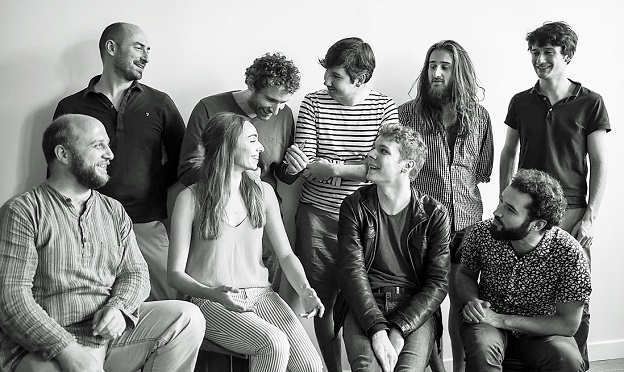 In 2018 you turned 30. Did you have the feeling that you were getting older and that it was time to have your own group?
It could have had something to do with it, yes, but the truth is that the idea had been going around in my head for some time.

You are, of course, the director, but to what extent do Jean Rondeau’s or Lea Desandre’s opinions or decisions influence you when you take on a project?
Very noticeably! And not only Jean and Lea’s, but also those of all the members of the group. I’m the artistic director and that forces me to make the main decisions, but in a way it is a very consensual work. Lea, for example, helps me a lot, she’s very involved in all aspects, especially for the vocals. I think that if there is one thing that characterizes us, it is that we work as a real chamber group on and off stage, which enriches us all. I need the support from my colleagues, because you have to listen to a lot of music and see a lot of scores, and because of my activity with other groups I must manage my time carefully. Although, well, for me music is not work. 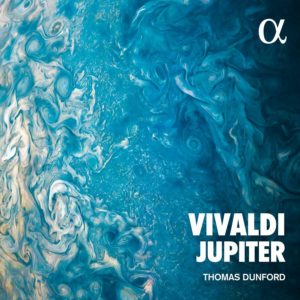 And why Vivaldi for the first CD?
Basically, because it’s a music that is full of spontaneity and that adapts to what I was saying earlier, to knowing how to listen to each other, to being able to give free rein to our energy… I know a good number of Vivaldi’s concertos, but I wanted to play, as a lute-player, those in which the lute plays an important role, especially the Lute Concerto in D major RV 93. I wanted to be able to play them as I see these concertos, not as another conductor would see them. I have always thought that baroque music is very modern, contrary to what perhaps most music lovers think, who see this music as something too classical and conservative. I think it is full of life and contrasts, and Vivaldi is the best example of how you can fill it with colours, like a painter sitting in front of a still blank canvas. For us that blank canvas is just the moment when we are about to start to play… All of us in the group have colours to contribute and we are all willing to put them on the canvas. That way of approaching this music is something that people like. It’s not because I say so, but because of the comments made by those who attend our concerts. « We thought this music was boring, but today we’ve discovered that it’s wonderful », they tell us. We feel during the concert the communion that is established with the audience. And that’s the magic of music. There was a lot to choose from, of course, but I think the decision to start with Vivaldi was the right one.

This album is very varied, because it contains opera arias, arias from the Juditha Triumphans oratorio, an aria from the Nisi Dominus and, finally, concertos, not only the lute concerto, but one for bassoon and another for cello. How did you select the works?
Obviously, I chose the lute concerto, because, as I said, I had it in mind for a long time. I chose the bassoon concerto because I thought of Peter Whelan, who is an old friend. And since the group includes Bruno Philippe, who is an exceptional cellist, we added one of the concerts that Vivaldi composed for this instrument. Lea had a lot to say in choosing the arias, but we had previously consulted with other members of the group to see which ones could be the most brilliant. Whoever listens to the album will see that these arias are all very different from each other.

They have something in common: an extraordinary technical difficulty for the singer.
Yes, but Lea is able to face them with the utmost guarantees, because she sang a lot of Vivaldi’s music when she was studying in Venice with Sara Mingardo. It is true that they are extraordinarily challenging and that not all singers can sing them perfectly, but this is not the case of Lea, who is passionate about the music of this composer. She works without problems in that complex coloratura that the score is demanding. I listen to Agitata da due venti and the first thing I say to myself is: « There is no human being capable of singing this ». But then you listen to Lea and everything in it comes naturally to you. And the same goes for Juditha Triumphans’ aria Armatae face et anguibus. 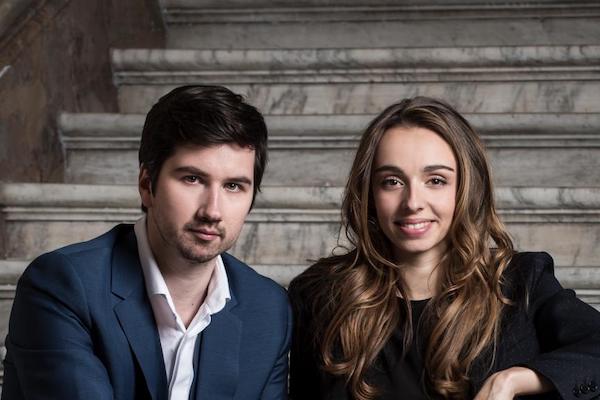 I am surprised that she has included another aria from this oratorio, Veni, veni me sequere fida, more than anything else because it requires a shawm, which is a most unusual instrument.
It is a wonderful piece. And the colour of the shawm is incredible. The sound reminds me of a dove, of a tortorella like an Italian would say. I love the sound of this instrument, although the truth is that, until the recording of the album, we had never used it in our concerts, primarily for economic reasons.

Let’s come back to the lute concerto. I’ve heard dozens of versions of it and yours is completely different from all of them. I mean, it is a plain, unadorned reading, which, in my opinion, brings it as close as possible to what Vivaldi intended to say when he wrote this concerto.
Ornaments come when they have to come. If you think about them too much, they don’t make much sense, because you are stripping the music of its naturalness. In a concert, I feel like a jazz musician, in the sense that I improvise according to what, in my opinion, the music demands in every moment. If you read the score of this lute concerto, you will see that everything is there. It is probably one of the purest concertos Vivaldi ever wrote. The joy that comes from the first and third movements does not need any additional decoration. And the feeling of calm in the second movement should not be disturbed by anything.

Do you already have a plan for the second Jupiter album?
Yes, but it’s actually going to be two. We’ll do Monteverdi, a show we’ve already brought to the stage, with madrigals from the sixth, seventh and eighth books, and featuring Patrizia Ciofi, Lea Desandre, Mélodie Ruvio, Marc Mauillon, Cyril Auvity and an excellent bass called Nicolas Brooymans, as well as the same group of instrumentalists from the Vivaldi CD. The second album will be Lea’s official debut as a recitalist, and I think the theme has never been addressed: music in which warrior Amazons are the protagonists. Most of the pieces that we are going to include in this recital have never been recorded, surprisingly, since there are numerous operas that deal with the Amazons.