It’s at Luxembourg’s splendid Philharmonie that this year’s ICMA General Assembly took place from 18 to 20 January, hosted by the Philharmonie and the Ministry of Culture. Besides their work during the meeting, the Jury members also had time to explore Luxembourg’s rich musical life. 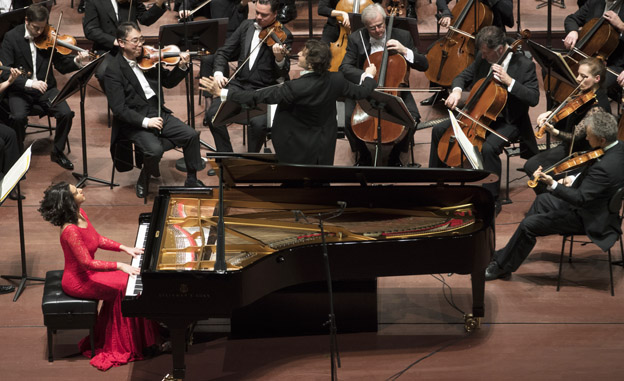 The first event was a symphonic concert by the Luxembourg Philharmonic with pianist Katia Buniatishvili in an exciting performance of Liszt’s Second Piano Concerto, while Music Director Gustavo Gimeno took up the challenge to impose his own views in Debussy Images and La Mer and to expurgate the still present shadow of his predecessor Emmanuel Krivine who owned this repertoire in his very singular manner. 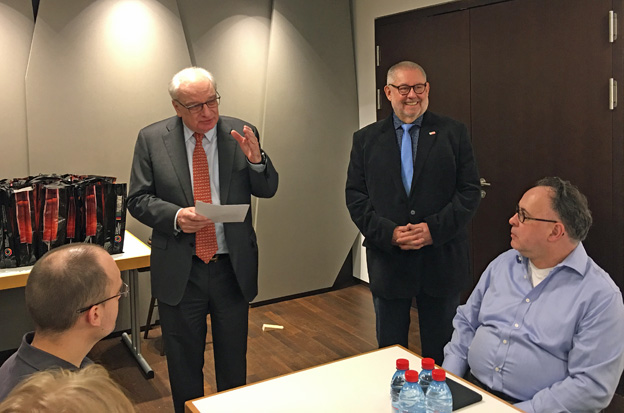 The second day was marked by a welcome speech of the Secretary of State for Culture, Guy Arendt, and an informative visit of the Philharmonie with the spectacular Auditorium and the no less impressing Chamber music hall, both venues being at the centre of an annual program which presents the world’s finest artists to the audience of Luxembourg and the border regions. 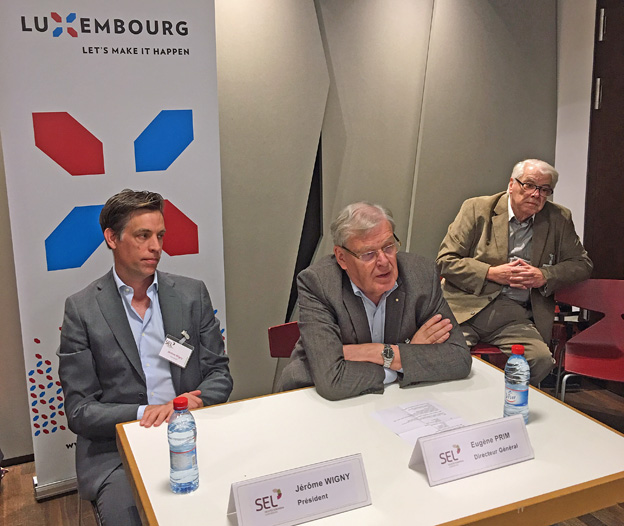 Furthermore, the Jury attended an exhaustive presentation of the activities of the Chamber Philharmonic Solistes Européens Luxembourg, whose upcoming CD releases with Naxos (symphonic works by Louise Farrenc) and Rubicon were presented as promising elements for the next ICMA selection. 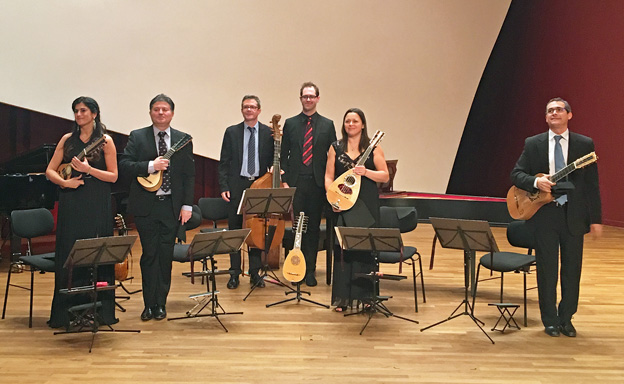 In the evening, Luxembourg’s music export office Music:LX, the Ministry of Culture and the Philharmonie presented a special event for this ICMA General Assembly, featuring Artemandoline, Duo Rosa, cellist Cyprien Keiser with Markus Krebel at the piano, and pianist Jean Muller.

Artemandoline was not unknown to the Jury members since the ensemble was nominated for the International Classical Music Awards 2016 with the CD Sospiri d’amanti on Deutsche Harmonia Mundi. 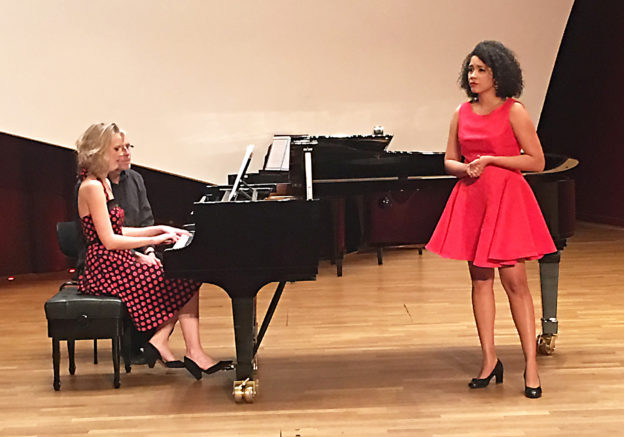 In a very different repertoire, Duo Rosa presented art songs, Broadway and Cabaret Songs by Gershwin, Bernstein, Hageman, Bolsom and Kurt Weill. Genuinely supported by pianist Léna Kollmeier, soprano Stephany Ortega provided bright entertainment in this showcase concert. With a terrific stage presence and a highly communicative singing she presented a glittering assemblage including I Got Rhythm, I Hate Music and I Feel Pretty as well as the emotionally enriched Do not go my love. With amazing characterizations, the ability to adapt the vocal delivery to each song and to add appropriate theatrical acting, Duo Rosa’s show was a smashing success. 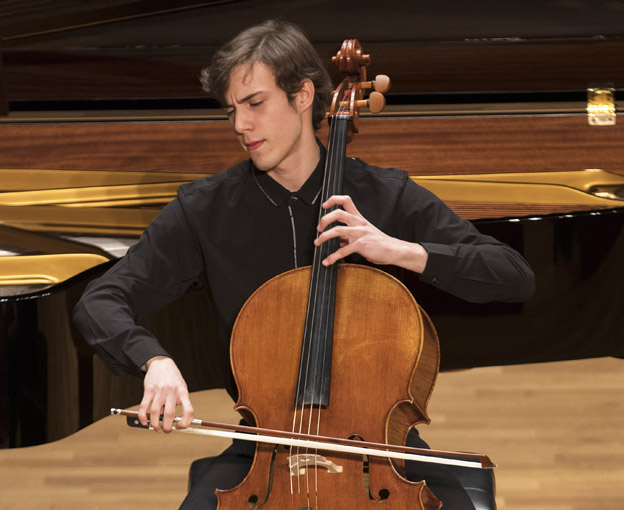 In the second part, the 17-year-old cellist Cyprien Keiser proved one as committed as passionate performer for Prokofiev’s complex and difficult Cello Sonata op. 119. The young cellist is obviously a highly promising talent. 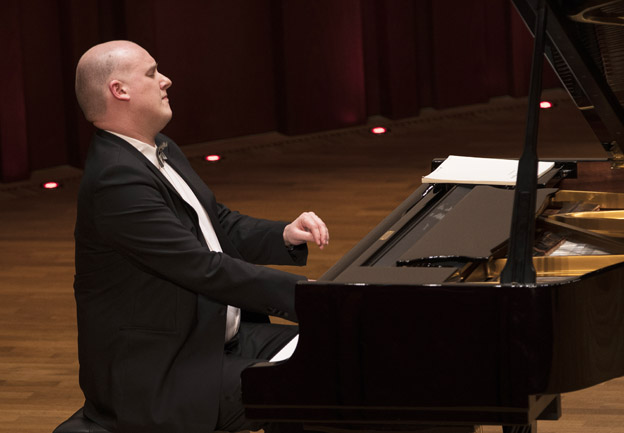 Pianist Jean Muller started his performance with a very personal and inward-looking Chopin-Barcarolle which didn’t fail to pay dividends by highlighting the work’s formal perfection. Muller also made a big impression with the Third Barcarolle by the young Luxembourgian composer Ivan Boumans, a work in which he cared for the contrast between the more passionate passages and the underlying warmth and optimism. A charismatic personality at the piano, Muller ended his recital with György Ligeti’s Etude No. 13, The Devil’s Staircase. The performance was gorgeous with exceptionally rich dynamics and a constant highly dramatic pulse throughout the piece. Devilish indeed!