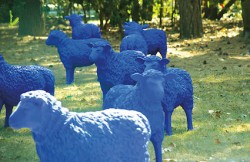 In Bad Ragaz, where the ICMA General Assembly is to take place in February 2015, Europe’s largest sculpture exhibition is organized once more at Grand Resort Bad Ragaz. The Swiss Triennial Festival of Sculpture, known as Bad RagARTz, will be held for the sixth time now, and aims to be bigger and better than its predecessors, a beacon of the art world and the largest Swiss sculpture event of its kind.

From 9th May until 1st November 2015, approximately 400 sculptures will be installed in public areas of Bad Ragaz in Switzerland’s Sargans region and Vaduz in Liechtenstein, thanks to masters of the art world such as David Bill, Robert Indermaur, Mimmo Paladino, Jörg Plickat, Graziano Pompili, Kan Yasuda and many more. For artists this year, the theme will be dedicated to the colour blue. This is in part as a tribute to the region’s 175th anniversary of the thermal water but also as a symbol of the sky, as well as the future, peace and youth. 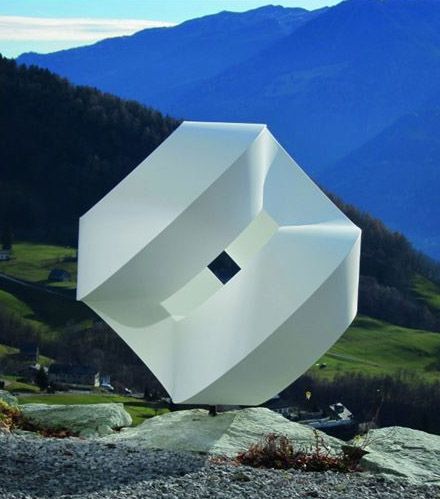 Some 10,000 visitors are expected for the event’s opening on 9th May 2015. During the following six months all eyes will be on Grand Resort Bad Ragaz as it becomes a worldwide cultural phenomenon, hosting not only the art trail but concerts, literary tours and a chance to meet the artists. With a complimentary entry, the concept of free art for everyone is at the heart of Dr. Rolf Hohmeister’s plan. A highly-regarded rheumatology specialist at Grand Resort Bad Ragaz’s Medical Health Centre he has been the driving force behind Bad RagARTz since its inception in 2000. « This is no museum », he says. There are no doors and no entry fee. You only need the willingness to encounter art wherever you go.” When he took out a mortgage on his house to finance the first exhibition, his critics predicted bankruptcy. Today, the triennial event is funded by sponsors and is the biggest sculpture exhibition in Europe attracting 480,000 visitors in 2012.

The Bad Raganz Grand Resort will be offering a 3-night package to all guests in light of Bad RagARTz. For further information visit www.resortragaz.ch and www.badragartz.ch.