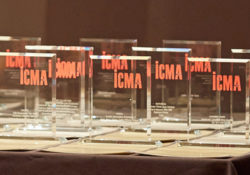 The Philharmonie Luxembourg and the International Classical Music Awards have announced that the annual ICMA Award Ceremony and Gala Concert will take place on 21 April 2022 at the Philharmonie in Luxembourg, hosted by the Luxembourg Philharmonic. The event will reunite the prominent award winners and representatives from the international musical industry at one of the most prestigious cultural places in Europe.