This weekend, the signing of the agreement for the ICMA  Award Ceremony 2023 took place at the National Forum of Music NFM in Wroclaw, Poland.

In his welcome speech, NFM General Manager Andrzej Kosendiak said that having won two ICMA Awards in 2019, one for the Wroclaw Baroque Orchestra on the Swiss label Claves and one for the NFM Wroclaw Philharmonic with the Pärt Symphonies on ECM, the idea came up to organize the Gala in Wroclaw. With the National Forum of Music the city is able to offer the best possible conditions for the event. « ICMA are in today’s music world recognized as the most important international awards », Kosendiak said. 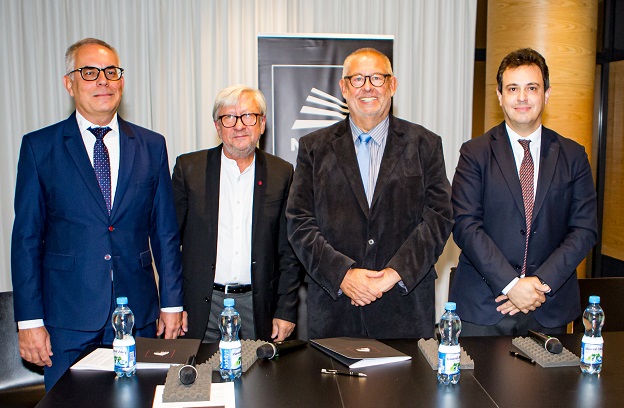 Jerzy Pietraszek, Director of the City of Wroclaw’s Culture Department, expressed his joy and satisfaction that with the ICMA Awards the city, so rich in cultural events, once again underlined its important position in Poland’s musical life. 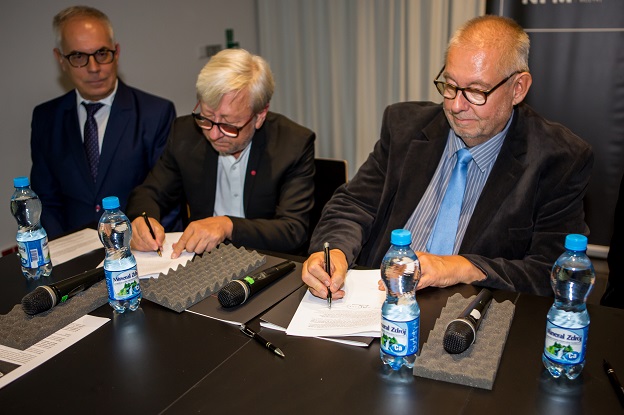 ICMA President Remy Franck pointed out that with the Wroclav event, ICMA would establish a real tradition, since the Awards were already organized in Poland twice, in Warsaw in 2014 and in Katowice in 2018.

As Remy Franck and Secretary General Nicola Cattò said, ICMA has indeed a long-established relationship with the country, since 2012, when in its second Award Ceremony in Nantes, France, Krzysztof Penderecki received the Lifetime Achievement Award. 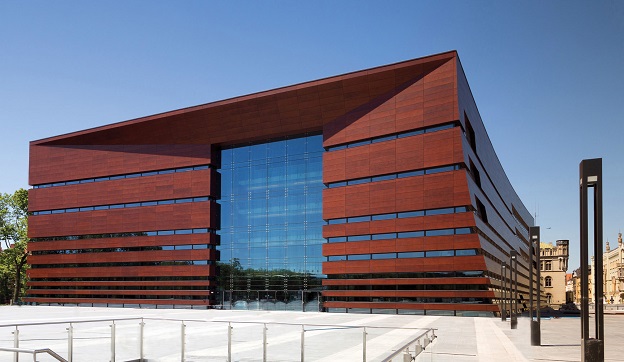 Subsequently Elzbieta Penderecka invited the Jury to hold a General Assembly during her Beethoven Festival in Warsaw and later, in 2017, another one at the Penderecki Centre in Luslawice. Since 2018, the Jury also has a Polish member with Radio Polskie Chopin, represented by Jakub Puchalski.

Nicola Catto said that the Jury is eagerly looking forward to organize the Award ceremony in the superb National Forum of Music, one of the most important music locations of Poland. 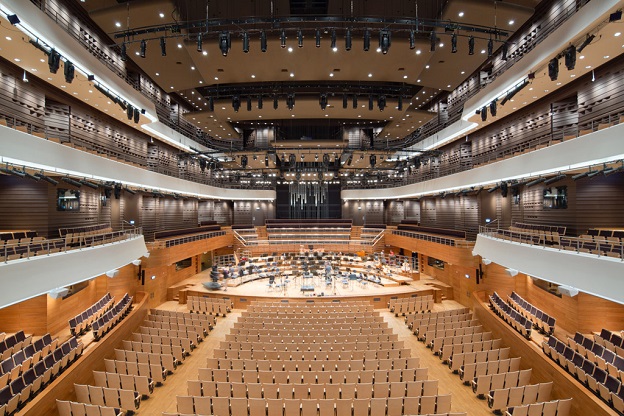 Andrzej Kosendiak, the current director of NFM, was one of the main initiators of the project to create the new venue which has been hailed by foreign visitors such as Simon Rattle who said « Wroclaw has one of the greatest European concert halls, a joy for us all to perform in. »