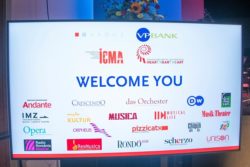 The ICMA Award Ceremony & Gala which took place in Vaduz on 27 June were an outstanding and very special event, one of the most important and the most challenging in the year 2021 so far.

Presenting no less than 7 soloists, three conductors as well as the world premiere of Organic Beats by ICMA winner Ivan Boumans, the Award Ceremony and Gala Concert were streamed live for the first time in ICMA’s history. The event was followed by several hundred people at the Vaduzersaal and by thousands of spectators in the Internet. 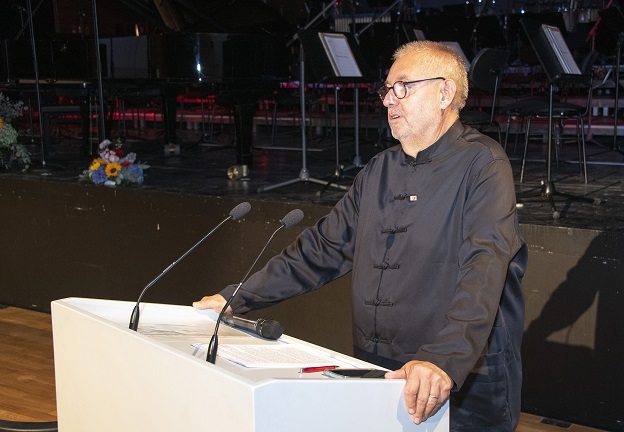 ICMA President Remy Franck said: « After the cancellation of our Award Gala in Seville in 2020, and the postponement of the Gala 2021 from April to end of June, we were overwhelmingly happy when it became a certainty that the June event was confirmed. We became part of that enormous upward movement that had taken hold of the cultural world, and the prospect of being able to organize this concert with so many artists was just terrific. » 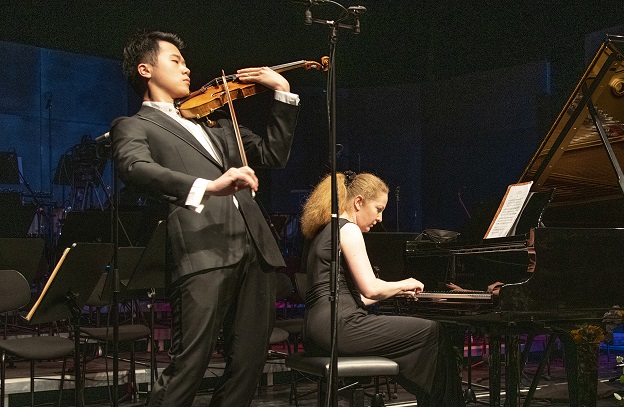 The Award Ceremony was presented by Remy Franck, and despite the changes, the sanitary measures and the difficulties for artists to travel, a large number of winners came to get their trophy and ICMA diploma 2021. Remy Franck said: « Today, again, we are honored by the presence of so many distinguished guests. I thank the Liechtenstein Symphony orchestra’s management for their hospitality and the professionalism which we encountered during the preparation of this event. And I thank Drazen Domjanic for having made this possible. Drazen you are one of the strongest supporters of ICMA and we are very grateful for your commitment. I also thank Florian Thierbach from the SOL who, together with a wonderful team, did a brilliant job and worked hard to organize everything with total commitment. » 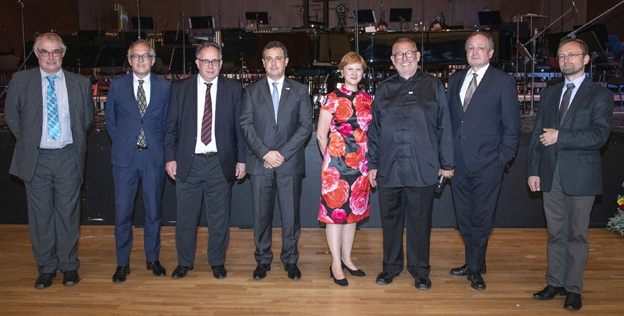 After the Award Ceremony, the Gala Concert took place at the Vaduzersaal, featuring several winners of this year’s panel.

The Sinfonieorchester Liechtenstein was led by Yaron Traub, but the concert started with an opulent performance, powerful an beautifully lyrical, of Wagner’s Meistersinger Overture conducted by Riccardo Chailly, who won an award in the Video Performance category with the Lucerne Festival Orchestra. 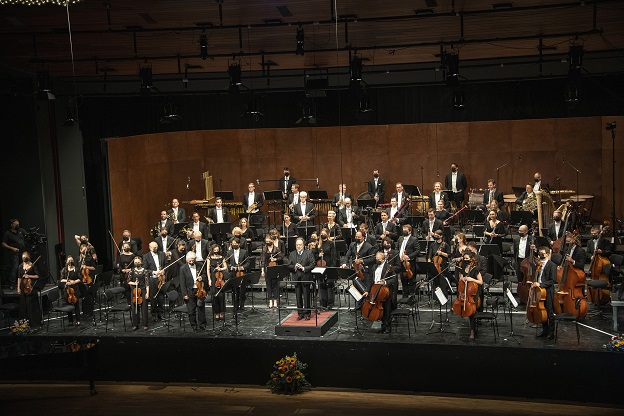 And then, the audience heard the world premiere of Organic Beats an immediately appealing new work written by Ivan Boumans, winner of the composer Award 2020. The first performance of this terrific piece was postponed from last year, when the ICMA Gala in Seville was cancelled due to Corona. And since American conductor John Axelrod was supposed to conduct the premiere, he did so this year. With its many innovative ideas, contrasts between more rhythmic and more lyrical, melodic passages, between sonorous outbursts and delicate moments, Organic Beats amazed the audience as much as the orchestra musicians.

Marc Bouchkov, violin, winner of the Orchestra Award, was heard in a brilliant interpretation of Tchaikovsky’s Valse Scherzo op. 34.

In 2020 young Turkish pianist Can Cakmur won an award in the Solo Instrument category and in 2021 he became Young Artist of ICMA. So he took his two awards in Vaduz and he played the first movement of the Schumann Piano Concerto with the Liechtenstein Symphony in a vigorous and sensitive performance conducted by Yaron Traub.

Violinist Franziska Pietsch, a winner in the Chamber Music category, was full of passion in Ravel’s Tzigane, brilliantly accompanied by the SOL under Yaron Traub. 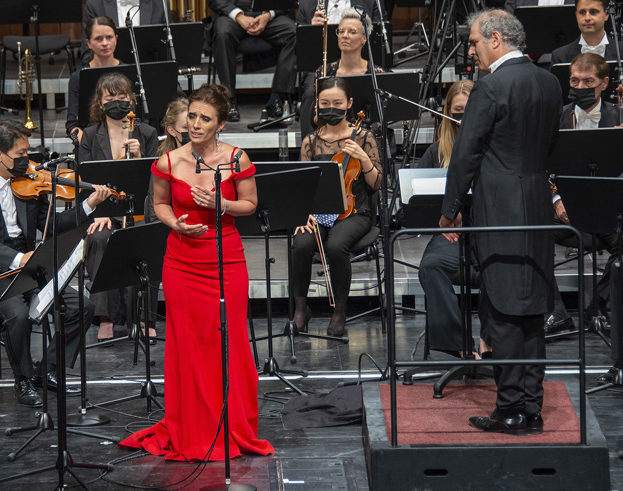 Albanian soprano Ermonela Jaho especially came from New York to get her ICMA trophy which she won in the Vocal Music category. Called ‘the greatest tragedian since Callas’ by Remy Franck, she enthralled the Vaduz audience with Addio del passato from Verdi’s Traviata.

Violinist Ingolf Turban who received a Special Achievement Award for his extensive recording activity, played a wonderful Introduction & Rondo Capriccioso by Camille Saint-Saëns, virtuosic and soulful at the same time.

The concert ended with the in this case highly symbolic Jubel-Ouvertüre, op. 59 by Carl Maria von Weber.

The Award Ceremony and Gala Concert were organized by ICMA and Sinfonieorchester Liechtenstein with the help of VP Bank and the municipality of Vaduz. It will be broadcast by several radio stations, members of the European Broadcasting Union. The Ceremony and the Gala Concert are also still available on the Internet platform www.kulmag.live .