The Lucerne Symphony Orchestra hosted the Award Ceremony and Gala Concert 2019 of the International Classical Music Awards (ICMA) on Friday evening (10.05) at the KKL in Lucerne, in the presence of an international audience, numerous media representatives and representatives from the record industry from across Europe.

Prior to the concert, the Award Ceremony took place at the KKL Auditorium, where winners or their representatives took their trophies from various Jury members.

In his opening speech, ICMA President Remy Franck said: « I am really happy and satisfied that we have once more a broad spectrum of musicians from all genres among our winners, from the most well-known artists to the young ones who are at the very beginning of their career. » Franck also said: « Being in Lucerne and having our Gala at such an iconic place like the KKL is for us a great honor. »

About ICMA, the President underlined: « Last year in Katowice, the ICMA jury had only 17 members. Today we are nineteen, since we added the Polskie Radio Chopin and Deutsche Welle, two important media, and with Radio Chopin also a new country, Poland, bringing the number of countries to 15. With all these Jury members we fortify our position as the only independent and international music jury in the world. »

The list of the winners who took their trophy either themselves or had sent representatives, is available here.

During the Award Ceremony Zofia Neugebauer and Andrea Cellacchi, both members of the Lucerne Symphony, played the Sonatine for Flute and Bassoon by French composer Pierre Gabaye (1930-2000). The audience applauded a playful and charming performance.

16-year-old German cellist Philipp Schupelius gave a stunning performance of György Ligeti’s Sonata for cello solo. With a supreme degree of fervor and commitment the young musician was immersing himself totally into the music, creating as much variety as possible in the work, alternating between a restless tenderness and tremendous energy as well as rhythmic drive. 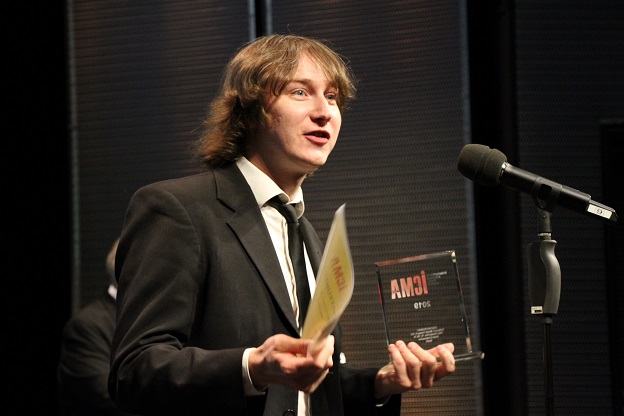 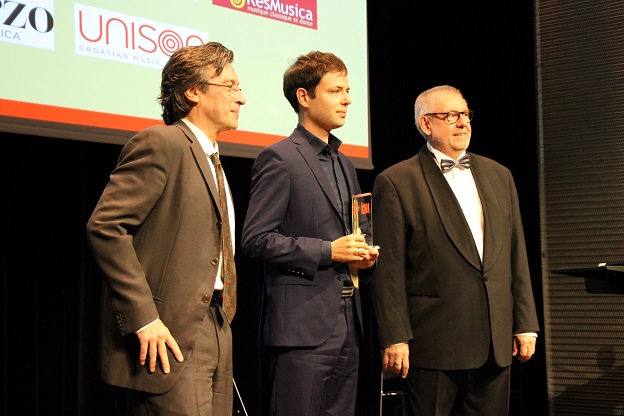 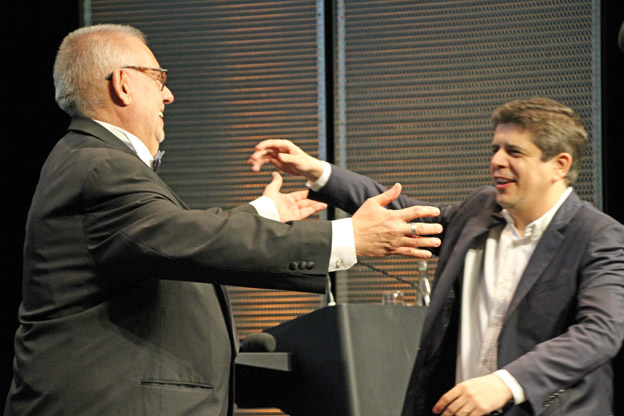 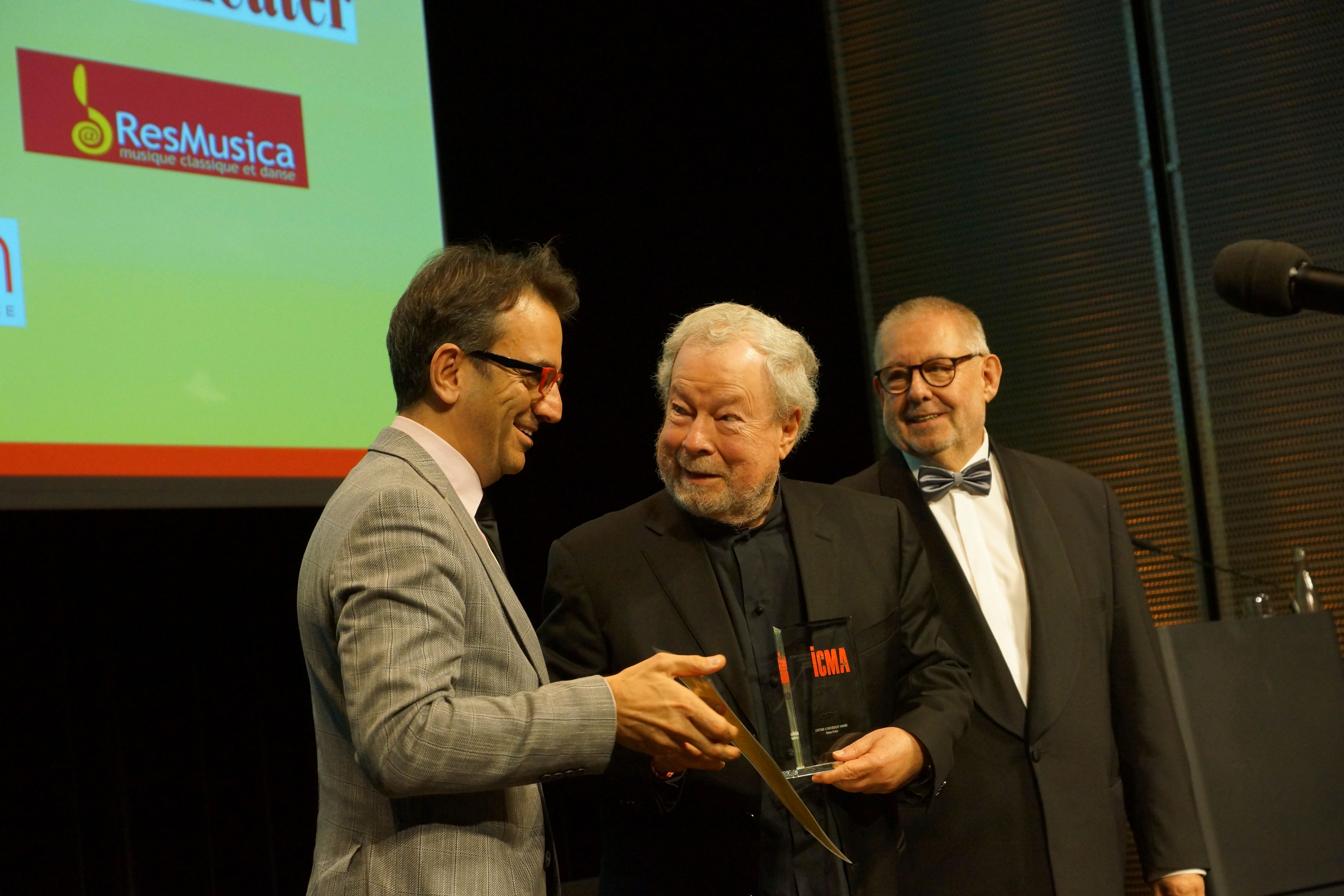 The gala concert was an evening of highlights. The audience enthusiastically applauded the performing artists and the Lucerne Symphony conducted by Lawrence Foster who framed the performances of the ICMA winners with excerpts from Georges Bizet’s L’Arlésienne.

Violinist Chouchane Siranossian (a winner from the Assorted Program category with her CD ‘In time’) and cellist Christoph Heesch who won with his debut CD ‘The Golden Age – Cello 1925’, played the last movement from Johannes Brahms’s Double Concerto in a very fresh and delightful performance.

Matko Smolcic, Young Artist of the Year, was the soloist in two movements of Carl Maria von Weber’s Bassoon Concerto. Smolcic enthralled the audience with his beautiful, elegant and lyrical sound, his extremely well-articulated and captivatingly rhetoric playing. He was accompanied in a most lively fashion by Lawrence Foster and the Lucerne Symphony who did also a great job in Pablo de Sarasate’s Carmen Fantasy, amazingly played by Stephen Waarts, winner of the Orchestra Award chosen by the Luzerner Sinfonieorchester.

Artist of the Year Javier Perianes gave a brilliant and luminous performance of the first movement of Grieg’s Piano Concerto, beautifully shaped and breathed, yet filled also with the urgency that can mesmerize an audience.

Nelson Freire, winner of the Lifetime Achievement Award, played Chopin’s Barcarolle. Freire’s sublime reading with much vitality and overwhelming elegance was a wonderful showcase for his superb artistry.

Tabea Zimmermann, viola, and Denes Varjon, piano, who won with the Myrios production ‘Once upon a Time’, played Robert Schumann’s Märchenbilder op. 113 with an amazing expressivity and depth.

Discovery Award winner Eva Gevorgyan, 15, was an outstanding performer of the final movement of Camille Saint-Saëns’s Piano Concerto No. 2. The incredibly mature soloist ideally combined subtlety, refinement and colors with the bluster and virtuoso aspects of the music.

The highlight of the highlights was Leif Segerstam’s account of Valse triste by Jean Sibelius. Having won an ICMA Award for his Naxos recording of Sibelius’s Incidental music with the Turku Philharmonic, Maestro Segerstam transformed Valse triste in a mystic music piece from another world. This music has rarely been played as profoundly or as ethereally and in the same time with such a moving sadness as in this concert with the Lucerne Symphony. It was a most magical and fascinating moment in this wonderful concert, and Lawrence Foster was himself deeply moved when he returned to the podium for the last Bizet piece: « I have conducted Valse triste a lot in my career, yet, after having heard Leif’s performance tonight, I will never conduct it again. » 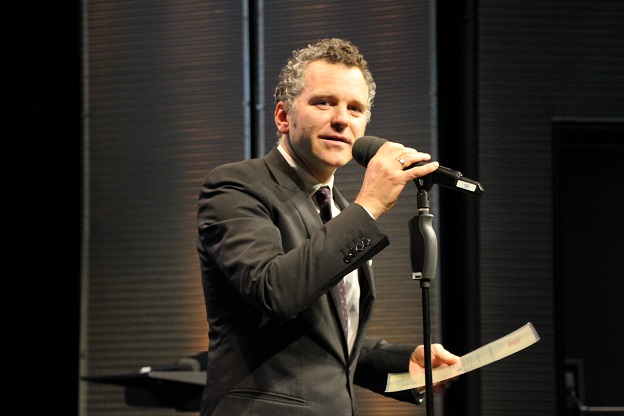 So, at the end, the first ICMA gala concert held in Switzerland was a great success and, as Numa Bischof Ullmann, artistic director of the Luzerner Sinfonieorchester says, a particular honor for the Luzerner Sinfonieorchester and the city of Lucerne itself: « Lucerne is celebrated internationally as a city of music and is the perfect venue for holding a gala concert to honor the stars of the classical music scene of today and tomorrow. We see this as a perfect opportunity to not only demonstrate the sound quality of our orchestra to the international classical music scene, but also its diversity and innovation. »