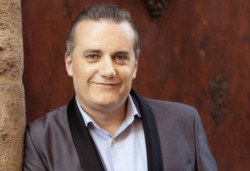 Among the winners of the International Classical Music Awards 2021 is the CD Fantasque produced by Audite and played by the violinist Franziska Pietsch and the pianist Josu de Solaun. It contains Sonata no. 1 op. 13 in A major by Gabriel Fauré, the Sonata in G minor by Claude Debussy, the Sonata no. 2 in G major by Maurice Ravel and the Sonata for violin and piano by Francis Poulenc. Florica Jalba from Jury member Radio Romania Muzical made the following interview with Josu de Solaun.

First of all, congratulations on the award! I think it was very good news for you during this difficult time we are going through.
Yes, exactly, during this period any good news has a special meaning, it is worth much more and I was very happy to receive the news of this award. For any musician, receiving an award in the current circumstances gives him hope to move forward and hope for a better future.

How did you decide to select the program for this disc – four sonatas from the creation of four French composers?
I always felt very close to French music. I fell in love with her since school, when I was studying in Spain. In particular, I appreciate the works that, together with my duo partner, I chose for this record. At the same time, we wanted it to be something extremely different from the previous album with creations by Strauss and Shostakovich. So I chose these sonatas with music that shows parody, sarcasm, but also tenderness and a wealth of colors. Nothing could be more different than French music, and taking into account personal preferences, it turned out to be the perfect choice. 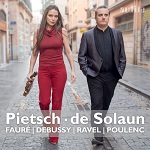 Franziska Pietsch is the violinist alongside whom you recorded for the second time. Tell us about collaborating with her and if you plan to run other projects together.
Our German record label, Audite, had this idea, to bring us together. The people there considered that we have similar temperaments and here it is already 4 years since the beginning of our collaboration. From the first rehearsal we realized that we understand each other very well, almost telepathically, so we started working and it turns out to be a wonderful collaboration. We will continue to record together, the next selection being Bartok – Sonatas for violin and piano.

Regarding the solo projects, what are your plans for the next period?
Very soon, my new solo CD will be released, after a break of about 4 years, because the concert activity did not allow me to give time for recordings. Basically, it is the first solo album after the one dedicated to Enescu’s works. This time I recorded Brahms and Schumann. I am going to publish my first volume of poetry that will be printed by a Spanish publishing house. These are poems that I have been working on for the last 20 years and that I have completed during this pandemic period. Restrictions will soon be relaxed here in Spain, and several concerts are planned. Obviously, many were canceled, but I managed to support some during this period.

What do you think about the period in which we are now, the one in which the vaccination campaign takes place?
There is a poem written by the American Emily Dickinson in which it is said that hope is like the feathers of a bird – so fragile, but so strong at the same time, that they allow the bird to fly. I believe that hope is much stronger than optimism and that it is our only chance. Hope it gets better. As a musician, all I can do is keep studying, because in such times, people’s morale tends to drop. 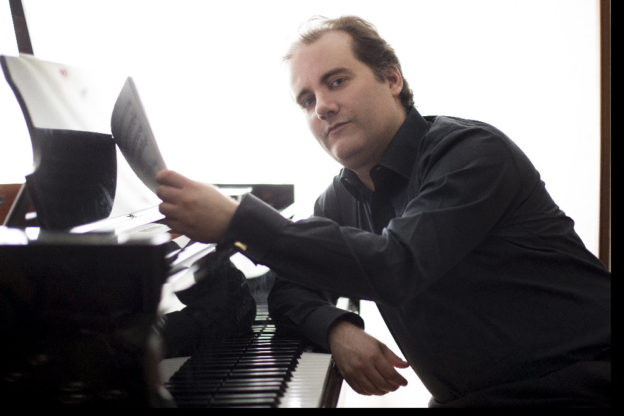 Do you think that the vaccine will be the solution to the current problem?
I certainly consider the vaccine to be one of the solutions, but I believe that a combination of solutions will be needed. Throughout history, there have been much more serious situations, but they have been resolved. All it takes is patience, and that’s the hardest thing to do in life. I think one of the life lessons of the pandemic is to learn to be patient and to have the ability to imagine a better future.

Finally, would you like to tell us something in Romanian? I know you’re studying it.
Yes, I write, read and understand Romanian well, but I still have work to do on pronunciation. I strive to surprise you one day with a full interview in Romanian. Until then, you can read in the Yearbook made by the Romanian Cultural Institute in Madrid a vast article, of about 20 pages, which I wrote about Romanian music and about what I consider to define it (The idea of Romanian in music). I worked a lot on this article and I researched for a long time.

The interview was translated by Alma Teodora Miron,