Zermatt Festival takes place every year at the end of summer in the famous Swiss alpine city of Zermatt. The festival, organized by and around the Scharoun Ensemble (winner of an ICMA trophy in 2012 in the category ‘Chamber music’), features soloists of the Berlin Philharmonic Orchestra. The Scharoun Ensemble leads an academy for young professionals who play with the ensemble in an orchestra, in chamber ensembles and for a few exclusive concerts.

The Scharoun Ensemble also invites a selection of soloists to play the music they love. This year, they invited soprano Mojca Erdmann and cellist Nicolas Altstaedt (awarded by the ICMA 2013 in the category ‘Chamber music’).

Pierre-Jean Tribot, Editor in chief of ResMusica and Vice-president of the Jury, was present during the last weekend of the festival. The week-end was a firework of concerts. 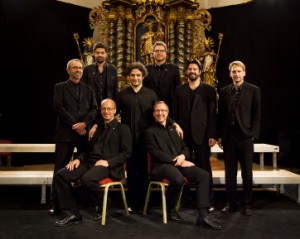