The Board of the International Classical Music Awards ICMA held a meeting in Paris last Saturday. The members validated the result of the votes qualifying the winners of the Awards 2014 which will be presented on 12 April 2014 in Warsaw. The Award Ceremony and the Gala Concert will be hosted by the Ludwig van Beethoven Easter Festival. The names of the winners will officially be published on 20 January 2014. 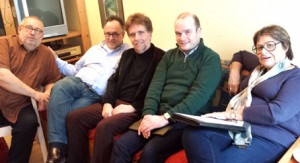