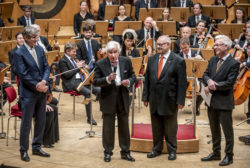 ICMA President Remy Franck attended the concert in which Kitajenko conducted a Prokofiev & Scriabin program, and after the intermission he presented the trophy and the Award diploma to the conductor and the orchestra represented by its General Manager Stefan Englert and Georg Heimbach from the Musicians Committee. 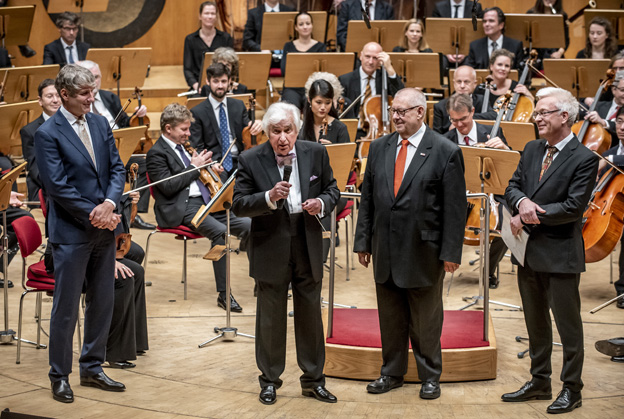 Here is the Jury statement for this award: « In Sibelius’ Second Symphony Dmitrij Kitajenko comes closer to the spirit of the score than a lot of other conductors, and his performance is one the most atmospheric and gripping available on disc. With extremely rich and differentiated textures, it breathes with stunning immediacy and impact. The playing of the Gürzenich Orchestra is superlative throughout. »