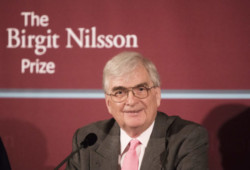 Rutbert Reisch is the most intimate and profound guardian of Birgit Nilsson’s heritage; he was at first an admirer and then a friend of the great Swedish soprano. After the Nilsson Foundation won an ICMA Award 2019 for the CD box ‘Birgit Nilsson. The Great Live Recordings’,  as well as a nomination for the DVD documentary “Birgit Nilsson: A League of Her Own”, ICMA Jury member Nicola Cattò (Musica) made the following interview with Rutbert Reisch.

A calm and elegant gentleman – who only gets angry when a fellow journalist asks him the reason for such a high amount of the Nilsson prize ($ 1 million) and he then replies with annoyance that « no one asks such questions to football players or Nobel laureates: and music does much more for peace compared to what they do! » – Reisch listened to Nilsson for the first time in Vienna in 1965: this was followed by two hundred other live performances, including 35 times as Isolde (« but none was the same as the previous »). 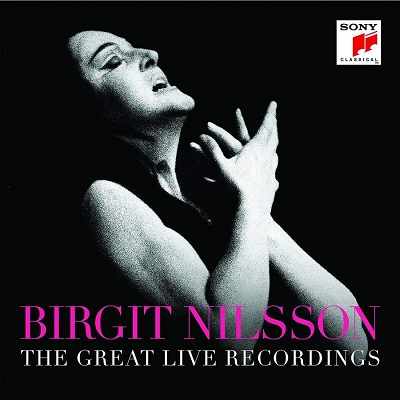 Although aware of the lack of originality of the question, I cannot but ask you the first impression you had when you listened to the voice of the great Swedish singer.

I had never had such an experience from any other voice and if you ask me to describe it…, well, I can’t: this is the mystery of music, which goes straight to the heart. Trying to describe it loses the mystery, the fascination. I had heard many great singers and each of them had some technical qualities in common: but the aspects that made them special were unique and unrepeatable. What was incomparable in Nilsson was the radiance of the voice, and the apparent ease with which it was produced. She told me that true magic is achieved only with the apparent absence of effort. When you can hear the technique, something is wrong.

Was Isolde really the most successful role by Nilsson?
This is my favourite opera, but why it was Birgit’s “best” role is that Isolde puts the greatest demands on the singer. For the soprano there is more to sing in the first act of Tristan than in the whole of Aida! And a great Isolde must know how to sing pianissimo and to soar over a large orchestra all the way to the Liebestod: and, unlike Götterdämmerung, the orchestration is layers of silk, not layers of brass!

Birgit Nilsson was not satisfied with her official recordings, because they did not give justice to the size of her voice. So, what choices did you make for the recent Sony box?
The aim was to give a more faithful reproduction of the magnificence of her voice. Nilsson’s voice needed space to expand fully. While listening to it closely — so many among her colleagues told me — it didn’t seem particularly large: this stemmed from her particular vocal technique. Many of the live recordings contained in the box were already known in the “private” market, but the various labels had always taken them from radio sources: we, instead, started from the original tapes. Finally, we can do better justice to the fullness and richness of her upper register, and to the dramatic stature of Nilsson, which in the recording studio was much less obvious due to the absence of the public. Moreover, this box set bears witness to the absolute perfection of a voice that, for over thirty years, has sung the most demanding repertoire, with no compromise.

But the voice must have changed over the years!
Certainly, and similarly her interpretation of the characters has evolved: this is why we have included three Tristan recordings of excellent sound quality (Bayreuth 1957, Vienna 1967 and Orange 1973). I also wanted to include Götterdämmerung, but there were some legal impediments. And I would have chosen the Elektra from Vienna, not the one from Montreal, but that was not possible.

A famous sentence by Nilsson is « Isolde made me famous, Turandot made me rich »: how did the Foundation manage the legacy of the singer?
In my opinion this sentence, with the irony that was typical of Birgit, also meant that if you want to sing Wagner well you have to sing Verdi and Puccini in order to maintain a perfect legato and flexibility. Speaking about money, Nilsson’s husband was anything but the typical « diva’s husband »: a very successful businessman, he was able to invest with great skill in the stock market and in 2005 he conferred to the Board of the Foundation all the capital, two thirds of which since then have been managed by me. And I think we did reasonably well as we have covered all the expenses, such as the prize ceremonies, since then, without touching the principal: the future of the Nilsson Prize is, in my opinion, assured. 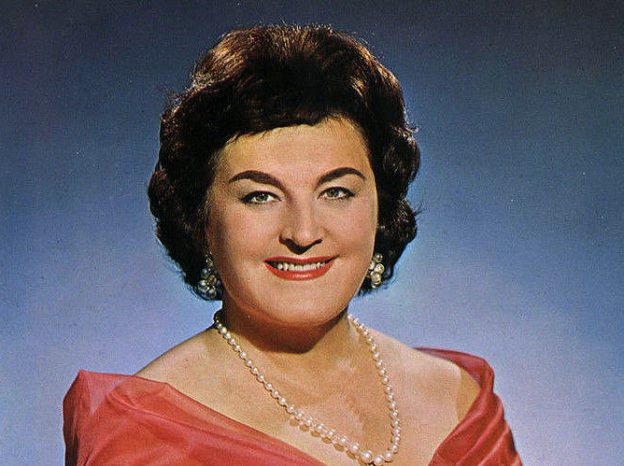 What will be your future role in the Foundation?
I will remain on the Board, as Birgit herself wanted, as long as I can: I believe I have accumulated some experience over the years, and I can facilitate a smooth transition for the new Academy-led management. After years in which everything has depended primarily on me, it is right to think about the future, to understand when it is time to stop.

As it happened for the Nilsson herself…
True, her husband also feared that her farewell would be painful. Instead, after having sung for 38 years, she never told anyone that she intended to stop singing opera: she did, and that was it. She even cancelled a Frau ohne Schatten in Vienna because « I do not want to go to my own funeral ». I was present at her last concert in 1984, even if I didn’t know that it would be her final one.