ICMA Lifetime Achievement Award winner Matti Salminen has been among the most famous basses of opera stages already over 40 years. He is especially famous in Wagner-roles, but his repertoire is large, reaching even to Finnish tangos. His steady, resonant bass is flexible enough also for subtle nuances, and he emphasizes opera always as a comprehensive theatre. Read our article by Harri Kuusisaari, ICMA Jury member for the Finnish magazine Rondo Classic.

There is nothing diva-like in Matti Salminen’s behaviour. He has one natural, unpretentious charisma on stage, and his long experience on top of the opera world becomes evident when he speaks about his life. But still you can feel his background as a son of a working class family in Turku, who earned cash for his voice lessons by singing Finnish tangos in nightclubs.

He is quite forthright in talking, but remains humble when arts are concerned. He is not one of those singers who are pleased to remember old good days. For Salminen, opera is a continuous search for something new. He urges to challenge habits and is even supporter of the so called Regietheater, where a director’s new interpretation is an essential part of the performance.

« I have a kind of love-hate relationship with directors. I haven’t always agreed with their ideas, and I might get frustrated if they cannot justify them. Yet, I am fascinated by the opportunity to find familiar works in a new perspective. Then it’s a joy to do them. The creative fantasy of the directors has enriched my life as a singer very much”, Salminen says.

He is turning 72 next summer, but he hasn’t announced any retirement, yet. In October 2016 he appeared as Rocco in a new production of Fidelio at the Staatsoper Unter den Linden in Berlin, with long time colleagues Harry Kupfer (director) and Daniel Barenboim (conductor).

If the voice doesn’t have the same splendour than in earlier days, Salminen’s stage presence is as expressive and charismatic as ever – and he can take benefit of the situation by concentrating on subtle nuances instead of volume.

In 2015 he appeared at the Savonlinna Opera Festival in a new production of Boris Godunov, and he performed the tsar in such an intimate way that the inner suffering of the character was deeply moving. The same could be said of his Filippo (Don Carlo) at the Salzburg Festival in 2014.

“Whispering can be more effective than shouting. In recent years I have realised more and more the importance of the economy in expression: less is more”, Salminen said in his 70-years birthday interview in Rondo Classic.

The singer’s life began at the age of six in a local choir. While studying under the direction of soprano Lea Piltti in Turku, Salminen was singing tangos using the pseudonym ‘Esa Pasa’. At first he couldn’t get into the Sibelius-Academy, but later the principal gave him a special permission to study there.

Still, the urge to sing professionally was bigger. He got a job with the Finnish National Opera Choir in 1966. His breakthrough occurred in 1969, when the 24-year-old bass replaced a sick colleague in the role of Filippo (Don Carlo), at very short notice. 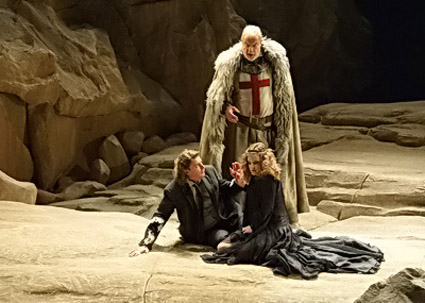 Bayreuth was a launchpad to all the important opera houses. In Zürich he was part of the opera ensemble and Zürich has remained his home until now.

Still, he never forgot his native country. The Savonlinna Opera Festival has been his long tie to Finland, and he has appeared in new Finnish operas, in King Lear by Aulis Sallinen and Rasputin by Einojuhani Rautavaara – roles specially written for him.

Although Salminen prefers to look forward than backwards, he admits that he has got a rich life and career and was lucky enough to meet the right people at the right time. « When I went to Central Europe in 1972, the opera life was very different from what it is now. Then, for example, in Munich there were 60-70 singers in a house ensemble. Nowadays most of the singers work on a freelance base, moving from one production to another, and life can be really hard. Maybe my career just begun in a high season of opera”, he says. « In Cologne intendant Claus Helmut Drese saw my resources and began to train me in the long term, from smaller roles to the bigger ones. That was a great way to grow and learn repertoire – at the beginning I could hardly speak German.”

“My encounters with several conductors also were essential – Wolfgang Sawallisch, Marek Janowski and Colin Davis were those who opened new doors. And of course the revolutionary Monteverdi with Nikolaus Harnoncourt and Jean-Pierre Ponnelle in Zürich was important.”

Then, there were the directors. Devastating for Salminen was Patrice Chéreau’s work in Bayreuth Centenary Ring. He recalls the beginning of the rehearsals: Chéreau just asked singer to walk around, and ideas came reacting and improvising.

“With Götz Friedrich I had a long and fruitful relationship – and that doesn’t mean we agreed upon everything – from many roles at the Deutsche Oper Berlin up to his last Ring in Helsinki. It was nice to follow his path from a radical style to a more universal one.”

Even though Salminen’s voice sometimes can grow really steely like in Hagen’s men’s call, he emphasizes nuances in Wagner. “Hagen’s demonic character evolves mostly from silent thread”, he says. “If you look at Wagner scores, they are full of p and pp marks.”

His favourite role though is Marke in Tristan und Isolde. “It’s so multi-facetted, and there are so big emotional things compressed in quite a short time. It needs a real intensity. And again, I enjoy when directors find out something new for it. Peter Sellars even saw a homosexual relationship between Marke and Tristan. Why not?” 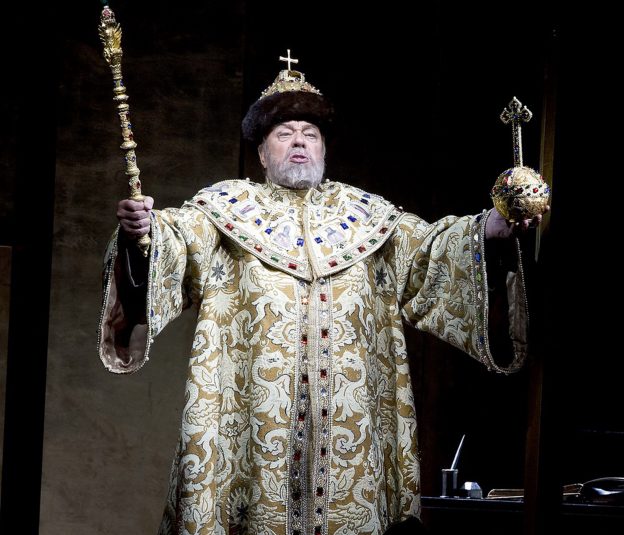 Kaspar (Der Freischütz) is also an example of the role that allowed Salminen to show his theatrical ability, especially in the production directed by Ruth Berghaus and conducted by Harnoncourt. The Zürich production is available on DVD. Where has he got such an inner energy? The answer is: by studying the score and roles as well as possible. “And it’s not enough to know your own part – you must also know the others in order to be able to react and maintain your stage presence every second”, Salminen emphasizes.

Salminen has founded a foundation to support mainly Finnish vocal art and young talents. So, Juha Uusitalo and Tommi Hakala have been his scholarship holders, and he has supported also independent opera companies like Saaristo-ooppera (Archipelago Opera).

He has criticized vocal teaching for concentrating too much on voice itself.  « Just the sound is not enough. Actually it’s nothing but a vehicle for expression. And to express something personal, you must have experiences. You must travel, see opera, other arts, drama theatre. An opera singer-actor must know the backgrounds of the piece”, he advices.

Salminen is not narrow-minded in terms of music genres either. “All of this tango singing in my life has been enriching. Singing popular music can help in finding ways to communicate. Sometimes I think while listening to young singers that oh, where is the expression – go ahead and sing even heavy rock for a little while!”