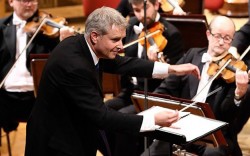 ICMA’s partner for the 2018 Award Ceremony, the Polish National Radio Symphony Orchestra presents a new festival, Katowice Kultura Natura which will run from the 15th until the 24th of May 2015. Under the artistic direction of the NOSPR’s Artistic Director and Chief Conductor Alexander Liebreich, this music festival will showcase renowned soloists, ensembles and orchestras from Poland and abroad, in varied and ambitious programmes.

The Festival was established by the Katowice Kultura Natura Association and the Polish National Radio Symphony Orchestra, of which Alexander Liebreich has been Artistic Director and Chief Conductor since 2012. The NOSPR was founded 80 years ago and is considered one of the leading symphony orchestras in Europe.

With a population of over 300.000, Katowice is the largest city in the region with an eventful history – a history that reflects challenges in both development and preservation. In the past few years, Katowice has succeeded in channelling its rich musical tradition through a contemporary cultural framework. This culminated in the opening of its new music centre in October 2014. « This year saw the completion of one of the best concert halls in Europe – not only acoustically, but more so atmospherically, » said Alexander Liebreich. Now, Katowice celebrates the 150th anniversary of its founding with a music festival. 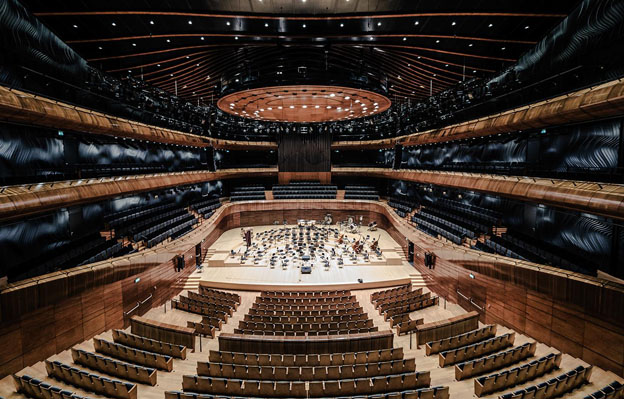 Katowice Kultura Natura aims to explore – and transcend – boundaries; the immediacy of music’s effect on a human level makes it all the more tangible. The festival’s programme knows no bounds: from Johann Sebastian Bach’s Goldberg Variations to Grieg’s Peer Gynt Suite to Schönberg’s Guerre Lieder, both artists and the audience embark on a musical search for the essence of change.

The list of participating artists highlights the thriving regional music scene complemented with the depth of the international music world. In addition to the NOSPR, guests include the Camerata Silesia, the Münchner Kammerorchester, London Sinfonietta and the Kuss Quartett from Germany. Soloists such as Barnabás Kelemen, András Schiff, Miklós Perényi, Marita Solberg and the jazz musician Stefano Bollani – as well as the RIAS Kammerchor – reflect the highest level of authenticity in musical expression.

As his work as Artistic Director and Chief Conductor of the Polish National Radio Symphony Orchestra since 2012 has proven, Alexander Liebreich is one of the most inspiring conductors of his generation. In such a brief span of time, Alexander Liebreich has already succeeded in reinventing the sound and programme of an orchestra steeped in tradition, thus winning widespread recognition in Poland. As Artistic Director of the Munich Chamber Orchestra, a position he has held since 2006, Liebreich has played an important role in the orchestra’s development through the introduction of new concert formats that have substantially enhanced the music scene in Munich.