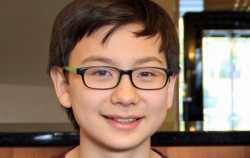 How old were you, when you began playing the flute?
I was five years old. First I played the recorder, then I carefully changed to the Piccolo, before getting to the flute.

When did that happen?
I was eight or nine years old.

Why did you choose the flute?
It was a kind of a chance. Upon the time I wanted to learn an instrument, my father wanted me to learn Russian and sent me to a Russian teacher. There I began to learn folk songs, what brought me to the recorder. That was the beginning.

Today you live in Paris. Are you the first one in your family to become a musician?
Yes.

And who recognized your talent? Was it your teacher?
I do not remember this anymore, since at that time I was only five years old. 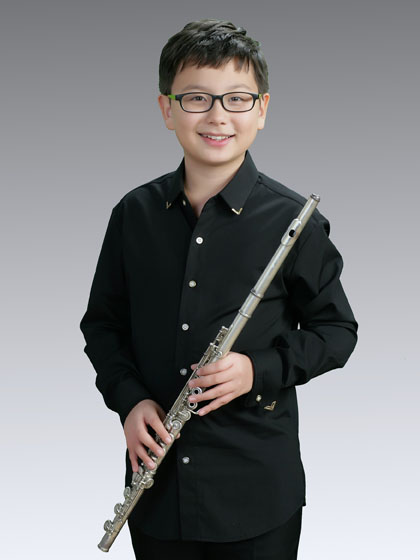 When did you think of becoming a musician?
I really believed in becoming a professional musician approximately two years ago. At that time I started my studies with Philippe Bernold at the International Music Academy in Liechtenstein. There I met other students, and we had so much fun. Being with other young flute players from all over the world was absolutely amazing for me and finally convinced me to consider becoming a professional musician.

You are seven or eight students for each week of intensive studies at the Academy in Liechtenstein. Do you consider your class mates as friends or competitors?
Apart from the flute lessons, we are in the students house, we eat together and spend our free time with each other. There is a lot to experience, to share and to connect with in a totally friendly atmosphere. But even if we play the flute there is such a thing like friendship, because we all love and deeply enjoy the music

Do you see it as an interesting perspective for yourself to play in an orchestra? Or would you like to become a soloist?
I think, it might be interesting to pursue both at the same time. There are good examples like Emmanuel Pahud who is a solo flautist with the Berlin Philharmonic and much thought after as a soloist too. I see such a way for myself.

Is there a flute concerto which you prefer?
(after quite a long thinking) … I especially like the concerto of Bernhard Romberg.

Does it offer special challenges?
Actually it is not easy to play, but it is a very beautiful work – I like it very much.

However, as winner of the first ICMA Discovery Award you played the Flute Concerto by Cécile Chaminade at the Gala Concert with the Euskadi Symphony in San Sebastian. What does connect you with this concerto?
I like this work a lot. It is very beautiful and carries many emotions.

For you, music is no longer a beautiful hobby, but a professional challenge. Do you still have time for a real hobby? What are you interested in?
I like to play football and am a big fan of Chelsea in England. In Paris I also attended some games of Paris Saint-Germain. Being in the big stadium was quite a special experience. Apart from football I like fencing. I practice this sport once a week.

Fencing is good to boast the force of reaction …
One must react very quickly, and at the same time the technique requires a high concentration. This is very useful for a musical performer too.

We remember your performance, last year at the Next Generation Festival in Bad Ragaz, with the Ensemble Esperanza under the direction of Chouchane Siranossian. What is for you the biggest challenge when you play with an orchestra?
As a soloist you must be louder than the orchestra. You are alone, facing a lot of players! This is a big challenge since the soloist and the orchestra must, at the end, form a unity. Another challenge is the interaction with the conductor or, in the case of Esperanza, with the concert master.

Who gives then the direction of an interpretation, the conductor or the soloist?
Of course, for almost everything it’s the soloist!

Nikolai Song at the ICMA Gala Concert in San Sebastian
with the Euskadi Orchestra and conductor Jun Märkl
© Juantxo Egana.jpg

A purely technical question: You are 13 and of course in the middle of growth. Does this require technical adaptations in dealing with the instrument – or is this not an issue?
This is currently a topic. I have heard that from a lot of professionals: The more largely grown you are, the wider your shoulders, the more mature is the sound you produce. I accept this challenge gladly and I hope to improve my playing in order to reach sometime the sound which will fulfil me.

Which music do you like, apart from your flute repertoire?
I mostly like classical music, yet I also listen to some rock ‘n’ roll. My younger brother plays drums and guitar, and recently he gave a concert in France. This has really been fun.

What does it mean to you to be the winner of the ICMA Discovery Award?
I think the award not only brought me joy and satisfaction. Being recognized in such a way means also that I have now even more responsibility and it urges me to pursue my way with more determination.