The Lucerne Symphony Orchestra hosted the Award Ceremony and Gala Concert 2019 of the International Classical Music Awards (ICMA) on Friday evening (10.05) at the KKL in Lucerne, in the presence of an international audience, numerous media representatives and representatives from the record industry from across Europe. END_OF_DOCUMENT_TOKEN_TO_BE_REPLACED

The Jury of the International Classical Music Awards ICMA has noted that performing artists, ensembles and orchestras encounter more and more difficulties in getting visas. The Jury, comprising media from 15 countries, comprising media from 15 countries, condemns severely the increasing problems with visas for performing artists and the unacceptable surge of labyrinthine and totally arbitrary bureaucracy leading to a worsening of artistic conditions for the artists as well as for the promotors of classical music. END_OF_DOCUMENT_TOKEN_TO_BE_REPLACED 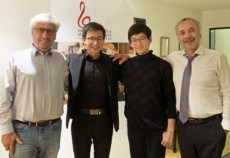 Nikolai Song and Yuan Yu, both winners of ICMA’s Discovery Award, took part in an in week-long intensive class with Professor Philippe Bernold at the International Music Academy in Liechtenstein. On our picture the young musicians are seen with their teacher and the Academy’s General manager Drazen Domjanic. END_OF_DOCUMENT_TOKEN_TO_BE_REPLACED 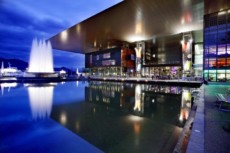 The Luzerner Sinfonieorchester, orchestra-in-residence of the KKL Luzern, is hosting this year’s ICMA Gala and Award Ceremony on May 10, at the KKL. As Switzerland’s oldest symphony orchestra, it has gained an international standing and is perceived as one of the leading Swiss orchestras. Strongly anchored in Lucerne, a city with a worldwide reputation for music, the orchestra offers a number of concert cycles and organises the Zaubersee Festival of Russian chamber music in Lucerne. It also acts as the opera orchestra of the Lucerne Theatre. James Gaffigan was appointed Chief Conductor of the orchestra in the 2011/12 season. END_OF_DOCUMENT_TOKEN_TO_BE_REPLACED

American conductor Lawrence Foster who will conduct this year’s ICMA Gala Concert with the Lucerne Symphony Orchestra on 10 May at the KKL, was conducting a superb concert with Penderecki’s Eight Symphony in Warsaw, on April 18, with the National Polish Radio Symphony Orchestra Katowice (NOSPR) and the NFM Choir from Wroclaw. NOSPR hosted last year’s ICMA Award Ceremony and Gala Concert. END_OF_DOCUMENT_TOKEN_TO_BE_REPLACED 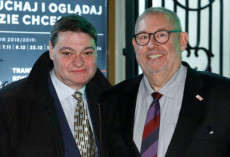 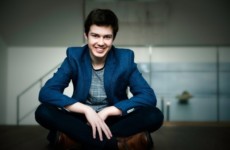 Today the Lucerne Symphony Orchestra’s residency at the Tongyeong Festival in Korea came to an end. The orchestra had  a great success. Both symphonic concerts as well as a concert for children were sold out, and today’s chamber music concert was very well attended, the management says. END_OF_DOCUMENT_TOKEN_TO_BE_REPLACED