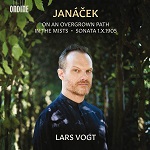 The German pianist and conductor Lars Vogt died yesterday, after being diagnosed with cancer in 2021. He was 51 years old. He was an ICMA winner 2022 in the category Solo Instrument.

Vogt was born in Düren, Germany, in 1970, and his career took a considerable rise in 1990, when he won second prize at the Leeds International Piano Competition.

Vogt founded his own chamber festival, ‘Spannungen’ in June 1998 in a former hydroelectric power station in Heimbach, near Cologne. He started conducting and in 2015, he became Music Director of the Royal Northern Sinfonia. After a five-year tenure, Vogt stayed on as principal artistic partner from 2020. From the 2020/21 season he was Music Director of the Orchestre de chambre de Paris.