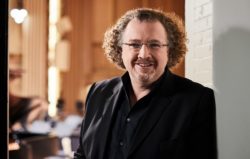 French conductor Stéphane Denève is the recipient of an International Classical Music Award for his recording of Honegger’s Jeanne d’Arc au Bûcher, an oratorio for actors, singers, choir and orchestra. For this recording, he is at the helm of the Royal Concertgebouw Orchestra Amsterdam for the orchestra’s label, RCO Live. Jean-Pierre Tribot from the ICMA Jury member magazine Crescendo made the following interview with the conductor.

The composer Honegger is a victim of an often-negative prejudice. What is Honegger’s place in the history of music in the 20th century for you? What are his particularities?
This quasi-purgatory of Honegger is strange for me when you see the immense importance of this composer before the Second World War. But the same could be said of Zemlinsky or Hindemith, for example. Yet Honegger has a unique place in the history of French music because he achieved a synthesis of French and German values. His music is harmonically very colourful, very sensual in its orchestration, in that very French, but at the same time very organised, formal, contrapuntal, with a very assertive rhythmic pulse, qualities from across the Rhine! In any case, his humanistic depth is certainly international! In an attempt to explain the negative preconception, and even though I love this composer, I must admit that there is perhaps a grandiloquent aspect and a sentimentality that have aged a bit. But it’s nothing that justifies this certainly exaggerated negative attitude!

Jeanne d’Arc au Bûcher remains by far Honegger’s most played work. What is the strength of this score? 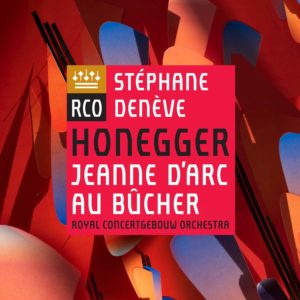 Its inspiration! It is a very inspired work, crossed by a particular breath, and whose final scene is exceptionally moving, edifying. It is always difficult to explain what distinguishes a good piece from a true masterpiece. Many of Mozart’s works are almost never played even though they are very similar to his most popular masterpieces. What is that little extra soul that makes music essential? For Jeanne au Bûcher, how to define this breath, this power? The collaboration with Claudel? This is also the case for La Danse des morts, with a libretto by Claudel as well, and yet it is almost never played. In any case, I think that the character of Jeanne is obviously an immense asset, and that the historical context of the creation helped the work to become an icon of heroism and love, beyond an exacerbated patriotism which is for me more anecdotal.

What are the challenges for the performers?
In fact, it is a very delicate work, because it is very disparate and it is complicated to make it a whole thing. The continuity of the work rests on the intensity and the theatrical power of the two main actors, Jeanne and Brother Dominic. I must say that I was fortunate enough to have for those roles Judith Chemla and Jean-Claude Drouot who were absolutely marvellous. It also requires an extremely invested choir because the Honeggerian counterpoint is complex. The challenge is also not to fear a certain benevolent naivety for the picturesque aspects of the score, to accept its somewhat dated theatricality. Basically, being myself from the North of France and therefore the product of a mix between Latin influences from the South and Protestant influences from the North, this sentimentality speaks to me a lot. More technically, there are a lot of questions to be resolved in terms of the indicated tempos which are sometimes disturbingly slow, and the balance between the voices, the orchestra and the actors which imposes a compromise that is not always ideal. 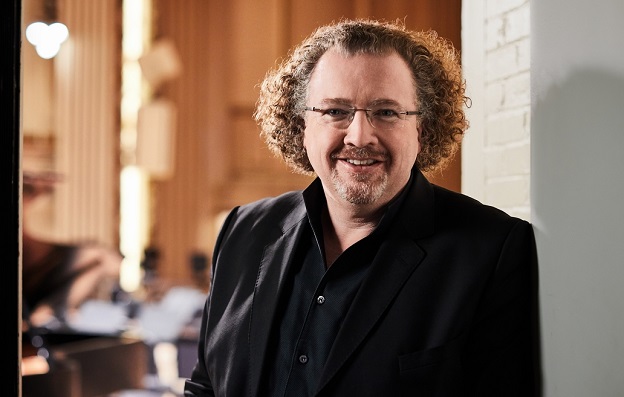 The orchestration is a bit peculiar with a large orchestra completed by three saxophones and Ondes Martenot. Is it difficult to make such an instrumentation sound?
To be frank, I don’t have much merit with an orchestra like the Concertgebouw that is so fantastic and shows such a creative, passionate and generously attentive attitude. What’s more, Honegger’s orchestration is very effective. The use of saxophones instead of horns is after all quite natural, it gives the winds of the orchestra a slightly more acidic colour, a slightly more archaic, medieval look, like a fantasized Middle Ages. I almost regret that Honegger didn’t use sackbut instead of trombones, or even a snake. I really like the Ondes Martenot: even if they offer a retro-futuristic colour that is a bit dated, they bring a composite element in phase with this rather bric-a-brac work.

The Amsterdam Concertgebouw is an elite orchestra with which you collaborate regularly. How did they appropriate this music?
Most of the musicians didn’t know the composition and were playing it for the first time. So, they had a fresh and virgin look at a music that was new to them. I can say that they clearly loved it. Many came to tell me how much they fell in love with this oratorio, it was really touching. It’s a dream orchestra, elite indeed, but without snobbery, like a huge chamber music group. I’m lucky to have a very friendly relationship with them and we’ve done a lot of different repertoire, so I have a confidence that has allowed me to work on the style in detail, and I hope that the discographic result will reflect that. I am deeply happy that there is a recording of this unforgettable experience.