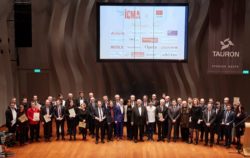 In the sold-out NOSPR concert hall in Katowice, 1800 people applauded on Friday evening (6.04.18) the performing artists and the National Polish Radio Symphony Orchestra in Katowice at the 8th Gala concert of the International Classical Music awards, ICMA.

Prior to the concert, the Award Ceremony took place at the NOSPR Chamber music hall, where winners or their representatives took their trophies from various Jury members. In his opening speech, ICMA President Remy Franck said: « I am really happy and satisfied that we have once more a broad spectrum of musicians from all genres among our winners, and since our Jury is not caring about whether the generalistic press calls a musician star or not, we are proud to have you, true and valuable musicians who bring the musical world forward. The impulse to idolize is as old as the gods, of course, but when we aggrandize the actors we belittle the music and that would be the most wrong way to go. As actors of specialized musical media we look askance at what is happening in the generalistic press, where the musical world is presented more and more in a simple tabloid style, without any scale of those values we care for. And that’s why you are here, dear winners and that’s why many so-called stars never will make it to one of our ceremonies. » 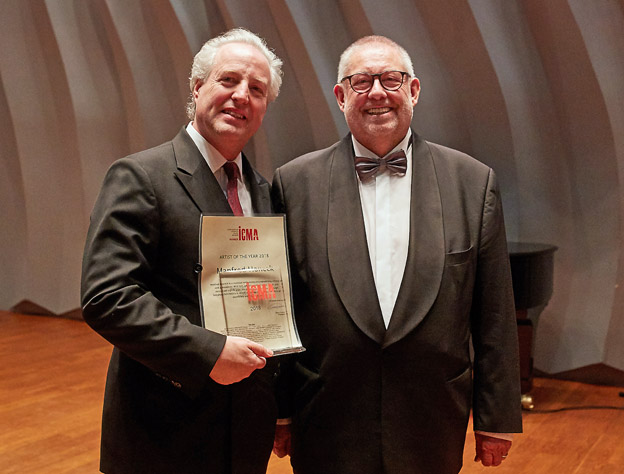 The list of the winners who took their trophy either themselves or had sent representatives, is available here. Lifetime Achievement Award winner José van Dam who recently suffered a car accident, could not attend the ceremony, but expressed his happiness about the award through a video message. 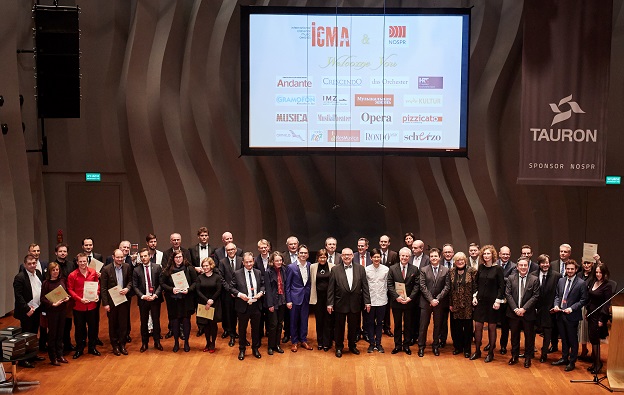 During the Award Ceremony, violinist Antoni Ingielewicz (*2001), accompanied by Monika Wilinska-Tarcholik, impressed the audience in his outstanding and finely differentiated performance of Nocturne and Tarantella by Karol Szymanowski. Young pianist Piotr Alexewicz (*2000) had been proposed by the Krzysztof Penderecki European Centre for Music, which won a Special Achievement Award from ICMA. He became applause for his well-shaped performances of Beethoven’s Rondo a capriccio G-major op. 129 as well as two Preludes from Chopin’s Opus 28. 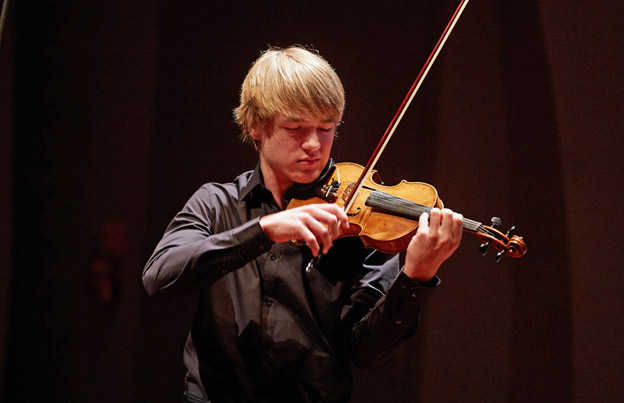 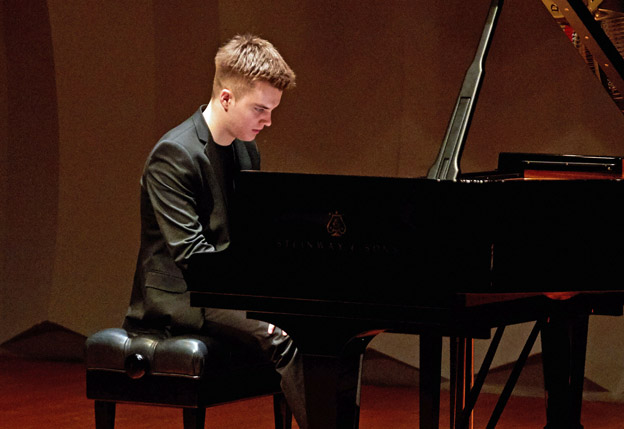 Elzbieta and Krzysztof Penderecki could not attend the Ceremony due to a concert in Salzburg. Elzbieta Penderecka send a message, which Remy Franck read at the Ceremony: « On behalf of my husband and myself it is with great regret we can’t be with all of you on this very special occasion here in this magnificent hall in Katowice. Over the years the International Classical Music Awards became one of the leading awards recognizing great achievements in classical music. In these times with a fast developing and changing music industry it is even more important rewarding outstanding and exceptional music achievements. No matter whether the achievements have been done in the artistic field by either great masters or young talents or within institutional work and important career building academies such as the Krzysztof Penderecki European Centre for Music. »

The gala concert in the main hall was the climax of the event, broadcast live on Polish Radio 2. Remy Franck told the audience: « Tonight we celebrate the success of our music industry and the flourishing of musical creativity. We can consider ourselves privileged to have the opportunity to attend such an event and to share it with millions of listeners of radio stations all over the world. »

ICMA Galas have been held in different cities during the past years, Franck said. « And today we are in Katowice, in this marvelous concert hall which I consider, with its classy elegance, as one of the most beautiful in the world, not to speak about the excellent acoustics. But above all we are happy to have been invited by the National Polish Radio Symphony Orchestra. In Poland, that all of the Jury members have learned to know as one of the richest and busiest musical countries, we think that the Polish National Radio Symphony Orchestra is currently the best symphony orchestra, and that’s why it received this afternoon one of our Special Achievement Awards, a recognition of all the great values this orchestra stands for. » 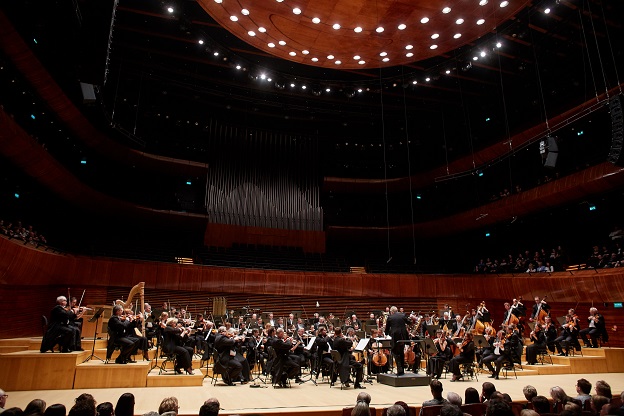 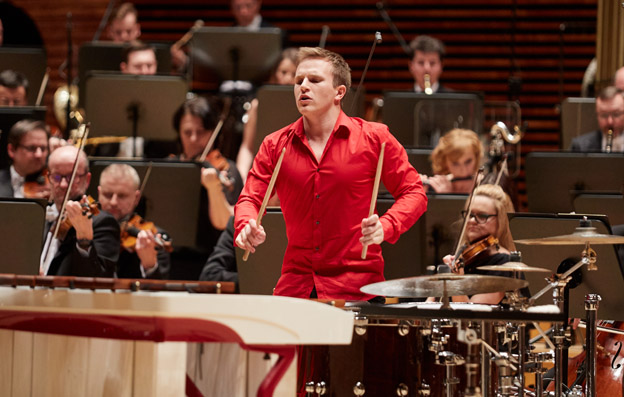 The first soloist to perform was Christoph Sietzen, Young Artist of the Year, with Indoafrica from Avner Dorman’s Percussion Concerto Frozen in Time. His spectacular yet also deeply musical performance earned a rave reaction from the audience. 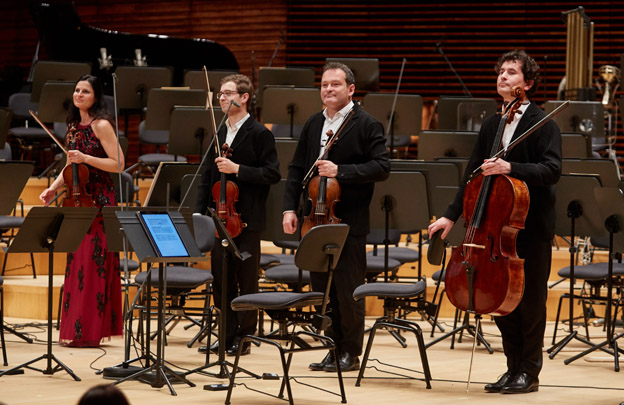 The renowned Belcea Quartet was representing ICMA’s label of the Year, Alpha, and performed Leos Janacek’s String Quartet No. 1 – Kreutzer Sonata – in one emotionally charged journey – there was a lot of energy and passion in the air.

Manfred Honeck conducted a marvelously inspired and most memorable performance of Antonin Dvorak’s Rusalka-Fantasy (arranged by Thomas Ille). Caring for the varied atmospheres and an appealing contrast between lovely cantabile and opulence he got the best from the deeply committed orchestra. 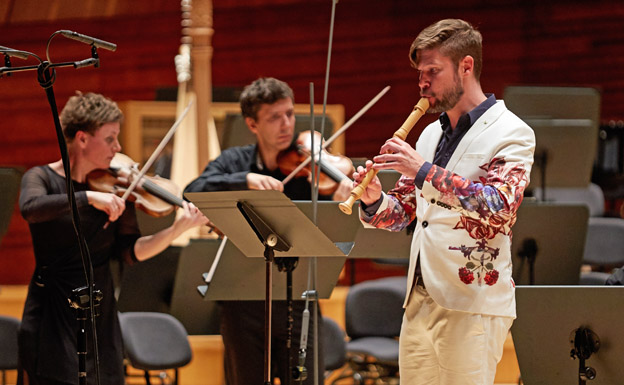 Playing with the superb baroque orchestra Oh! from Katowice, Stefan Temmingh, winner in the category Baroque Instrumental, got an enthusiastic applause from the audience for his cheerful and ravishingly virtuoso performance of Georg Philipp Telemann’s Concerto TWV 51:C1. 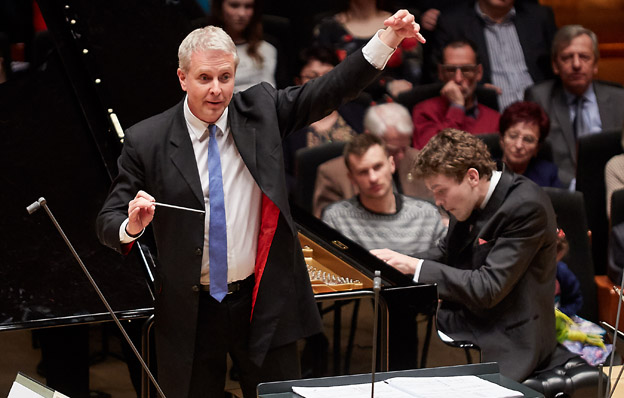 Witold Lutoslawski’s Variations on a Theme by Paganini took benefit from the crystal-clear playing by Szymon Nehring, winner of ICMA’s Outstanding Young Polish Artist Award. The performance was absolutely fascinating due to a breathtaking verve in the orchestra as well as in the solo part. 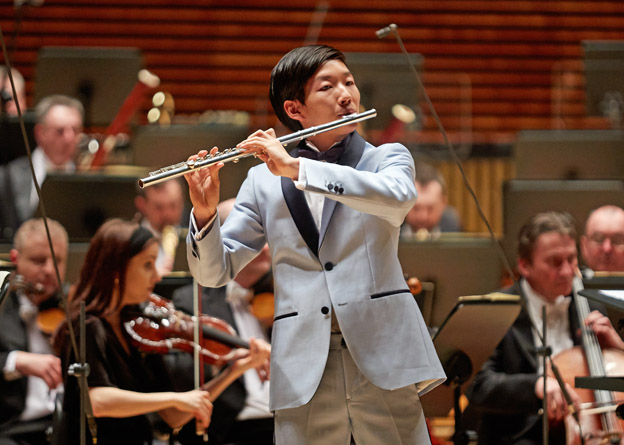 16-year-old Chinese flutist Yuan Yu (Discovery Award, organized in collaboration with the International Music Academy Liechtenstein) played the first movement from Carl Nielsen’s Flute Concerto. With an elegant sound, his playing was light and supple, nimbly gliding between the two characters of the work, the singer and the jabberer, with moving cantilenas and chatty virtuosity.

The concert ended with the splendid and opulent Concert Overture Op. 12 by Karol Szymanowski and a standing ovation from the audience.

ICMA’s next Award Ceremony will take place on 10 May 2019 at Lucerne’s KKL with the Lucerne Symphony Orchestra conducted by Lawrence Foster.