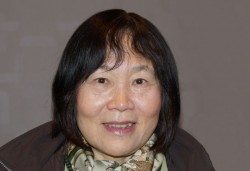 Chinese pianist Zhu Xiao Mei* won an ICMA Special Award 2015 with her Bach recordings for Accentus Music**. ICMA Jury member Nicola Catto has made the following interview with her.

I read in your autobiography that “the search for a proper tempo is not confined to the world of music; one must seek it in life as well”. What does it mean?
The question is very intellectual, but I will answer in a simple way. It takes time to find the good tempo: if you play five years, you’ll find it. It is a very important matter, if you have a wrong tempo, people will not follow you. You must be neutral, and this pursue will always be a long one.ph 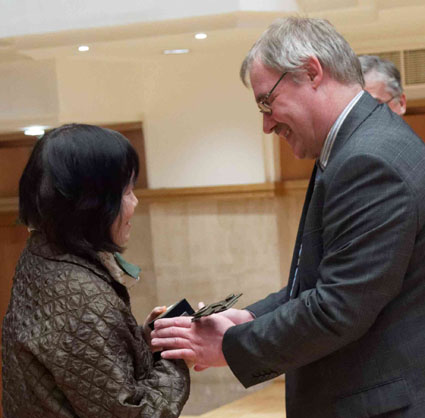 But how this idea affect your way of playing? Once you have found the right tempo, the right colours, the right phrasing, every night, every concert is the same?
Not really, there is not black or white, the truth lies somewhere in-between. It depends on the environment, on the concert hall: if it’s small, it’s easier to communicate with the public. However, changes are not that big.

So, the audience it’s important to you…
Very important! Many colleagues will not agree, and they will say, “I play what I feel”. But if you don’t play for the audience, then it’s better if you stay home! I need the audience to help me…

And also teaching is an important way of having a relationship with people!
I think so: we practice on our own every day, but we must learn to persuade the people. Many musicians play beautifully, but without feeling: it doesn’t ‘pass’ and people get tired, bored…

Your career – but I guess you prefer the expression ‘musical life’ – is mainly focused on Bach: why?
Sometimes we cannot explain. When I studied at the Conservatory, I played 5 or 6 hours a day, until I was exhausted, but the last piece was always a Bach one, because it gave me more energy. Also in the concentration camps, I felt I had to play Bach to stay alive and to keep my dignity, my humanity; and I when I play Bach I would never stop, I always keep going.

Another sentence I found in your book: “The stiff and unbending is the disciple of death; the gentle and yielding is the disciple of life”. How much freedom do you take when you study a composition and when you play it in front of a public? Is the former the ‘stiff’ period and the latter the ‘yielding’ one?
It’s not my sentence, it’s a sentence by Laozi, the most important Chinese philosopher: when I came out of China I did not know anything about him, he was not in Mao’s red book! I never practice a new piece less than six month, but for big ones I need at least five years: maybe I am not very talented, but I must work on it a lot. That has happened, for example, with the Goldberg Variations and The Art of Fugue.

Don’t you think that The Art of Fugue is not ‘real music’, but a theoretical demonstration?
I agree, and for a long time I did not want to touch it, I did not understand it; but when I studied it, I realized that, once, time is the keyword. You must be generous with lifetime, and slowly, with meditation and spirituality, it will grow inside you: so I got very touched, I had a feeling, which must still develop. I played it in public only five times, and I still have a long way to go to convince the people.

The fact that it’s an unfinished composition is somehow fascinating or a problem?
It’s wonderful that it is not finished: it reminds me to Chinese philosophy, where nothing is finished. Maybe Bach did it on purpose: at the beginning of the last fugue, we feel something special, as he did not want to finish it. In this sense, I always say, laughing: “Bach is Buddhist”! That’s why Chinese people love so much him: he is for all religions, all nationalities. 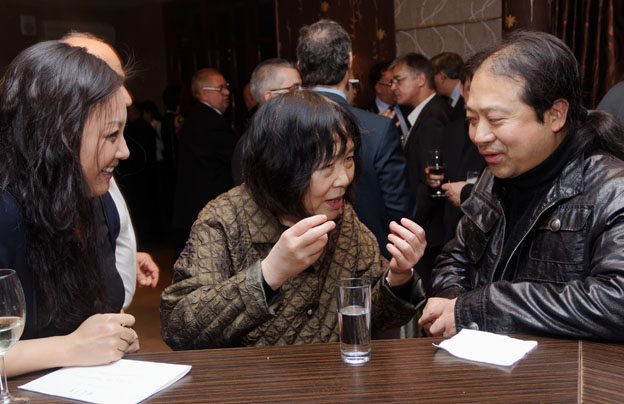 Which musical ideas do you want to develop in next years?
I would like to play Bach, especially the Goldberg, in as much countries as possible (now I count 25), to every kind of people, from businesspersons to pensioners and prisoners, people of every religion. And, of course, I’d like to play more Bach in China: I was there last here and it was wonderful. Many people had come for the very first time to a concert, but the stayed silent for the whole time and, at the end, we sold 300 recordings of The Art of Fugue! The record company told me that it had never happened!

In which sense do you feel close to Schubert?
Just the plain word makes arise emotions. Very few composers have attained that level. His music is plain, it isn’t at all artificial, we have to clean up ourselves in order to play it.

How do you see the development of classical music teaching in China?
It’s a wonderful, there are so many people playing the piano but, meanwhile, there’s still much to do: normally they only look for a proper technique, they want to play loud, fast! We had a competition with my classmates, to see who was faster in playing octaves: but that is not important, we must touch people.

So, what’s your opinion about your famous fellow countrymen like Lang Lang, Yundi, Yuja Wang?
Yes, their facility is extraordinary, even if now they seem to be focused mainly on virtuosity: but, who knows, maybe when they’ll grow older they will get tired of this!

If you had met Bach, what had you said to him?
First, I would explain him what China is and where it is! (laughs) Then, I would tell him how much Chinese people love his music, how deeply he has helped us to survive in difficult times. Then I would ask him if he likes how I play his music!

If you were allowed to save just one work of your repertoire, which one would you choose?
Well, that is a difficult question! I could say the Winterreise by Schubert, but I cannot forget either the Goldberg Variations, that saved me 30 years ago and now are a part of myself. Nevertheless, I’d hate having to leave Mozart, or Beethoven out! I would cry but… yes, I would definitely choose the Goldberg!

During your musical life, you played hundreds of concert: do you remember one being the most memorable, or successful one?
That is a good question, maybe I had a very special feeling (and the silence was special) just 3 times: the most particular took place in a church, in France, where I felt a special connection between praying and playing.

What do you regret most?
Not having played all the works by Bach: it is my dream, but I don’t think I have enough time. Another dream is opening a music school in China, playing there for people and teaching how to love music, to love Bach.

If you could travel in the past or in the future, where would you set your ‘time machine’?
Maybe 1980, when I got out of China and I learnt what freedom was, what the world had to offer. It was also a sad moment, because I never saw my family again.

If music would not exist, what would you do in your life?
I would be a painter: my mother was a painter, and painting moves me too. They have also an advantage: painters know what they’re showing to the people, pianists never know!

Are you a happy person?
No, I’m a sad person; maybe not when I’m talking with people, but inside I’m rather dark. The only way of being happy, maybe, would be forgetting myself…

* Zhu Xiao-Mei was born in Shanghai in 1949. Her music studies started early, and she played on Beijing radio and television by the age of 8. Two years later, she entered into the National School of Music for exceptionally gifted children, and also attended the Central Conservatory of Music. The Cultural Revolution interfered with her progress and she spent five years in a working camp in Zhangjiakou. Zhu left China for the United States in 1979, joining the New England Conservatory in Boston and gaining a master’s degree in piano performance in 1985. She moved to Paris that year. She gave her Paris debut recital in 1994. She taught at the Conservatoire de Paris and has given concerts in Europe, Russia, South America and Australia. She has published her own memoir, The Secret Piano: From Mao’s Labor Camps to Bach’s Goldberg Variations (trans. Ellen Hinsey).