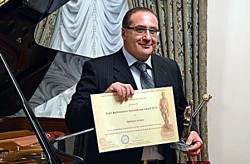 The First International Sergey Rachmaninov Award has been awarded to Italian pianist and conductor Epifanio Comis, professor at Bellini State Conservatory and  Accademia Pianistica Siciliana in Catania. He is the teacher of Alessandro Mazzamuto, ICMA Young Artist of the Year 2013. The ceremony took place at Tchaikovsky Conservatory of Moscow. This award from the Rachmaninov Society of Moscow is conferred on individuals who take a special interest in Rachmaninov’s work and spirit and is intended to support and pay tribute to their work. The bronze figure presented with the award is modeled by Russian artist Alexander Egorov.

Sergey Rachmaninov has a special place in Epifanio Comis’ musical life. As a pianist, he plays all the piano concertos with orchestra and most of his music from solo and chamber repertoire. As a conductor he conducted several symphonies and all piano concertos at the Rachmaninov Festival 2013.

In 2011, Epifanio Comis created his own high school of Performing Arts – Sicilian Piano Academy (Accademia Pianistica Siciliana), where students are instilled a special love for the music by Sergei Rachmaninov.

While being in Moscow, Comis was invited by the Tchaikovsky Conservatory to give a Master Class on Rachmaninov’s music. He also gave an interview to our colleagues from Russian Radio Orpheus. 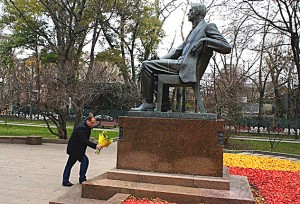 Epifanio Comis at the Rachmaninov monument in Moscow 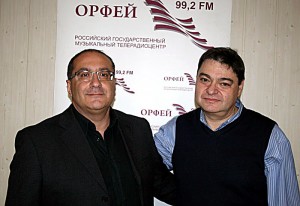