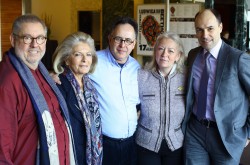 ICMA’s Award Ceremony and Gala Concert will take place on Saturday 12 April in Warsaw and be part of the 18th Beethoven Easter Festival. Preparation for this  event started already during this year’s edition of one of the musically richest festivals in Europe. Jury President Remy Franck and Board Member Martin Hoffmeister met the Festival’s General Director Elzbieta Penderecka and her team as well as Cornelia Much from the Festival’s Honorary Committee and Andrzej Sulek, the orchestra manager of Sinfonia Iuventus, the orchestra which will play during the Gala Concert. First organizational decisions were taken in order to have the entire logistic ready when the ICMA Jury will have completed it’s 2014 votes (which will not be the case before mid-December 2013). The winners will be officially published on 1 February 2014.

The Polish Sinfonia Iuventus Orchestra was established in October 2007. The Orchestra’s mission is to bring together the most talented students and graduates of musical academies. Since its debut in June 2008, the Orchestra has performed with many distinguished conductors including Gabriel Chmura, Theodor Guschlbauer, Kazimierz Kord, Jan Krenz, Grzegorz Nowak, Krzysztof Penderecki, Jerzy Semkow, Jerzy Swoboda and Antoni Wit, as well as the conductors of the young generation.

The Orchestra has made recordings for radio, television and film. It has released many CDs, the last recordings being the Complete Symphonies by Krzysztof Penderecki conducted by the composer himself. 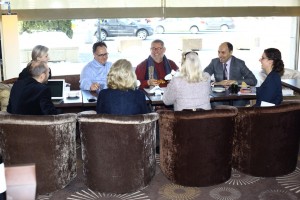