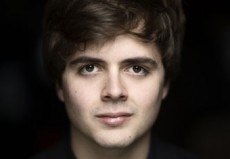 French viola player Adrien Boisseau will replace his colleague from the renowned Ebène Quartet on Friday 25 April during a concert at the Deauville Easter Festival. In the all-Mozart program he will meet ICMA Young Artist of the Year 2012 David Kadouch in the Concerto n°13 K.415, for piano and strings. 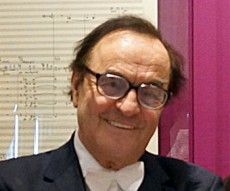 Swiss conductor and ICMA Lifetime Achievement Award winner Charles Dutoit will lead the Boston Symphony Orchestra on its upcoming tour to Japan and China, May 1-10, stepping in for Lorin Maazel who has to interrupt his activities until the third week of May due to an accident. END_OF_DOCUMENT_TOKEN_TO_BE_REPLACED

ICMA published today slide shows from the Award Ceremony and the  Gala Concert at the Beethoven Easter Festival 2014 in Warsaw. Click on the link to go right away to the galleries.

The International Classical Music Awards (ICMA) organized their Award Ceremony and Gala Concert yesterday at the Philharmonic Hall in Warsaw, hosted by the Ludwig van Beethoven Easter Festival. The Award Ceremony was presented by ICMA’s President Remy Franck, and awards were given to such artists as Charles Dutoit, Krzysztof Penderecki, Andreas Staier, Adrien Boisseau, Joseph Moog, Andrea Bacchetti, Daniel Hope, Holger Schröter-Seebeck and Signum Quartet. After the Award Ceremony, the Gala concert took place at the Philharmonic Hall, which was sold out since weeks. END_OF_DOCUMENT_TOKEN_TO_BE_REPLACED

The International Classical Music Awards (ICMA) organize their Award Ceremony and Gala Concert today at 5:00 p.m. at the Philharmonic Hall in Warsaw, hosted by the Ludwig van Beethoven Easter Festival. The Award Ceremony will be attended by numerous personalities from the world’s musical life, composer Krzysztof Penderecki, conductors Charles Dutoit, José Maria Florencio and Holger Schröter-Seebeck, label representatives from Audite, BIS, Dux, Melodiya, Glossa, eaSonus, Alia Vox and of course by the ICMA winners 2014. After the Award Ceremony, a Gala concert takes place at the Philharmonic Hall, which is sold out since weeks. END_OF_DOCUMENT_TOKEN_TO_BE_REPLACED 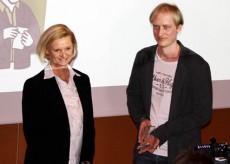 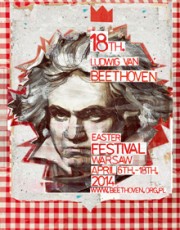 What a parade! One Quartet, three pianists, one violinist, one viola player four conductors and the Polish Sinfonia Iuventus Orchestra, all winners of ICMA’s prestigious Award list 2014! These world renowned artist gather on the 12th of April at Warsaw’s Philharmonic Hall for the ICMA Gala Concert 2014, hosted by the Ludwig van Beethoven Festival. Here is the program: END_OF_DOCUMENT_TOKEN_TO_BE_REPLACED