ICMA’s partner for the 2018 Award Ceremony, the Polish National Radio Symphony Orchestra presents a new festival, Katowice Kultura Natura which will run from the 15th until the 24th of May 2015. Under the artistic direction of the NOSPR’s Artistic Director and Chief Conductor Alexander Liebreich, this music festival will showcase renowned soloists, ensembles and orchestras from Poland and abroad, in varied and ambitious programmes. END_OF_DOCUMENT_TOKEN_TO_BE_REPLACED

The Belgian magazine Crecendo has put online a short video with excerpts of this year’s ICMA Gala concert in Ankara. Here is the link.

Dmitrij Kitajenko continues his Brahms cycle with the Qatar Philharmonic Orchestra on 25 April with the Violin Concerto and the Fourth Symphony. The concert at the opera house of Doha reunites two prize-winners of the International Classical Music Awards, Dmitrij Kitajenko, winner of the Lifetime Achievement Award 2015 as well as the Artist of the Year, Christian Tetzlaff, who plays the solo part in the Concerto. 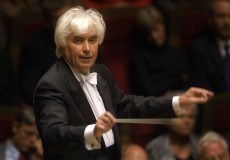 Russian radio Orpheus and Radio 100,7 from Luxembourg will broadcast the ICMA Gala Concert with the Bilkent Symphony Orchestra on Thursday, 23 April 2015 from 20:00 – 22:00 respectively on 7 May from 14:00 – 16:00 (Internet Livestream: http://www.100komma7.lu/lu/go/on-air/). The concert was recorded on 28 March at the Bilkent Symphony Hall in Ankara. END_OF_DOCUMENT_TOKEN_TO_BE_REPLACED

The International Classical Music Awards (ICMA) create their Discovery Award, aimed at distinguishing young musicians from 12 to 18 years. This new award category is created in close collaboration with the Foundation International Music Academy in the Principality of Liechtenstein. END_OF_DOCUMENT_TOKEN_TO_BE_REPLACED

In Bad Ragaz, where the ICMA General Assembly is to take place in February 2015, Europe’s largest sculpture exhibition is organized once more at Grand Resort Bad Ragaz. The Swiss Triennial Festival of Sculpture, known as Bad RagARTz, will be held for the sixth time now, and aims to be bigger and better than its predecessors, a beacon of the art world and the largest Swiss sculpture event of its kind. END_OF_DOCUMENT_TOKEN_TO_BE_REPLACED

ICMA published today three slide shows from the Award Ceremony and the Gala Concert in Ankara. They can be accessed by the Galleries button.