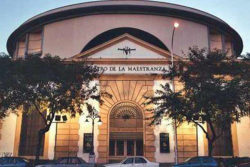 Since some years, the ICMA Jury invites young musicians to the Award Ceremonies, where they can perform for a select audience with winners, industry representatives, Jury members and guests. This year two musicians will enrich the ceremony, Spanish guitarist Pedro Rojas-Ogayar as well as Greek flutist Stathis Karapanos. They were invited by the jury on the proposal of John Axelrod who will conduct the Gala Concert with the Royal Symphony Orchestra of Seville on 30 April 2020. 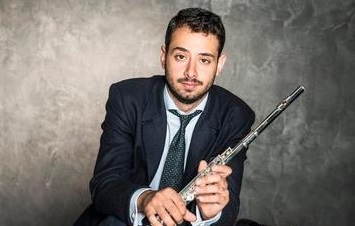 Born in Athens in 1996, Stathis Karapanos announced at the age of 5 to his mother that he had decided to start playing the flute and that one day he would become a soloist. After first studies in Athens and Sofia, he was accepted at the age of 16 at the Music University of Karlsruhe. Over the years, he has performed as a soloist with numerous orchestras and ensembles. « I especially wish to highlight the honour I had to get acquainted and perform for Maestro Christoph Eschenbach, who has been my mentor ever since. »

He was appointed First Principal Flute of the Athens State Symphony Orchestra, a post that he left in July 2018 to continue his studies with Prof. Bernold at the Conservatoire National Supérieur in Paris.

In the Seville event he will play Debussy’s Syrinx and The Great Train Race by Ian Clarke.

Born in Torres, Jaén (Spain), Pedro Rojas-Ogayar started his musical education in this city. Later he studied in Seville, Málaga, Madrid and Berlin. He played as a soloist in Spain, Italy, Portugal, United Kingdon and Germany. He is also active as a chamber musician. He is the Artistic Director of the Spanish Ensemble Proyecto OCNOS.

In 2015 he recorded a CD with music of Spanish Composers of the XXth and XXIst centuries. Recently, he presented his second solo CD with music by Joaquín Rodrigo for the label IBS Classical.

During the ICMA Award Ceremony Pedro Rojas-Ogayar will perform a piece by the Sevilla composer Alberto Carretero, called Oud, based on the Al – Andaluz traditional instrument.