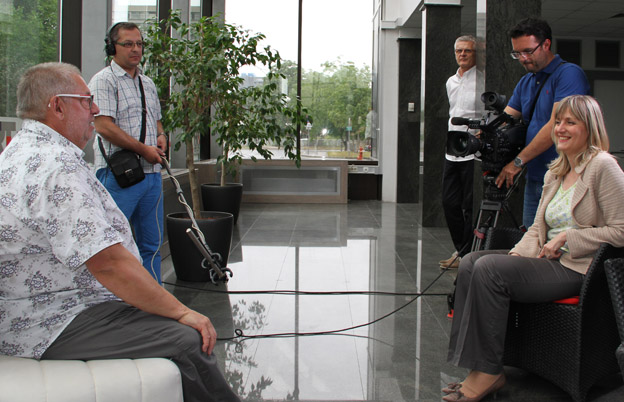 HRT is the 17th member of ICMA and Croatia the 14th country represented in the Jury. ICMA President Remy Franck says: « We are very proud to welcome HRT in our Jury. Croatian Radiotelevision operates several programs dedicated to culture as well as a HRT Symphony orchestra, Choir, Jazz Orchestra and Tamburitza Orchestra, thus giving a large place to classical music. With HRT we increase the number of broadcasting companies in our Jury to four, all of them being a full active member of the European Broadcasting Union. »

Deputy to the Head of HRT Production, Zoran Mihajlovic, says: « HRT is extremely pleased to join the ICMA Jury, especially because now we have a great opportunity to present Croatian music and discography editions as well as to be a part of an international jury to select the best achievements in classical music. I hope that HRT will be a respectable member of the ICMA Jury. »

The member of the Jury on behalf of HRT is advisor-mentor Sanda Vojkovic, musicologist and art historian with great experience in almost all music fields. She was a writer, editor and Head of the Music Production at HRT, editor in chief at the music magazine of Croatian Composer’s Society Cantus, production director of Music Biennale Zagreb – international festival of contemporary music, as well as several other festivals in Croatia, general manager of publishing and discography house Cantus, music producer for several editions, founder of international LAUS Academy for young musicians in Dubrovnik and one of initiators of the national Croatian Competition for young artists Papandopulo. She says: « It is a great honor to become a part of the ICMA Jury. I will do my best to promote the International Classical Music Awards on HRT as well as Croatian music production at ICMA. »