ICMA Board members Remy Franck and Martin Hoffmeister recently visited the ‘Accademia Pianistica Siciliana’ in Catania (Sicily), the institution where ‘Young Artist of the Year 2013’ Alessandro Mazzamuto comes from. The ICMA representatives were able to meet Prof. Epifanio Comis, the driving force at this Academy as well as several students, who played a concert at the institute which is located in an ancient palace of the central Via Etnea, surrounded by a fascinating view of the city and the beautiful Sicilian landscape. END_OF_DOCUMENT_TOKEN_TO_BE_REPLACED 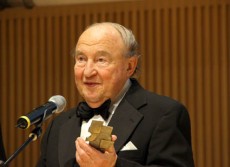 Renowned Pianist Menahem Pressler celebrates his 90th birthday today. Pressler who received ICMA’s Lifetime Achievement Award in 2011, is currently in Amsterdam for concerts with the Concertgebouw Orchestra. For his birthday BIS published a marvelous Beethoven-Schubert-Chopin SACD. The plan for this recording was made during the ICMA festivities in Tampere in 2011. The entire Jury says: Happy Birthday, dear Menahem!

Naxos Germany put together an impressive list with ICMA nominations of labels belonging to Naxos Group or being distributed by Naxos: naxosdirekt.de – ICMA2014

The Board of the International Classical Music Awards ICMA held a meeting in Paris last Saturday. The members validated the result of the votes qualifying the winners of the Awards 2014 which will be presented on 12 April 2014 in Warsaw. The Award Ceremony and the Gala Concert will be hosted by the Ludwig van Beethoven Easter Festival. The names of the winners will officially be published on 20 January 2014. END_OF_DOCUMENT_TOKEN_TO_BE_REPLACED 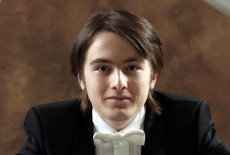 ICMA Winner Christopher Nupen is looking for partners to produce both a portrait film and a performance film about Russian pianist Daniil Trifonov, as Allegro Films has done so effectively with several other top musicians in the past. « Those who join this project will be happy », said Nupen. END_OF_DOCUMENT_TOKEN_TO_BE_REPLACED

A film about Polish composer Krzysztof Penderecki has been presented in Leipzig. On the occasion of Penderecki’s 80th birthday, this film portraits the artist with a comprehensive ‘work in progress’ documentary: despite his growing age, Penderecki, ICMA Lifetime Achievement Award winner in 2011,  is still an unflinching and active composer and conductor. END_OF_DOCUMENT_TOKEN_TO_BE_REPLACED 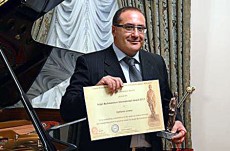 The First International Sergey Rachmaninov Award has been awarded to Italian pianist and conductor Epifanio Comis, professor at Bellini State Conservatory and  Accademia Pianistica Siciliana in Catania. He is the teacher of Alessandro Mazzamuto, ICMA Young Artist of the Year 2013. The ceremony took place at Tchaikovsky Conservatory of Moscow. END_OF_DOCUMENT_TOKEN_TO_BE_REPLACED