Following an invitation of its member Radio Orpheus (Russia), the ICMA Jury recently held its annual winter meeting in Moscow. Main topics on the Agenda were the preparation of the next Award Ceremony in Nantes (May 2012) as well as the Rules and Regulations for the 2013 Awards. The R&R section of this website has been updated accordingly and shows all related information. Most notable is the creation of a new category (the 15th) for CD productions: Best Collection, a category allowing admittance for CDs comprising works of different genres (Examples: Concerto + chamber music or solo piece, symphonic music + choral works etc.). The General Assembly also elected a new Board, confirming Michèle Debra (Crescendo, Belgium), Remy Franck (Pizzicato, Luxembourg), Martin Hoffmeister (MDR Figaro, Germany), Stephen Hastings (Musica, Italy) and choosing as a new member Pierre-Jean Tribot (ResMusica, France). Remy Franck was elected President of the Jury for another period of 3 years, until June 2015.
While being in Moscow, the Jury members had the opportunity to visit the Irina Arkhipova Foundation, the label Melodiya, the Tchaikovsky Conservatory and the Bolchoi Theatre, receiving exhaustive information from the leaders of those major Russian institutions. 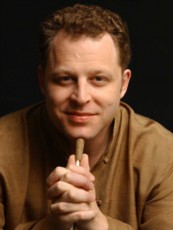 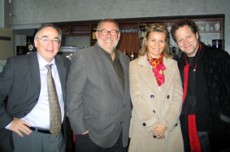 Preparation for the ICMA Gala Concert and the Award ceremony 2012 took a notable step with a meeting between the three major partners for this outstanding event on May 15th at La Cité in Nantes (France). La Cité’s marketing director Corinne Denuet, Michel Ayroles, General Manager and John Axelrod, Music Director of the Orchestre National des Pays de la Loire, and ICMA’s Jury President Remy Franck met on the spot to set up the key elements for the evening’s organization.

The Award Ceremony will take place on the 15th of May at 18.30 at the Auditorium 800, followed at 20.30 by the Gala Concert at La Cité’s main auditorium which seats 1.970 people. John Axelrod will conduct the concert, broadcast live by France Musique and in deferred mode by Radio MDR (Germany), Radio 100,7 (Luxembourg), Radio Orpheus (Russia) and numerous other EBU radio stations. Winners of the ICMA 2012 will perform during that concert.

Highlights of the unique evening will be coming from Beethoven’s Triple Concerto, Prokofiev’s Third Piano Concerto which will be heard as well as Penderecki’s Sinfonietta and Liszt’s Danse Macabre. The rest of the program will be known early in 2012.

For ICMA 2012 the world’s finest musicians, label managers and representatives of the music industry will gather in Nantes to celebrate musical excellence.

ICMA awards 2012 are currently being prepared by the international Jury (see the list in the dedicated area).

All the Special Awards have already been fixed, and major steps for the Gala Concert in May 2012 in Nantes were taken along with the evening’s music director John Axelrod.

The nomination process for the normal CD and DVD categories is the next tread, to be concluded early in November, before the voting procedure itself will be launched and terminated after three rounds in December.

The Gala concert in Nantes will be broadcast live by France Musique and offered to the entire EBU network, giving millions of listeners the opportunity to listen to the ICMA winners 2012 and the Orchestre National des Pays de la Loire which will host this major musical event of the next year. 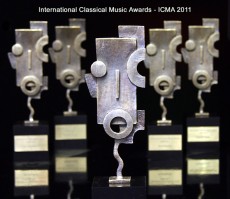 Lifetime Achievement Award winner Menahem Pressler played Mozart, Artist of the Year Esa Pekka Salonen conducted his work ‘Helix’, Young Artist of the Year David Kadouch was heard in Mendelssohn’s Second Piano Concerto. One of the driving forces behind the BIS Sibelius Edition, Folke Gräsbeck, played, together with the strings of the Tampere Philharmonic, Sibelius’ Piano Quintet in a newly realized transcription by the Tampere Philharmonic’s composer in residence, Jouni Kaipainen. END_OF_DOCUMENT_TOKEN_TO_BE_REPLACED

The Jury of the International Classical Music Awards – ICMA announced the winners for 2011 in 20 categories.

« Our international and independent Jury has selected the winners from a nomination list comprising over 500 CD and DVD productions and a wide range of artists and labels. Our winners are the expression of the highest artistry and demonstrate that this Jury is a stubborn holdout for nonaligned value judgments in a world of low-common-denominator commercialism! » said Remy Franck, President of the Jury. END_OF_DOCUMENT_TOKEN_TO_BE_REPLACED